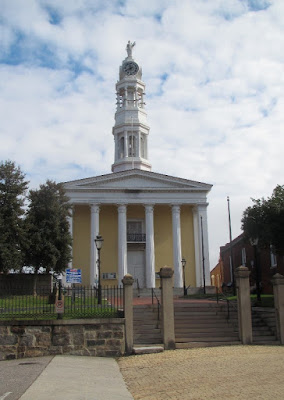 Even though I'm a month behind on the blog, Petersburg, VA was a little chilly in early November. Petersburg is another important Civil War location, and has an interesting "Old Town." The Courthouse was built in 1838 and managed to survive the Siege of Petersburg, when it was the Confederate headquarters. 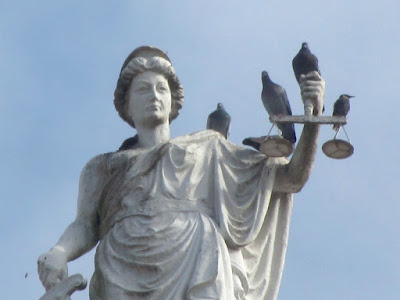 It's nice that the statue on top holds her arm out to provide a place for birds to park themselves. 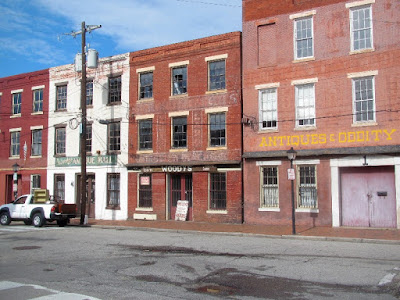 Down in the Öld Town section of town are some cool old buildings. 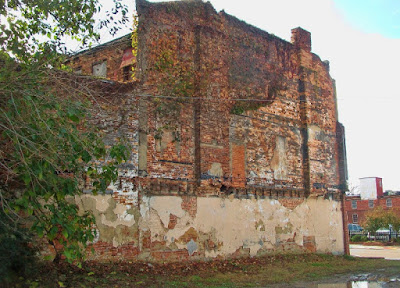 Parts of the movie "Lincoln" were filmed here - 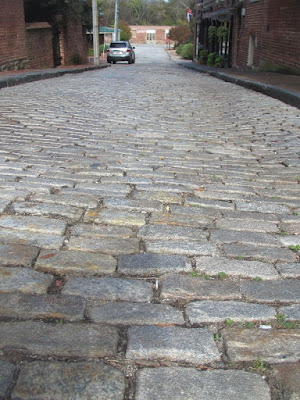 Especially on the old cobblestone streets. Abraham Lincoln himself spent time here in 1865 after the end of the war and right before he was killed. 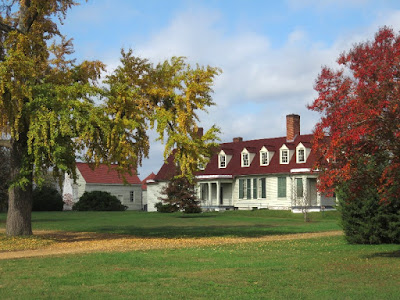 He also spent time at Appomattox Plantation, where Ulysses S. Grant had his headquarters during the 9 1/2 month siege of Peterson during the Civil War. We got a tour of the house - 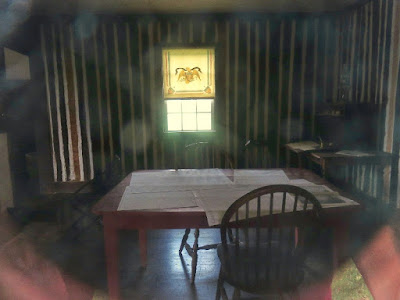 But the headquarters was closed. But I did get some pictures through the dirty windows. 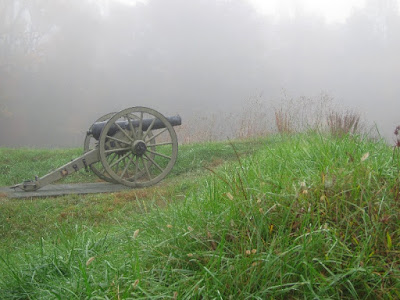 We also went to the Petersburg National Battlefield, where the fog made for some interesting pictures of the cannons. 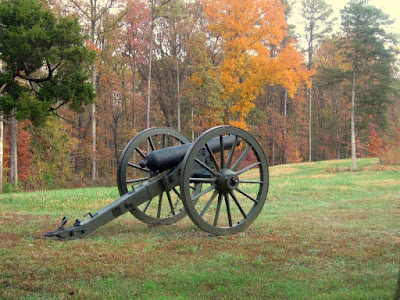 The fall color was still good there a month ago. 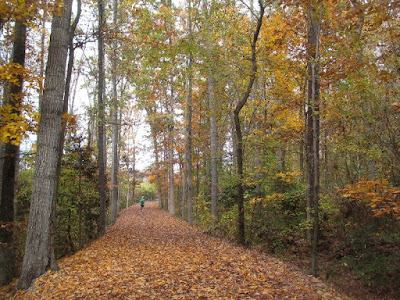 We also went to Midlothian, where we took a short hike to the first commercial coal mine in America. 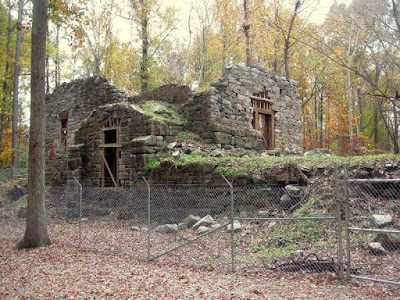 It was discovered on the James River about 1701. 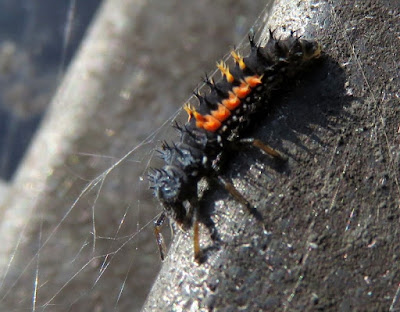 I was easily distracted on the walk. Look! A bug! 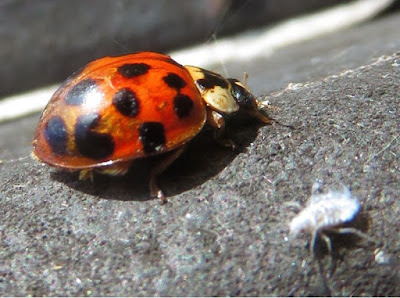 And a ladybug with a little tick friend, whom I didn't see until I looked at the photo. 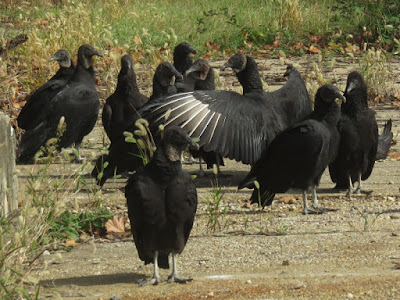 We drove by a big group of Black Vultures - 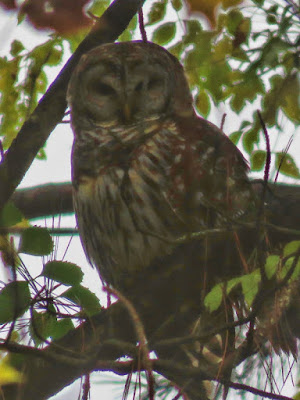 And went we got back to our parking spot, a Barred Owl was there to great us.