Factory Tours Galore and a Taste of the Civil War 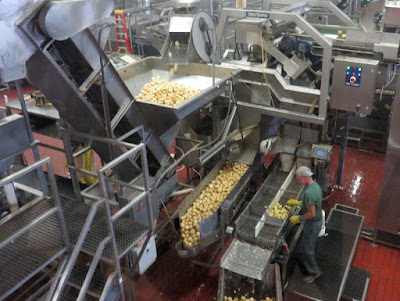 The group next moved on to Hanover, PA. The Hanover and York area is known for being the factory tour capital of the world. We hit 3 biggies, starting with the UTZ Potato Chip factory. We got to see (and take pictures of) the whole process - from raw potatoes - 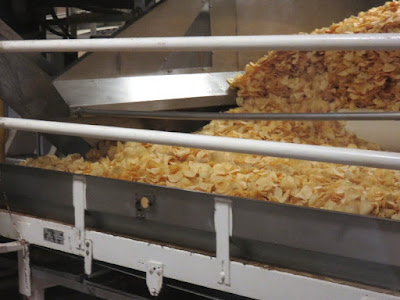 To the slicing, frying, drying, and packaging of the chips. 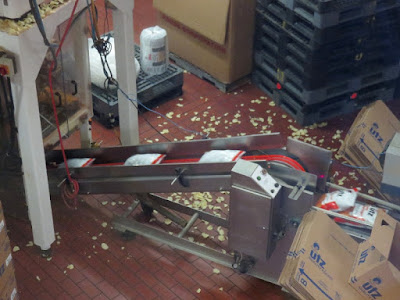 I just wanted to help them clean up their floor. I wouldn't even need a garbage bag... 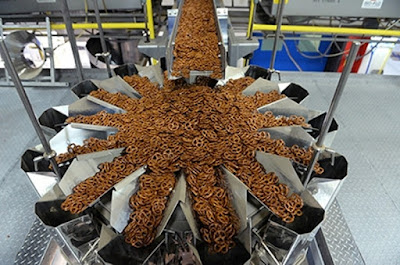 The other 2 tours did not allow photos, but there are always plenty on the internet. The Snyder's Pretzel factory is also in Hanover, and has a great company store. We did not leave empty-handed. 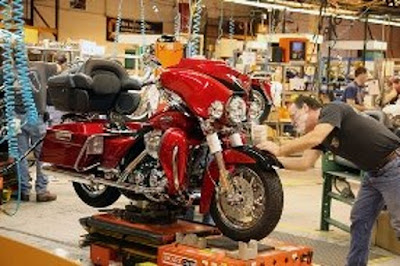 And the Harley Davidson factory is in York. The motorcycles being built move around the factory on self-propelled dollies that are programmed according to what model was being built. 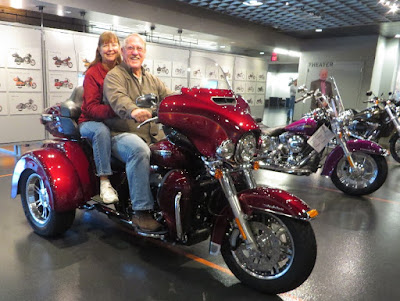 Don't worry, I did leave this factory empty-handed. 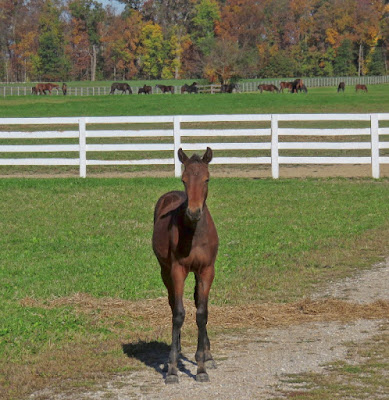 On another day we went to the local Amish Market and the Hanover Shoe Farm, the largest Standardbred racehorse breeding farm in the world. Standardbreds are used for harness racing. They have 374 mares in foal and 9 stallions. Nice odds... 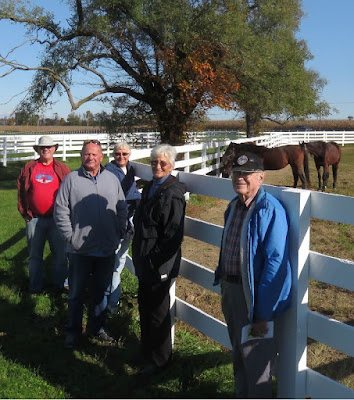 My 94-year-old father joined us that day. 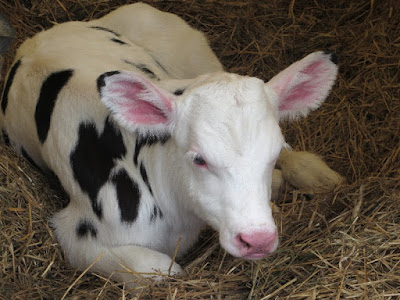 We also went to the Perrydell Dairy Farm, where we met some adorable baby calves, and had the best ice cream ever. But we bought some to take home, and it wasn't as good. 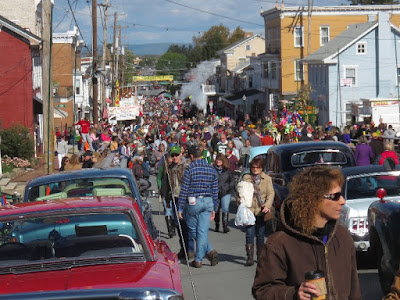 On Saturday, we went to the Dillsburg Farmers Fair in my father's hometown. There were lots of antique cars and tractors in town - 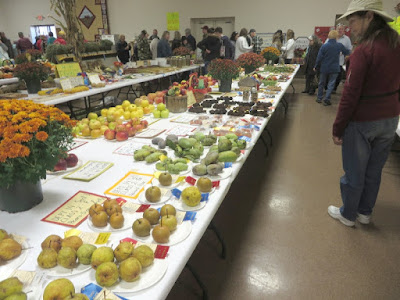 Along with indoor exhibits. There was also a flea market and craft fair. 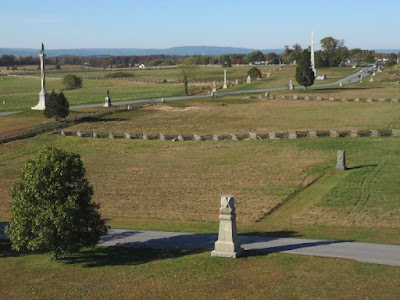 And then on our last day, we toured the Gettysburg National Military Park. It totally surrounds the town of Gettysburg, and contains hundreds of monuments. We did the whole 24-mile auto tour, stopping at a lot of the statues and monuments. 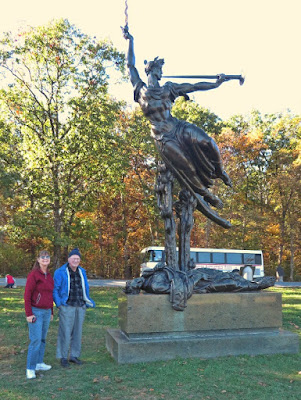 My father was our tour guide. 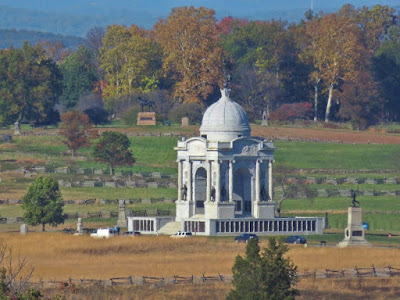 The Pennsylvania monument is the largest and most impressive. My great-grandfather's name is on it, but I don't think it's him, because he didn't join the war effort until the following year. 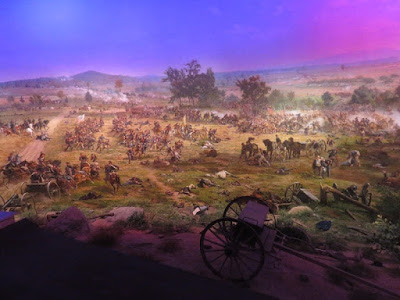 We also went to the museum and the Cyclorama, a 360-degree painting of the battle. 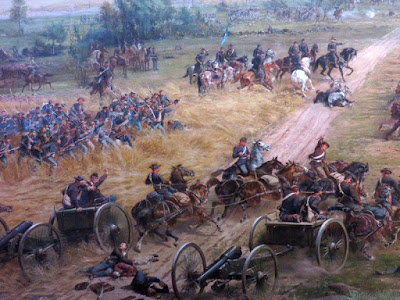 The details are incredible. 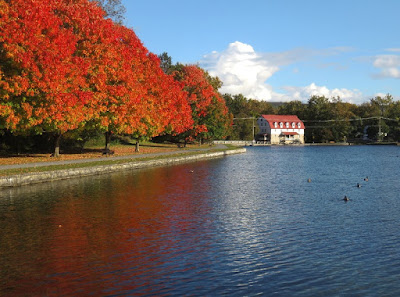 My father also took me to Boiling Springs, where I saw the best fall color yet. He grew up in a house by this lake.