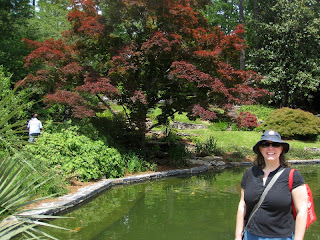 The other stop we made on the road trip to Pennsylvania was in Durham, NC to see Phil's relatives, especially his favorite neice, JoAnna.

We also got to see his brother Dennis and sister-in-law Susan, along with nephew-dog Riley, who is a wiz at playing the shell game. 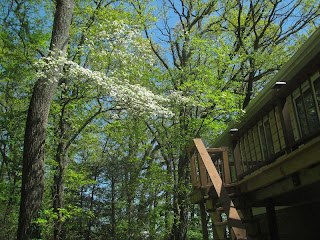 From there, my Aunt Mimi and I hightailed it up to Pennsylvania in one day! The trees were blooming beautifully at my father's house. 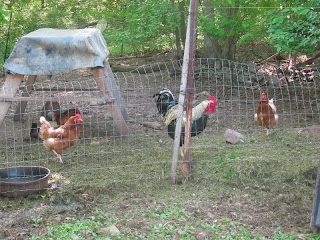 I stayed across the street on the property of the World's-Best-Neighbors, Steve and Nancy. I had some other rather loud neighbors, but I learned to put Kleenex in my ears at night so I didn't wake up at 4am. 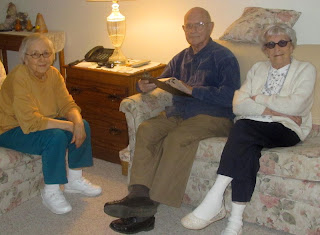 I managed to get a very rare photo of my father and his two sisters. Beatrice (my Aunt Bea) is on the left, and Millicent (my Aunt Mimi) is on the right.

The last time they got their pictures taken together was in 1981. 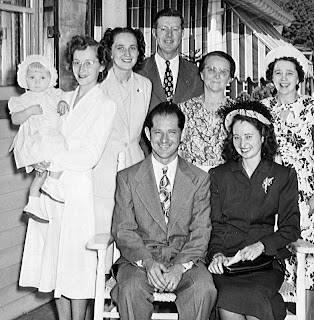 About the time of my parent's wedding. Aunt Bea is on the left, holding my one-and-only cousin Linda, and Aunt Mimi is next to her, with my Uncle Clarence, who passed away in 2010. My grandmother is next to him.

Here's a picture of the 3 siblings from 1931. They grew up in the idylic town of Boiling Springs, PA. 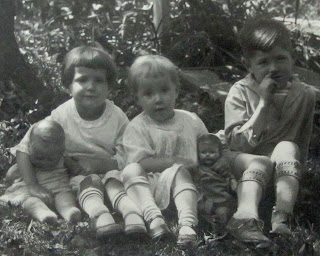 And here's an even earlier photo. (My father is going to kill me...)

Now for the really sad part... A few days after the sibling reunion, my Aunt Bea passed away suddenly. I am so glad they got to see each other a final time.