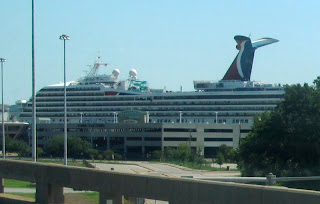 Moving further east, I went through Mobile, AL. Didn't stop, but saw an amazing drive-by sight - a cruise ship. And guess which one! The Carnival Triumph, towed here across the Gulf of Mexico, when it lost power in February. It suffered even more damage here when it broke free of its moorings during a storm. I'm sure glad I don't own Carnival stock...

I was headed to Pensacola, where Fort Pickens is located. This has been on my wish list for a long time. After the War of 1812, the United States decided to fortify all of its major ports. Fort Pickens was completed in 1834 as part of that plan. 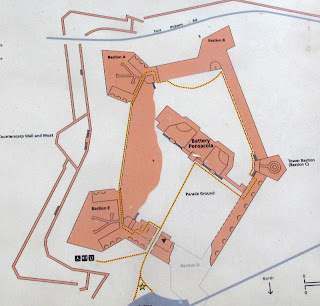 Here's a drawing of the fort - notice one corner is missing. 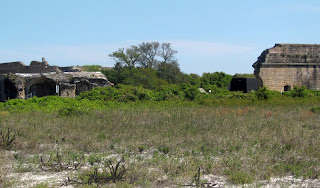 That is the result of an explosion in 1899 when a fire ignited 8000 pounds of powder. The explosion was so strong that bricks were thrown 1 and 1/2 miles away. 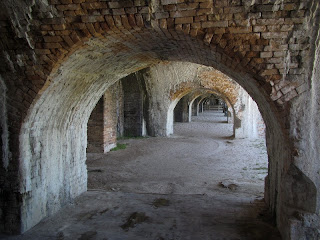 You are free to wander all through the fort - 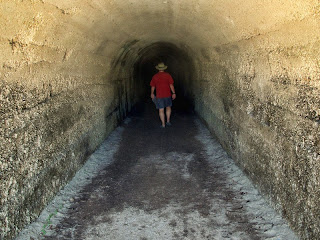 Even down some dark dead-end corriders. 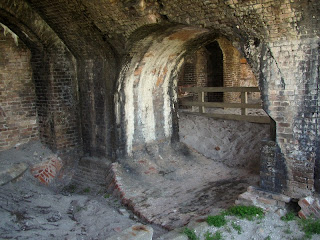 One of the arches is excavated so you can see how there is a top arch and a bottom upside-down arch for added support to prevent the fort from sinking into the sand. 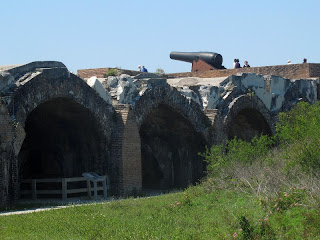 After exploring the first level, you can go up on top - 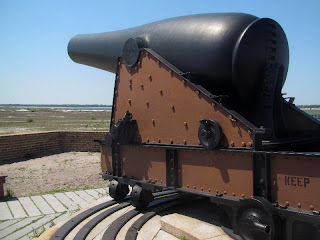 Where there are some big guns... 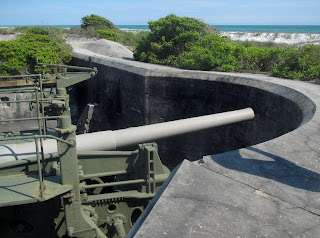 Nearby are several other fortified batteries. Battery Cooper contained pop-up guns, which would rise to shoot, then go back down to hide. 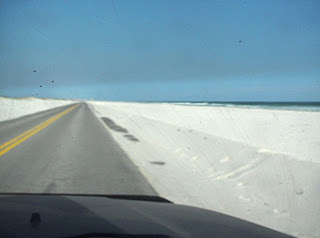 The drive back to Pensacola looked like a drive through snow!