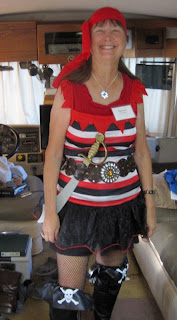 The first themed dance at the Dance Rally in Bandera, TX was Pirate Night. Since the WINs' Dance Rally with a pirate theme was cancelled for lack of pre-registration 2 years ago, a lot of us had pirate attire. 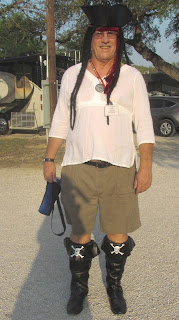 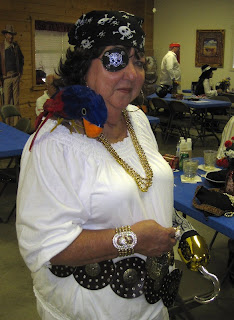 This was my favorite costume - Carolyn with the parrot on her shoulder and the hook for a hand. 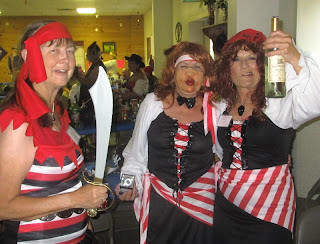 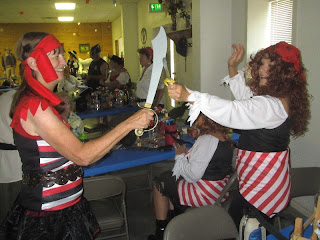 Pat challenged me to a duel, but she only had a tiny knife, but I had a big sword. Guess who won.... 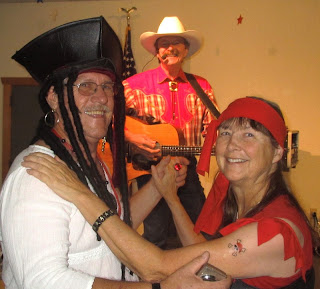 We were so happy to see Ronnie Furr again after we missed the dance rally the last 2 years. He is such a great entertainer. 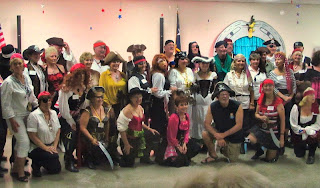 A group pirate photo - I'm on the lower right. 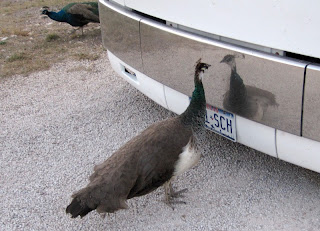 Back to Sonora Caverns - I forgot to put in a great photo of a peahen in the parking lot admiring her reflection in Phil's bumper. 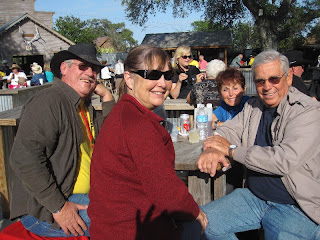 Fast forward again... On Wednesday nights, they have a Burn-Your-Own dinner and dance at the 11th Street Bar in town. 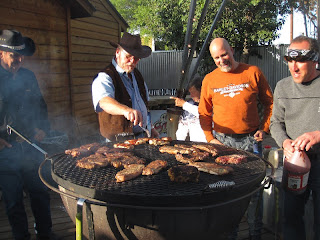 Bring your own meat to cook, and buy the side dishes there. 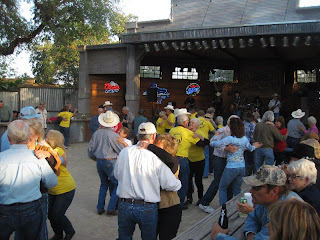 All the yellow shirts, and a lot of the other ones, belonged to our group. 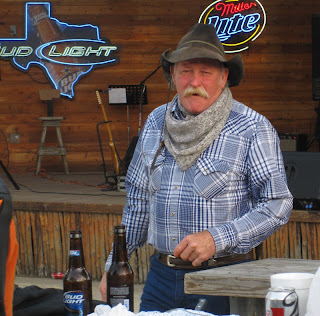 I even found a real cowboy there! 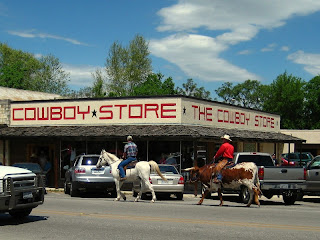 But just in case he's not perfect, there is a COWBOY STORE here!!!!! I wonder how much they cost?