Wow, Is This a Nice Town!

Pierre is the cleanest town I have ever been to, and the people are the nicest! They did everything they could to accomodate us, and seemed thrilled to have us visit. We parked in Griffin Park, right on the river. 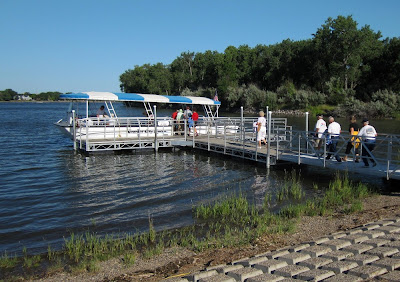 One evening we went for a two-hour tour on the Capital City Queen. 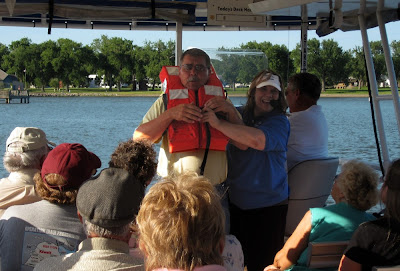 It started with Bob practically getting strangled in a life preserver. I sure hope we don't have to use those.... 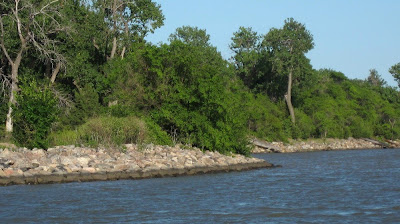 I was amazed at how pristine the banks of the river were for miles around. These rocks were put in to stop erosion. 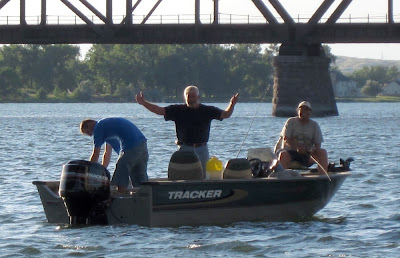 Under the old railroad bridge, we met a fisherman who was anxious to tell us something about the fish he caught. I couldn't quite get it... 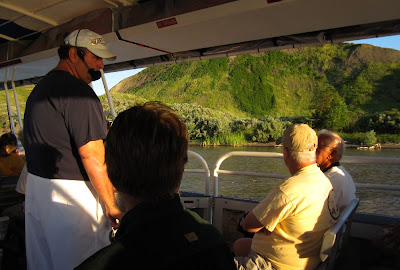 There was spectacular scenery on both sides of the river. 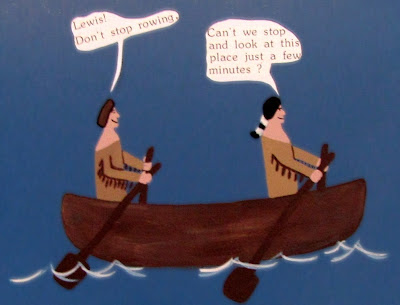 Louis and Clark thought so too when they went through here in 1804. 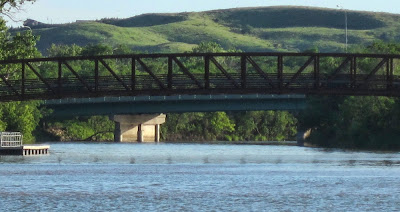 But this area wasn't a bed of roses for L&C. This bridge is at the confluence of the Bad River and the Missouri. This is where they met up with the Teton Sioux (Lakota) Indians. Although the meeting ended with no shots fired, it was tense when the Sioux tried to take one of the Expedition's boats. 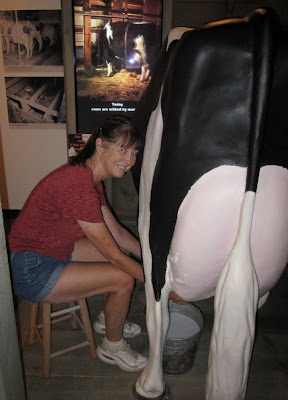 One day we all went to the Cultural Heritage Center in town. The best thing was a fake cow you could milk by hand and try to beat the milking machine. 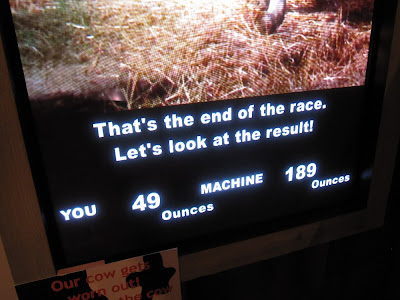 Of course, that's impossible, but I thought I did pretty good.

Just outside Pierre is the largest dam on the Missouri River. The dammed-up river forms Lake Oahe, the 4th largest artificial reservoir in the US, stretching from Pierre all the way up to Bismark, ND.

These are the intake tunnels viewed from the dam.

And on the other side of the dam is the powerhouse which contains 7 large water turbine generators. 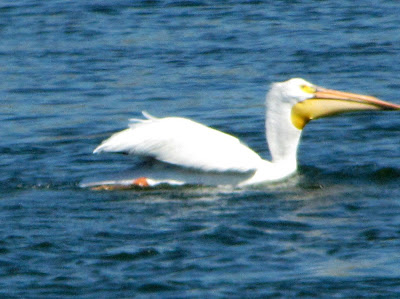 Fish must congregate where the water is discharged, because there were at least 20 pelicans having an easy time of catching fish. I caught this one with his mouth full.
Posted by Diana at 9:48 AM