Moving Up River to Bismark

The WINs have moved North to Bismark, ND, the next stop on our Lewis and Clark Circuit. 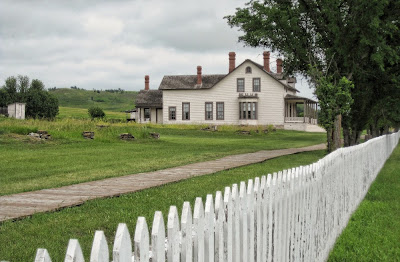 Across the Missouri River from Bismark is Fort Abraham Lincoln. Over the years, this area has been occupied by the Mandan Indians, fur traders, and the frontier army. 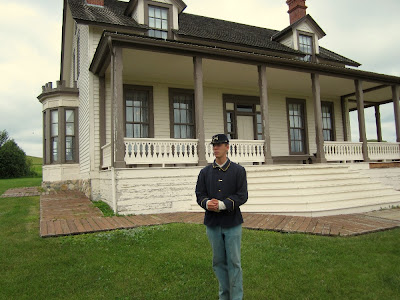 This young soldier insisted that the year is 1875, and this is General Custer's house. He offered to give us a tour. 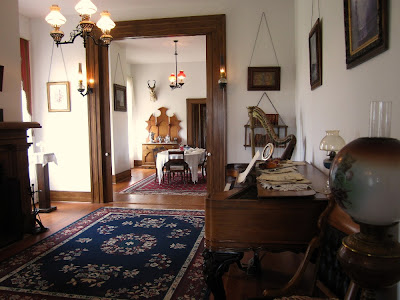 The house has been meticulously reconstructed, and filled with period pieces, including some that actually belonged to the Custers. 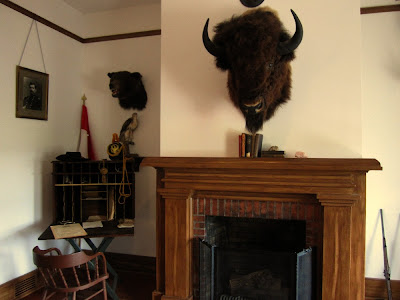 The Custers lived here from 1872 until his death at the Battle of the Little Bighorn in May 1876 (also known as Custer's Last Stand). 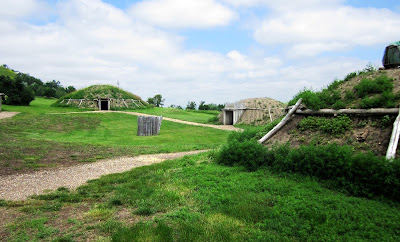 Nearby is a partial recreation of the On-A-Slant Mandan Indian Village. The Mandan lived here from 1600 to 1785, when a smallpox epidemic pretty much wiped them out. Lewis and Clark stopped here in 1804, after the village had been abandoned. 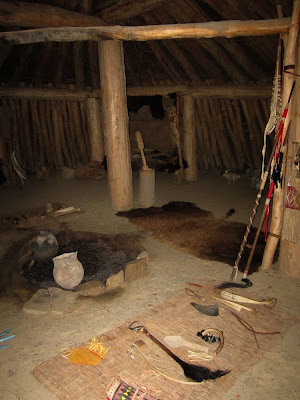 The village originally consisted of about 86 earthlodges, and a few have been reconstructed. 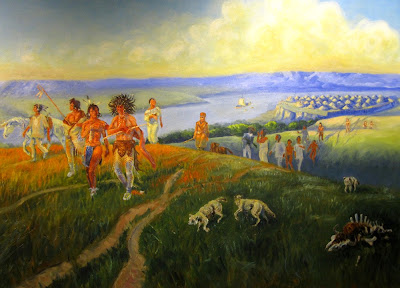 After stopping at the abandoned Mandan village, Lewis and Clark proceeded up river to the Hidatsa village, where the Mandan survivors of the smallpox epidemic had gone.

Here they constructed a small fort, Fort Mandan, where they spent the winter of 1804-1805. Without the help of this Indian village, the explorers may not have survived the winter.

This is also where they met Sakakawea. This young 16-year-old pregnant Indian woman would become very important to the success of the expedition. 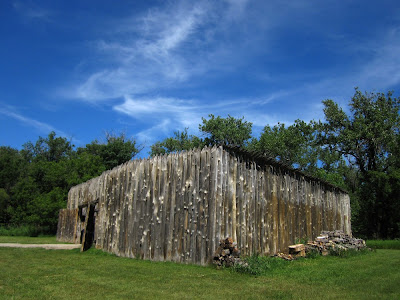 The fort has been reconstructed near the Lewis and Clark Interpretive Center in Washburn, ND. 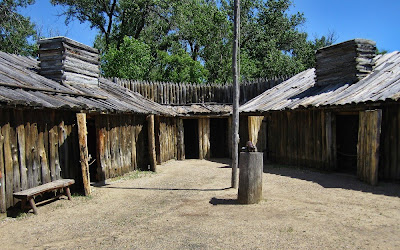 It seems like a small place for so many to stay for a whole winter. 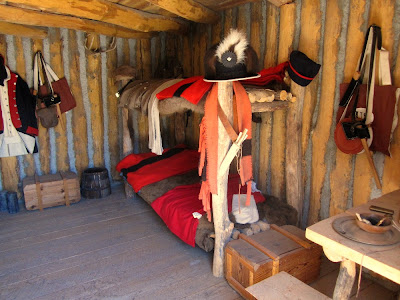 While the tour guide was talking, I was poking around in the different rooms. All very realistic and nicely done. 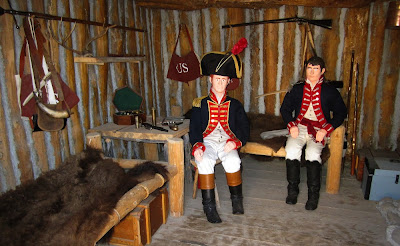 Oh wow! Imagine my surprise when I ran into Lewis and Clark themselves! 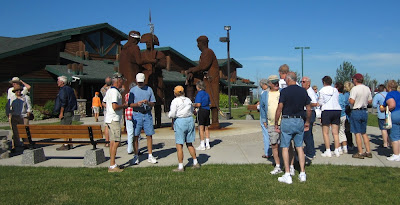 Outside the Interpretive Center are 12-foot statues of Meriwether Lewis, William Clark, and Mandan Chief Sheheke. 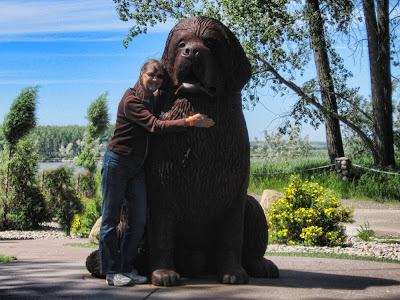 But my favorite was Seaman. Seaman was an important part of the expedition, helping with hunting and performing guard-dog duties.
Posted by Diana at 8:00 AM