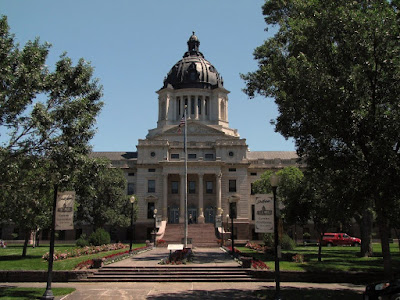 Pierre is the state capital of South Dakota, and has a beautiful capitol building. It is exactly 100 years old - they celebrated their centennial the week before we were there. 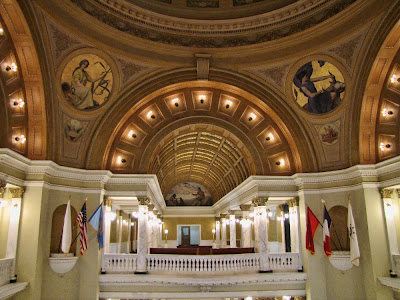 In the early 1980s, the Capitol hallways looked like "a bomb went off." But a multi-milion dollar restoration in the 1980s brought the building back to its 1910 splendor.

There is a lot of real marble in the capitol, but all the columns are made from Scagliola, which is man-made marble. In 1910, it cost $100 to make scagliola column, compared to $1000 for a marble one. 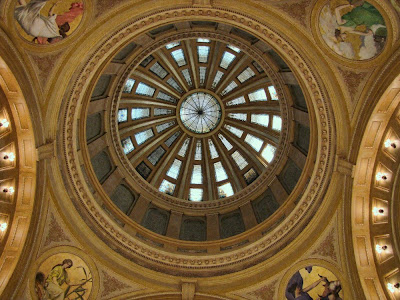 It's 161 feet from the floor of the rotunda to the top of the dome. The dome consists of 40,000 pounds of copper. In the dome corners are murals of Greek goddesses. 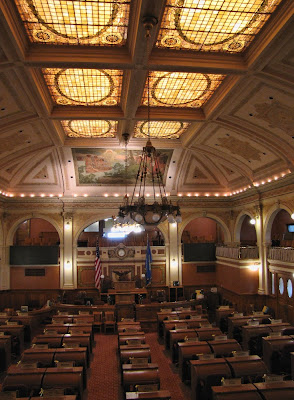 The House of Representatives was also restored in the 1980s. Even the carpet is an exact duplicate of what was installed in 1910. The highlight of the room is the large Victorian leaded stained glass on the ceiling. 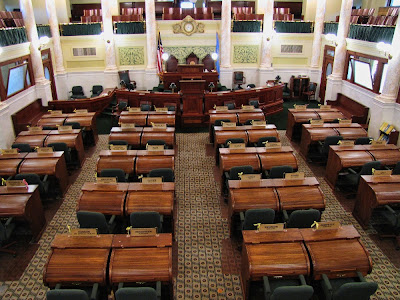 The Senate Chambers were also restored. The cherry wood rolltop desks were stripped and refinished to new condition. 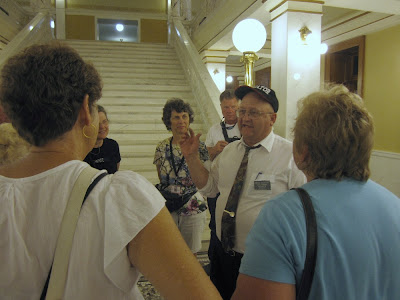 Going down the elevator at the end of the tour, we met a Senator, Frank Kloucek. He was a fascinating guy, and his district includes the town of Tabor, where we went to Czech Days. He was there, of course, and was surprised to find out we were too. 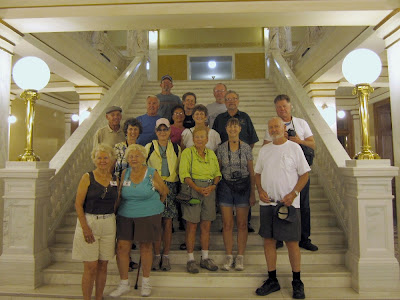 He offered to take our picture on the capitol steps. 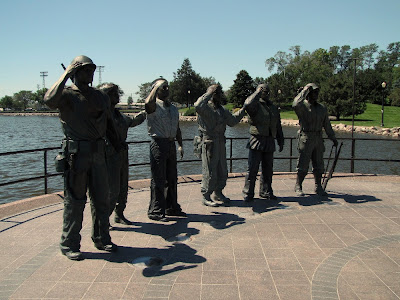 The grounds of the capitol include several memorials around a lake. The World War II Memorial is six bronze statues, representing the different roles South Dakotans played in the war. 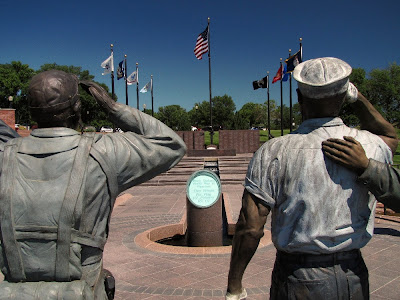 The bronze was slightly painted, which added to the realism. 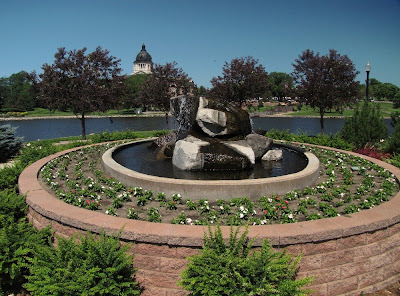 Now, here's the only bad thing I could find about this wonderful town. The water in Capitol Lake comes from a natural spring and doesn't freeze in the winter. So what's wrong with that?

Thousands of Canada geese think it's just fine. They devour the grass on the Capitol grounds, fill the air with their calls and leave copious droppings everywhere.
Posted by Diana at 11:31 AM