The Gem of Helena 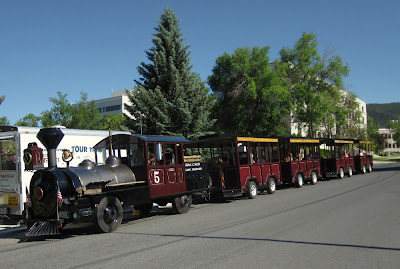 No, this isn't it. But the first thing we did in Helena, MT was take the Last Chance Train tour. 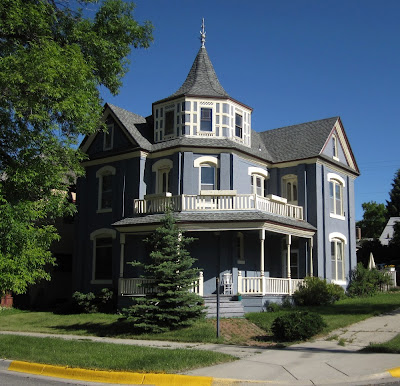 Helena is an old Gold Rush town, and has lots of interesting old houses. 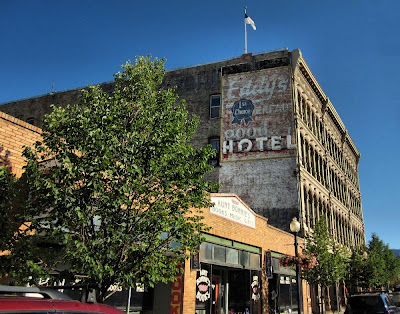 The Iron Front Hotel, built in 1888, is Montana's only known example of a prefabricated iron facade. And the fourth floor ballroom was once billed as the best dance floor in the West. 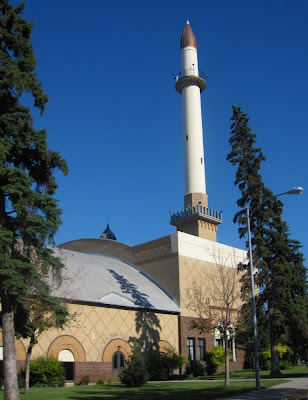 Helena also has some odd buildings, like the Civic Center that used to be a Mosque. 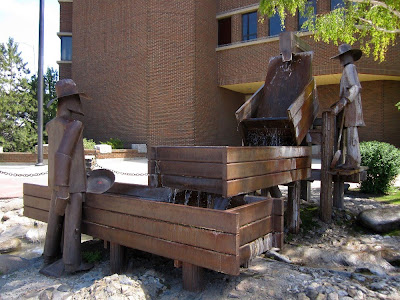 But Helena came to be because of the discovery of gold in 1864. The main street is still named Last Chance Gulch becaused gold was discovered here only when 4 Georgians decided to take one last chance in mining the nearby creek. As luck and fate would have it, the men found gold that evening. They named the stream they found the gold in Last Chance Gulch.

It was a huge find - eventually $30 million in gold was removed from the area. At one time in the late 1880s, there were more millionaires per capita in Helena than anywhere in the US! 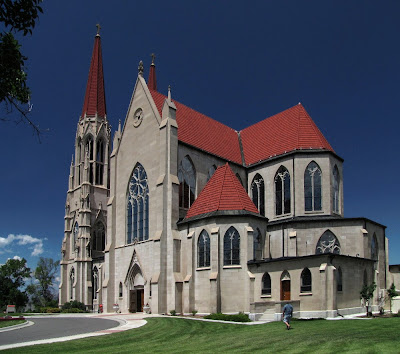 But finally - here's the real gem of Helena, The Cathedral of St. Helena. 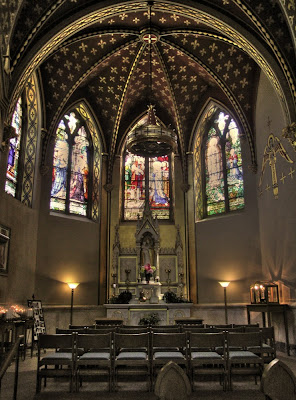 I don't usually visit cathedrals, but this one is really amazing. 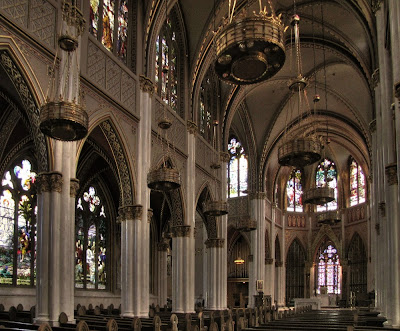 Completed in 1924, the highlight is the 59 huge stained glass windows. 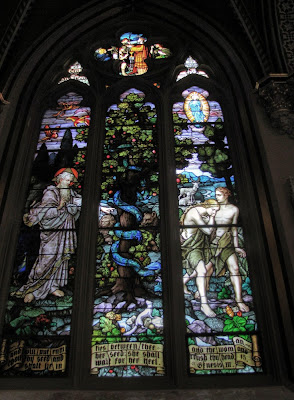 Made in Munich, Germany, 37 of the windows tell the story of Christianity, from the fall of Adam and Eve to the Church in the early 20th century. 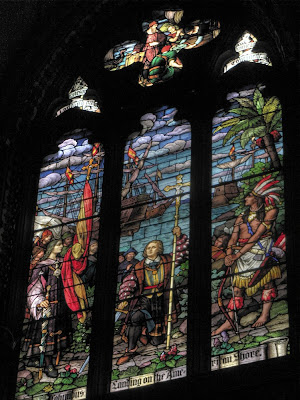 The one of Columbus seemed somehow out of place, but I guess I can understand it. 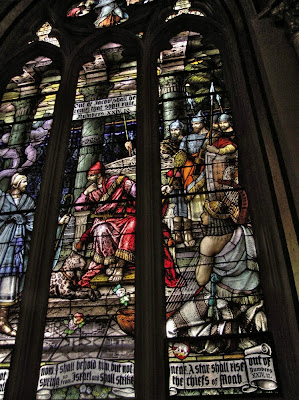 Most were fashioned after medieval art work representing biblical scenes. 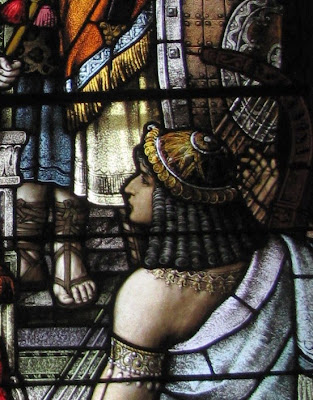 The detail painted on each piece of glass is truly incredible. 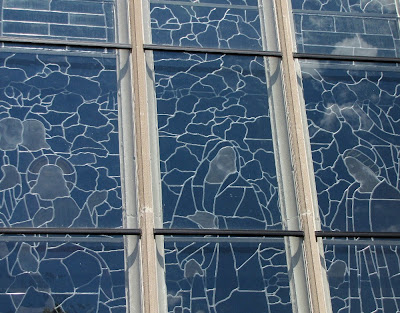 The windows are protected outside from vandalism and the elements.
Posted by Diana at 8:00 AM