Wow, I'm Really Behind in Blogging!

And now everyone will know, since I'm just getting around to the 4th of July... 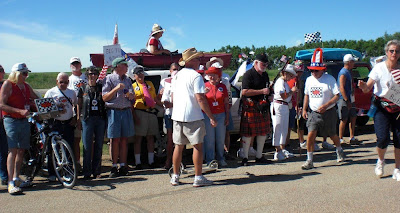 When the WINs went to the tiny town of Arnegard and just about doubled the size of their parade. 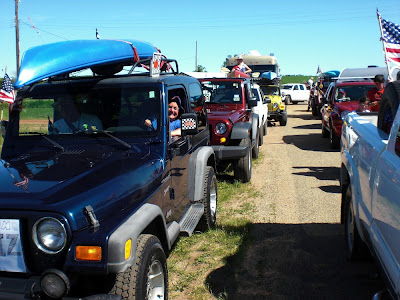 Don't miss Diane B. in the kayak on top of John's white jeep. 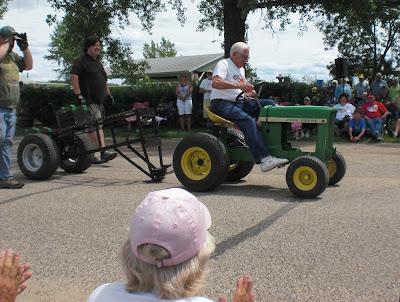 Later, some of the group participated in the tractor pull contest. John, 82-years young, came in 3rd! 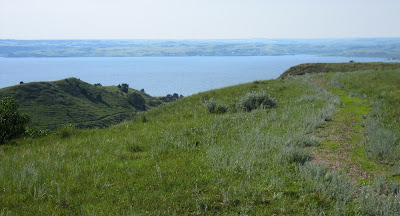 I promised a Lewis and Clark site from this stop even though we weren't parked near their route. Well, this is it! Down the hill, along what used to be the Missouri River but is now a dammed-up lake, is where - 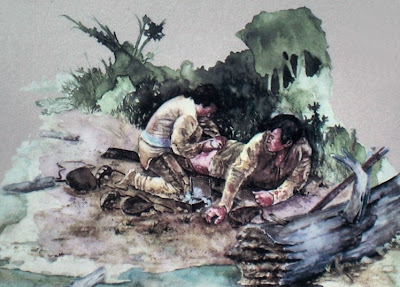 Meriwether Lewis got shot in the butt! He was elk hunting and accidentally shot by a crew member. It was August 11, 1806, and the Expedition was on their return trip. Fortunately, he knew what to do to prevent infection, but he spent many days traveling face-down in the canoe. 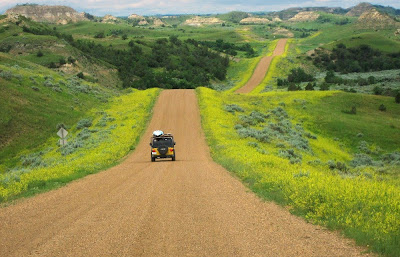 Another day we went on a drive to a remote area of Teddy Roosevelt National Park. Max led us through some beautiful country. Those yellow plants are actually a non-native noxious weed that the park would like to eliminate, but they sure are pretty. 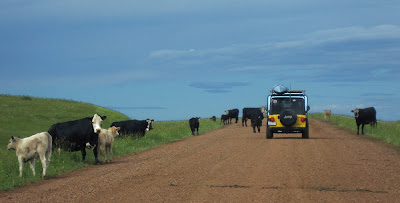 The going wasn't always so easy.... 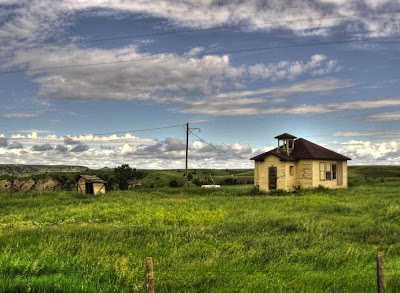 We saw a neat old schoolhouse and outhouse. 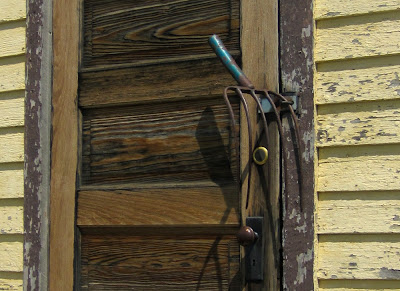 The "lock" on the door looked easy to pick so we went inside. 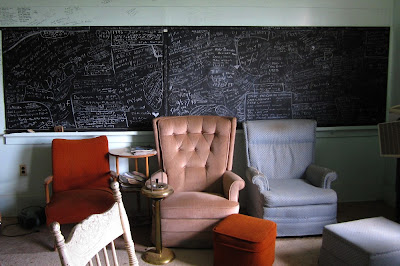 It seemed to be used as a hunting cabin, and everyone used the blackboard to relate their experiences. 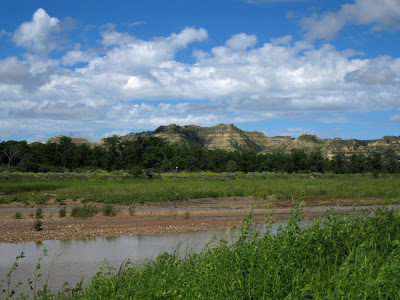 But this is the real reason for our journey. At this spot, across the Little Missouri, was where Roosevelt had a ranch, called Elkhorn Ranch. The area is actually a part of the National Park, a tiny section between the North and South Units. 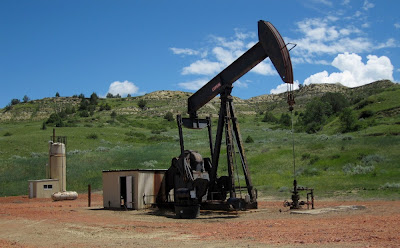 On our way home, we stopped at one of the many oil wells in the area. Turns out North Dakota is sitting on top of a super massive oil field that until recently has largely gone unnoticed. Estimates range from 4 to 400 billion barrels. The Bakken Formation could boost America’s oil reserves by an incredible 10 times!
Posted by Diana at 8:00 AM