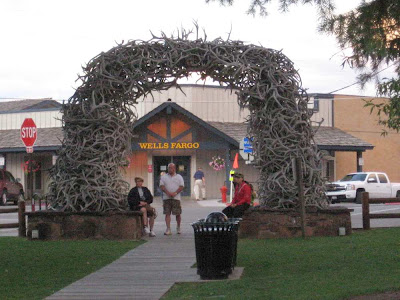 What I remember most from when I was here as a kid is these elk antler arches. There are 4 of them, at the corners of the town square. They have been here since 1960. About 7500 elk winter in the area, and each spring the bulls shed their antlers. Boy Scouts collect them and sell them at auction in the square each May. 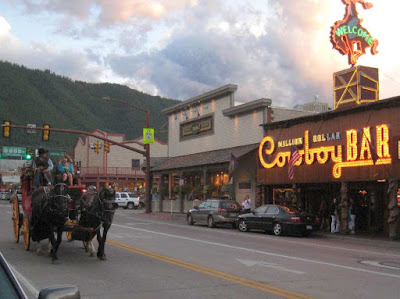 Right on the square, the Million Dollar Cowboy Bar is a great place to go dancing. 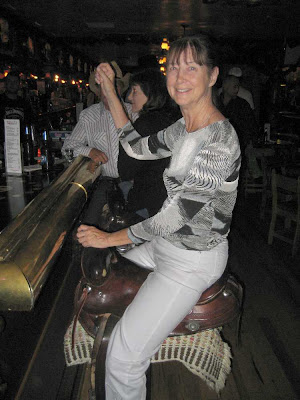 The bar seats are saddles! The place was filled with cowboys -- I loved it. 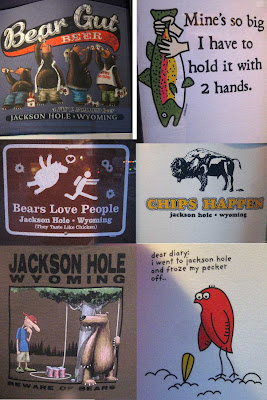 Jackson Hole has quite a collection of cute t-shirts. You might have to click on the picture to enlarge it in order to see some of the fine print. 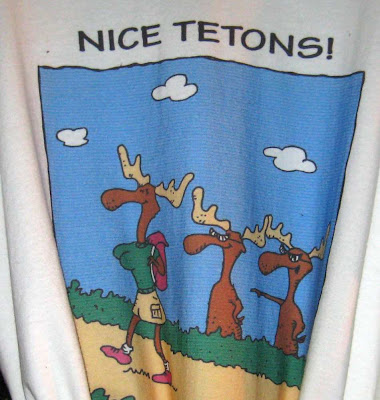 But this is my favorite. Ever wonder what "Grand Tetons" means? Well, now you can figure it out.

Last weekend we went to the Jackson Hole Scottish Festival at the Teton County Fairgrounds. LOTS of guys (and gals) in kilts, playing bagpipes and different drums. Personally, I was hoping for a stiff breeze. I always wondered what was underneath the kilts. 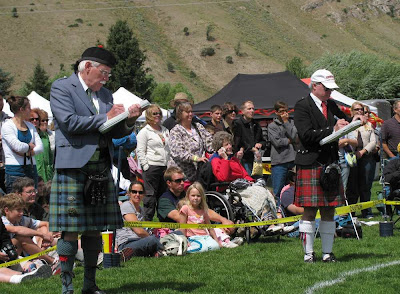 Under the close eye of the official-looking judges. (Well, except for the baseball cap...) 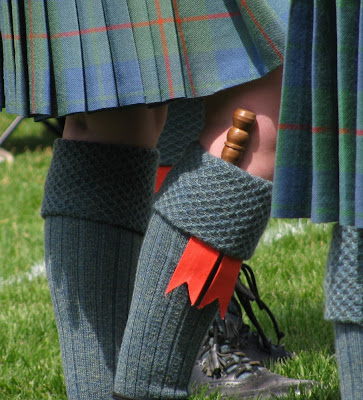 Accoutrements aren't supposed to be judged, but almost all the competitors had a dagger in their sock, even the gals. Maybe the judges should be worried...

Afterwards, the Wolves of Dunvegan did some impressive fighting with real weapons. 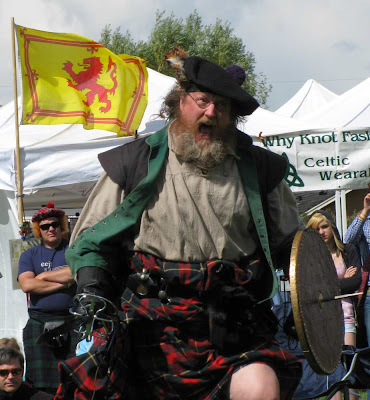 This guy was downright scary.

Throughout the day, there were different Scottish athletic competitions. Here, gigantic guys in kilts throw (telephone?) poles end over end. 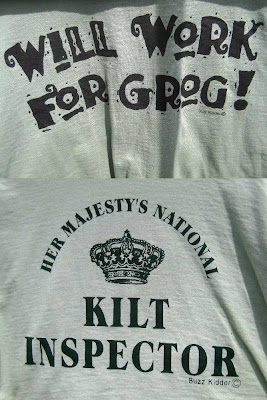 And those Scots had some interesting t-shirts too.
Posted by Diana at 4:57 PM