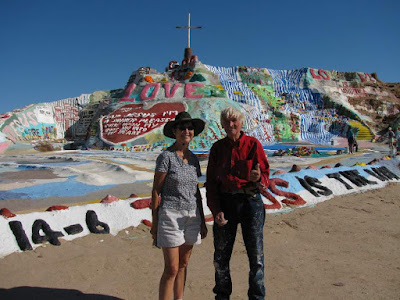 Near Niland, California is an incredible gigantic piece of folk art called Salvation Mountain. Built over the last 25 years by 77-year old Leonard Knight, and still a work-in-progress, it was declared a National Treasure by Congress, something Leonard is very proud of.

Leonard loves visitors, especially those with cameras, and eagerly takes you on a personal tour of the mountain. Since the mountain was featured in the movie "Into the Wild," visitors have risen to a couple hundred a day. 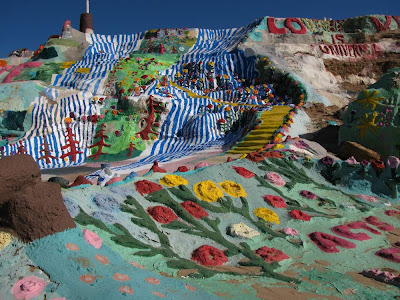 Although the mountain is decorated to highlight Leonard's religious beliefs, he doesn't push religion on you. Instead, he talks about the 2 waterfalls, the ocean and the flowers he made. And the 100,000 - 200,000 gallons of paint he has used so far. (Most of that was donated.) 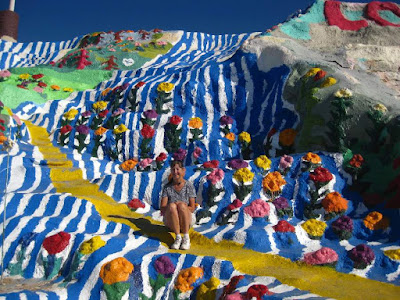 A yellow brick road runs through the 2 waterfalls -- 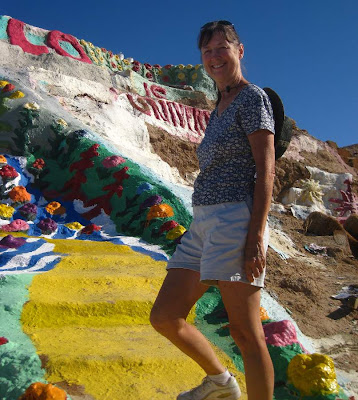 And he invites you to climb it to the top of the mountain. 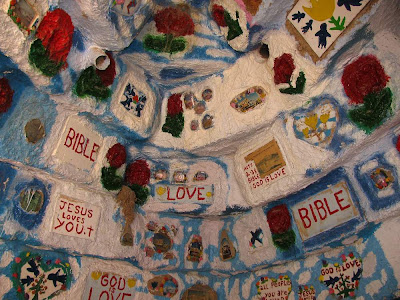 He then takes you inside the area next to the mountain. In 1998 he built this "hogan," to help protect him from the 115-degree summer temperatures. 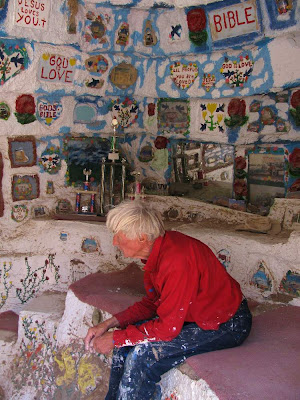 It's made out of bales of hay and adobe, and decorated with flowers, religious sayings, old photos, and newspaper clippings. 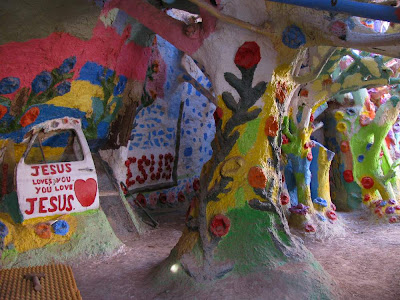 A few years ago, Leonard started building "The Museum." It includes several large domed areas supported by "trees" that Leonard builds from old tires, and wood scavenged from the surrounding desert. 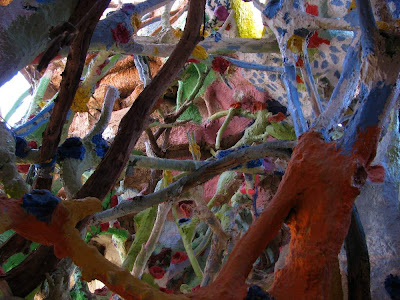 The branches are bolted together, and decorated. It's his current work in progress. 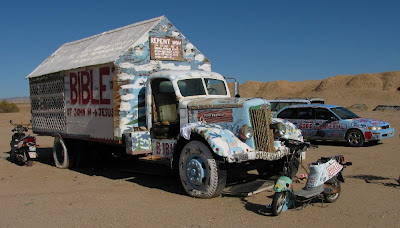 Outside is his home, made from an old firetruck, and of course, decorated, as is his car. 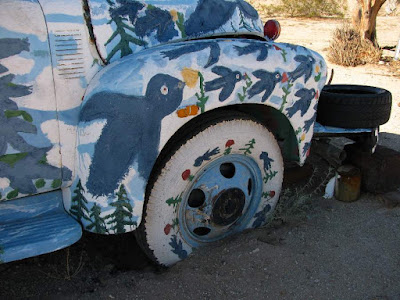 I especially liked the tires on the truck. 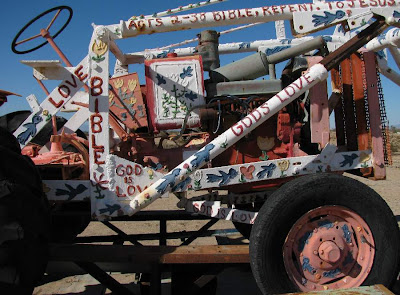 There are several other ornately decorated vehicles -- This old tractor was great!

There is much more to this story. Around 1994, the state said the land was contaminated by lead paint and the mountain must be removed. Petitions and protests ensued, and in the end Leonard hired a private company to do testing, and they said the land was clean. So now it's a national treasure, and safe from destruction.
Posted by Diana at 10:03 PM