Finally, a Day When It's Not Raining!

Every time I come to San Diego, it rains, and these 2 weeks have been no exception. It's gotton so bad that people call me and beg me to come whenever there's a fire. We finally had a fairly nice day and decided to go sightseeing. Our first stop was the USS Midway, retired in 1991 and now a museum. 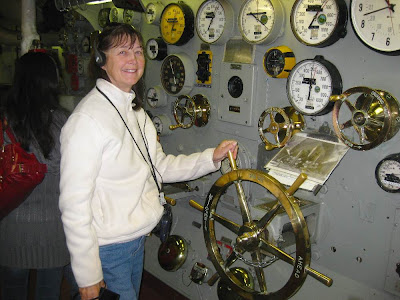 They have a wonderful self-guided tour where you punch in a number on a little gadget and they tell you all about it on your headset. This is where they controlled the speed of the ship, but not the steering. That was done on the bridge where they could see!

The had lots of life-like manikins. The captain was nice enough to welcome us when we barged into his personal quarters. Notice how his eyes even blink! 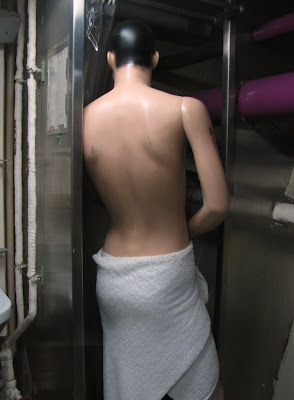 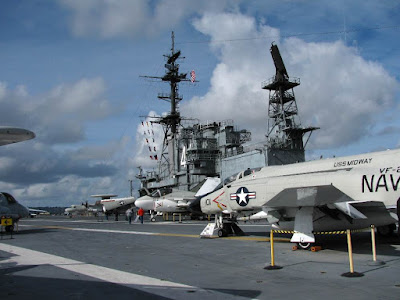 After wandering through the lower decks, we went up to the flight deck, where there were lots of different aircraft that once traveled on the Midway. 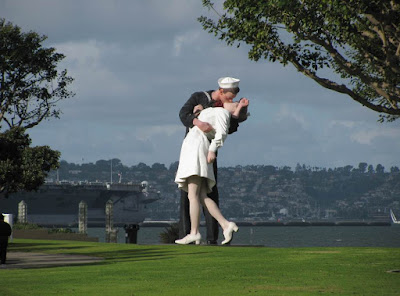 Outside was a new 25-foot statue of the famous Life magazine photo taken in Times Square on V-J Day at the end of World War II. 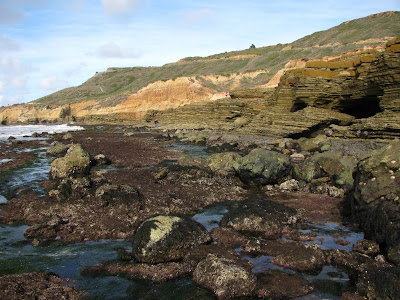 Next we headed over to the tide pools at Cabrillo National Monument. It was low tide, but I didn't see too many creatures. I think they've been picked over. 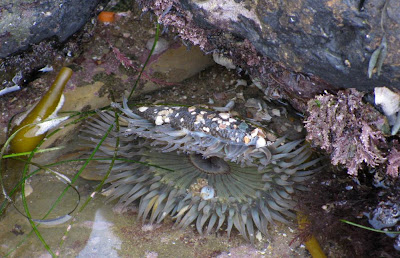 Did see this critter, though. 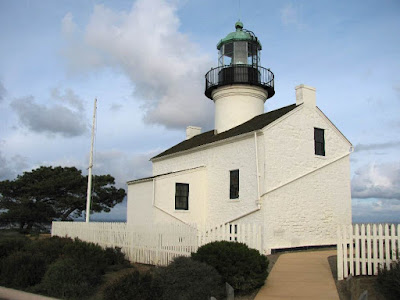 On to the old Point Loma Lighthouse, in operation from 1855 to 1891. The new lighthouse was built down the hill where it wouldn't be concealed by fog and low clouds. Sounds like a good idea! 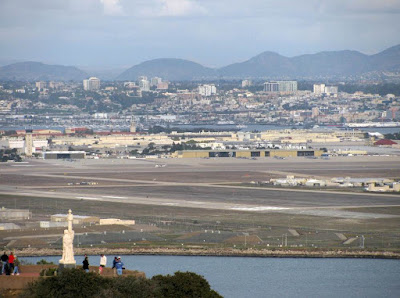 Also on the point, in the lower left corner, is the statue of Juan Cabrillo, the first European to enter the San Diego Bay in 1542.

I've really enjoyed being with my family these last 2 weeks, and wish you and yours a very Merry Christmas!
Posted by Diana at 3:24 PM