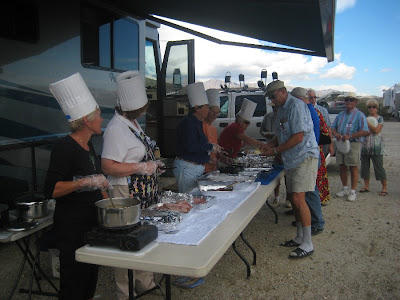 Finally -- the big day! The servers are ready to fork over the turkey, ham, mashed potatoes, gravy, and stuffing. 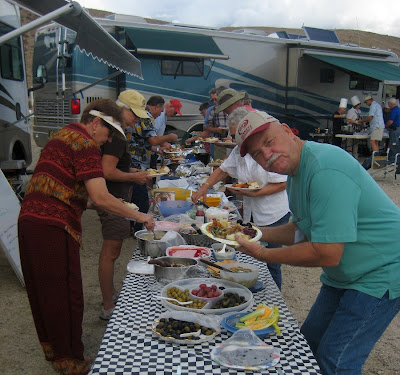 The pot luck side dishes were plentiful. 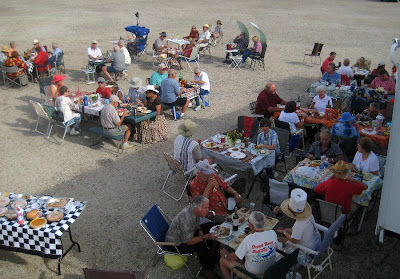 There were about 80 WINs at the big event, most clustered in the shade. The temperature was in the 70s, but the sun was warm. 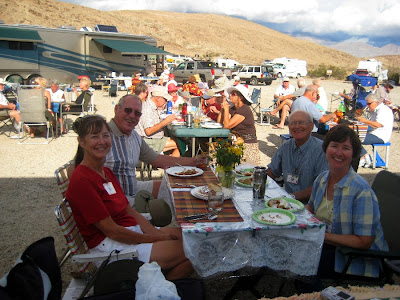 I am so thankful that I not only get to spend Thanksgiving with many of my friends, but also with my sister, Barbara. 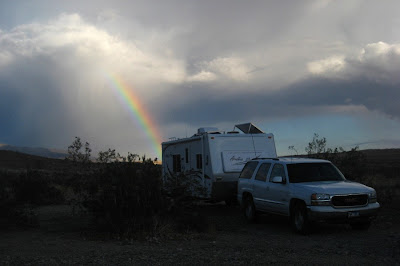 We had barely finished dinner when storm clouds gathered. After the shower, were were treated to a beautiful rainbow. 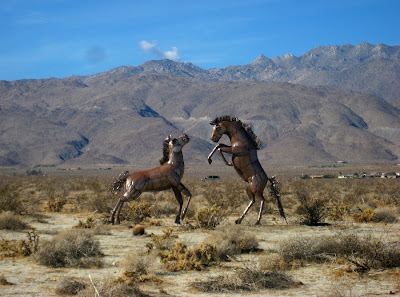 New to Borrego Springs this year is a series of metal sculptures of prehistoric animals that were native to the area. 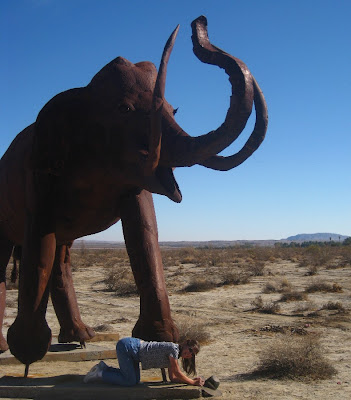 This mammoth tried to trample me! 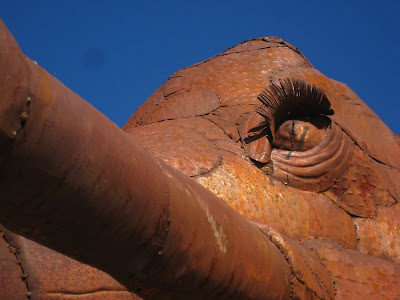 The detail is great -- just look at those eyelashes. 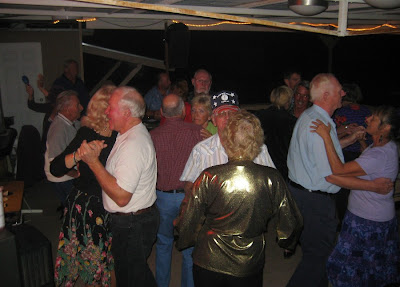 Of course the WINs can't get together without going dancing. (Have to work off all that food) We went to the American Legion one night. 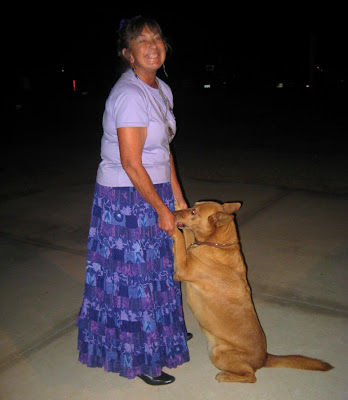 We were a little short on men, so June found a cute neighborhood guy! 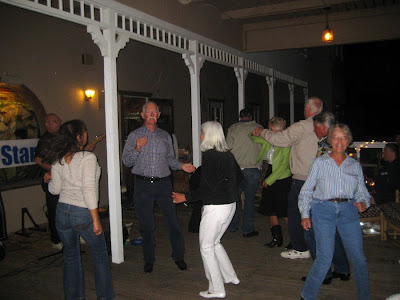 Another night we went to the Hog Trough Saloon in town, where Tin Star played a mixture of rock, funk, and country. 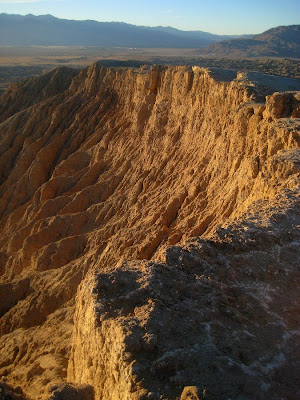 Every year, we make the trip out to Font's Point at sunset. 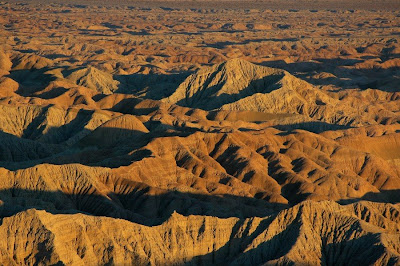 The Borrego badlands turn a great shade of orange just as the sun goes behind the mountain. 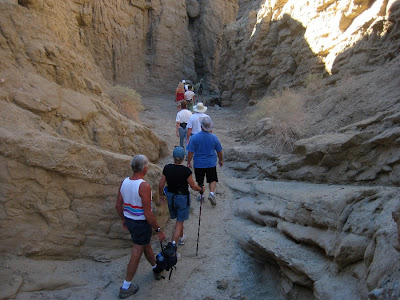 Another day we went on a hike through "The Slot." 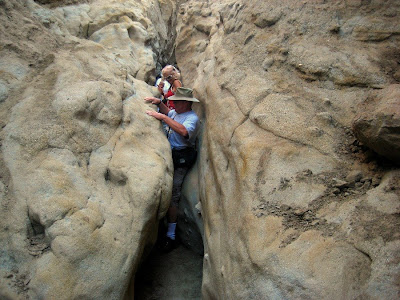 Some places were really a tight squeeze. 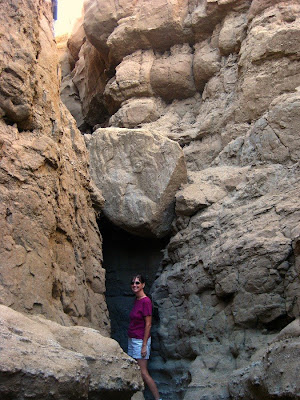 I was just hoping there wouldn't be an earthquake.
Posted by Diana at 9:58 PM