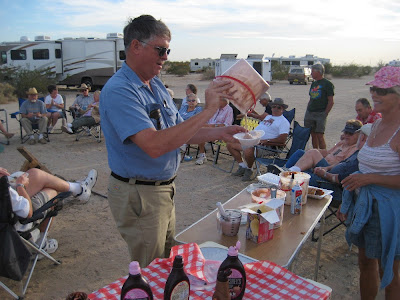 The WINs were here for more than a week, so there was time for lots of fun activities. A lot of them involved food, of course. At our ice cream social, George demonstrated how to get the last drop. 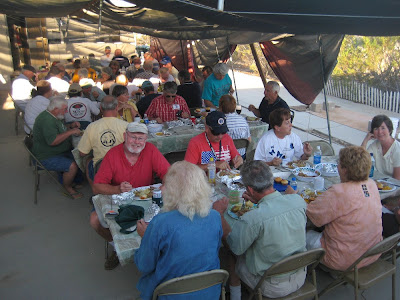 One night we all went to dinner at the Travelin' Pals, one of the groups that have a permanent place here. 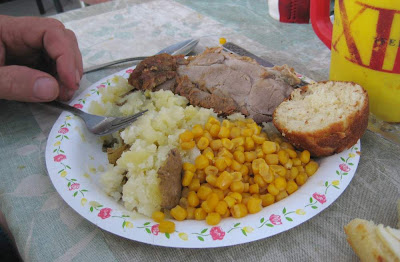 Yum! They serve these meals regularly. A friend of mine told me he left because he was gaining too much weight. I can see why! 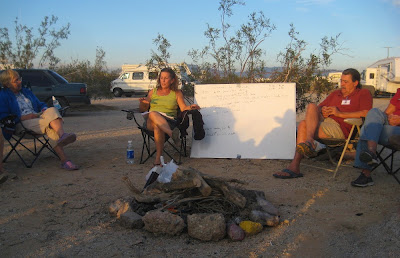 Another night, Linda, the unofficial mayor of the Slabs, came over to speak to us at circle, our afternoon get-together. She's been living here for 19 years! 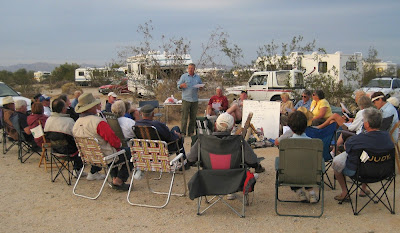 At another circle, Solar Mike came to answer all our questions about solar power. His main point was, "Don't be afraid to use it." 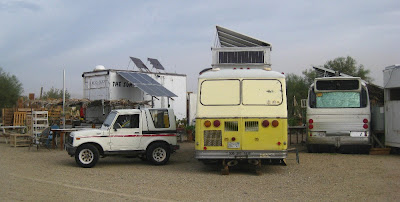 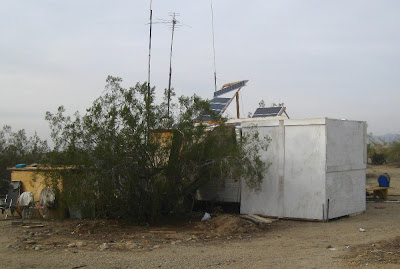 Since there is no electricity at the Slabs, solar power is extremely important. There were lots of residences where the solar panels were worth more than the house! 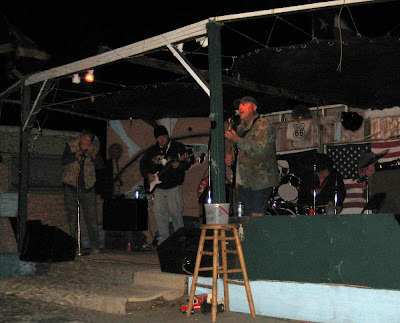 One night we went out to dance at "Johnny's," an outdoor stage with old sofas for seating, and Solar Mike, on the left, was playing harmonica in the band. I guess I should call him "Harmonica Mike" now. 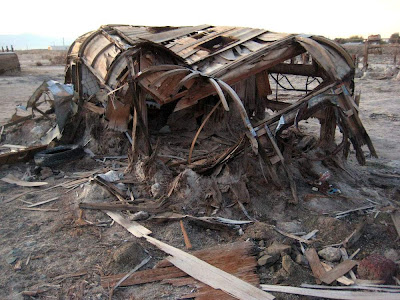 Another night we went up to Bombay Beach, again to eat. This place is like a scene out of a Stephen King novel. On the shores of the Salton Sea, it was a vacation resort in the 50s, until the water started rising. 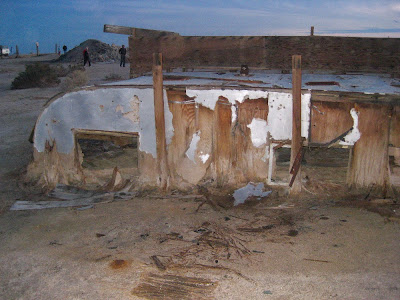 Finally, a dike was built to protect the town, but it was too late for the RVs and houses on the other side of the dike. 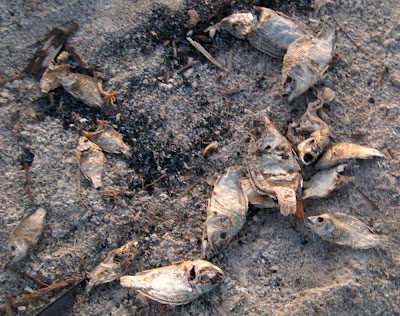 The Salton Sea is home to over 90 million tilapia, and lots of them die off and are floating on the water or decaying on the shore. Yuck! Makes you wonder if you should be eating tilapia, especially if they are "California grown." 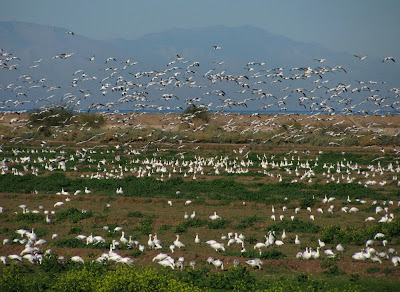 But the Salton Sea is not all bad. The Sonny Bono Wildlife Refuge is home to thousands of snow geese. 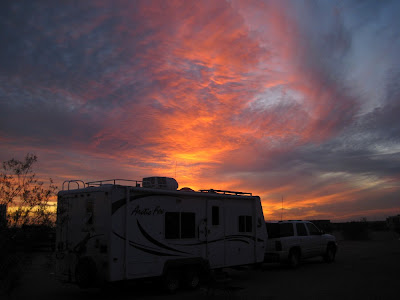 Well, that's pretty much all the fun I had at Slab City, except for one more thing we did that no one else has ever done. But that story will have to wait for another day....
Posted by Diana at 5:17 PM