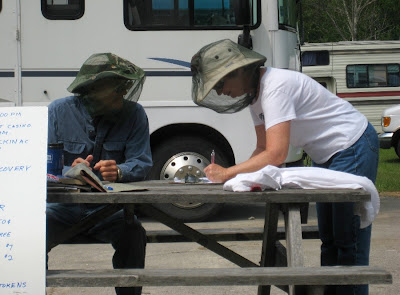 On to the next WIN gathering in St. Ignace. We had a nice, if somewhat buggy, spot to park at the local Moose lodge. My sister Barbara and "brother-in-law" Ron were the hosts. 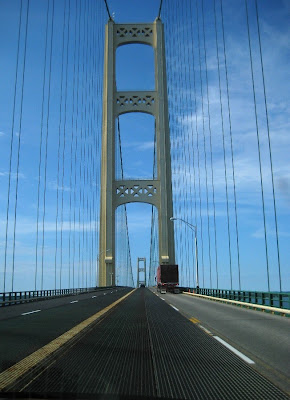 They had lots of activities planned. Yesterday we went across the Mackinac Bridge to Historic Mill Creek Discovery Park. 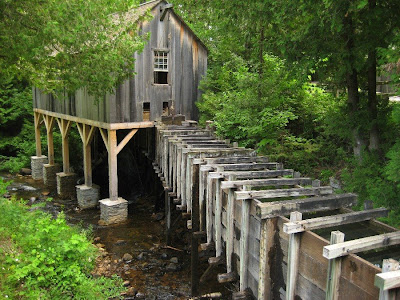 This was the site of a sawmill that operated from 1780 to 1839. It was originally built to provide lumber for the fort on Mackinac Island. 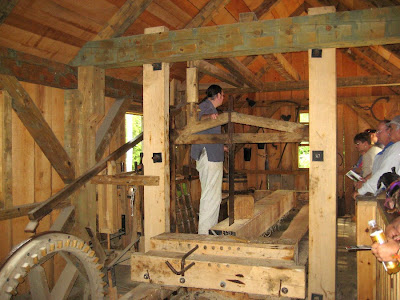 There were demonstrations of how the sawmill operated. 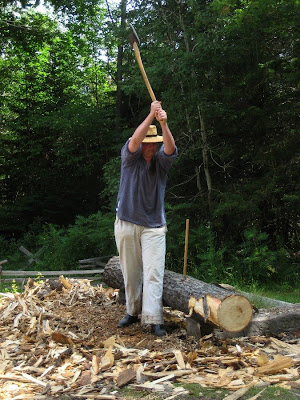 And also demonstrations of how the lumber was cut before the sawmill was built. This was how the logs were squared up before they were cut. He was incredibly accurate with that thing. 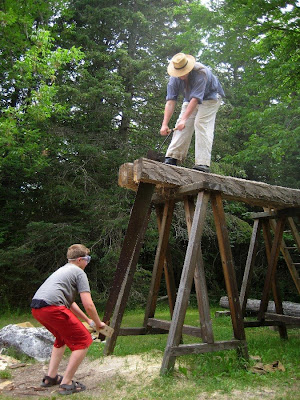 After the logs were squared up, they were cut by 2 men. The guy on the bottom, the "pit man," did all the sawing and got dirt and sawdust in his eyes with every downstroke of the blade. Thank God our volunteer "pit man" had some historically authentic goggles on. This was believed to be the origin of the saying "It's the Pits." 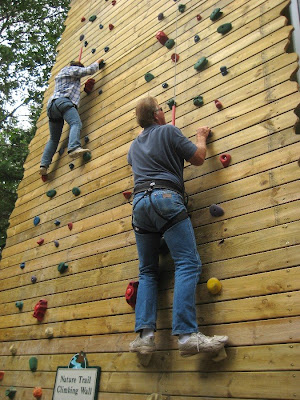 There was a climbing wall that some of us went up. Judy definitely got the prize for going up the fastest. I didn't even try. 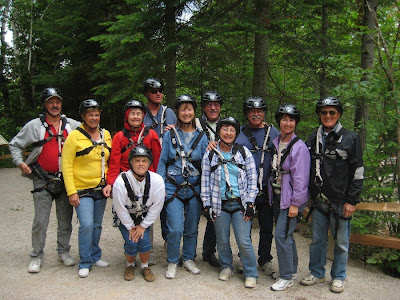 But we're all dressed up for something. What now? 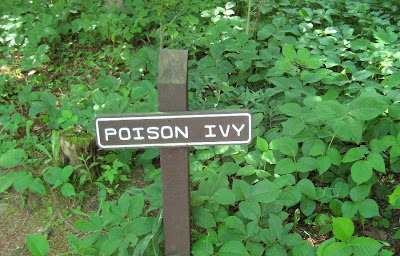 We walked through the forest past an assortment of native plants and trees, all conveniently labeled. 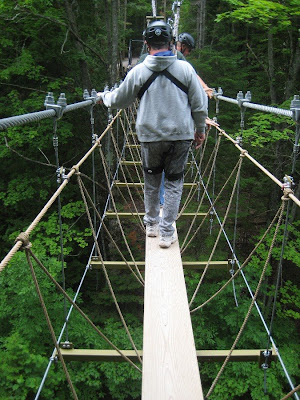 We walked up a hill and over a scary suspension bridge. But how do we get down? 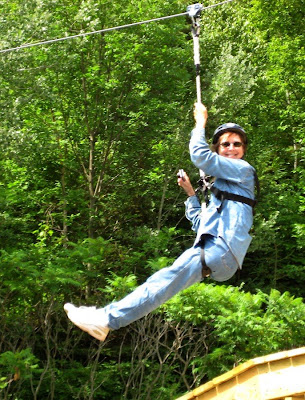 Aaaaaaaaaaaa!!! I would have screamed, but I was too busy filming.

Here's what it looked like from my vantage point....
Posted by Diana at 10:06 AM