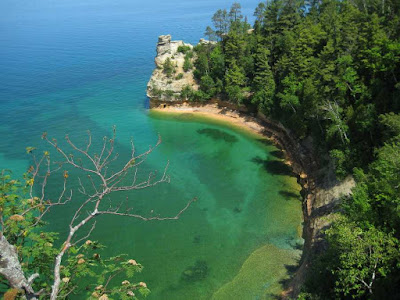 Miners Castle is one of the few features of the Pictured Rocks that is visible from the shore. A few years ago, one of the chimneys broke off, but it's still a beautiful feature of the National Lakeshore. 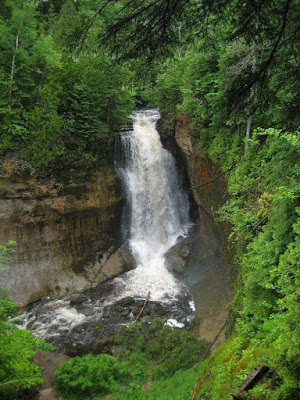 On the way to Miners Castle is Miners Falls, 60 feet tall and one of the many waterfalls in the area. 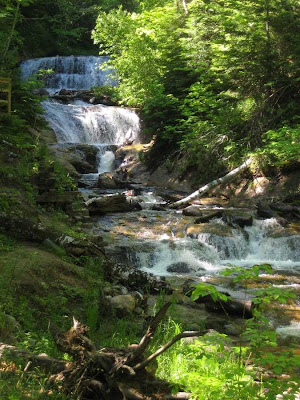 Another one, Sable Falls, is on the way to the farthest east point of the National Lakeshore, Grand Marais. 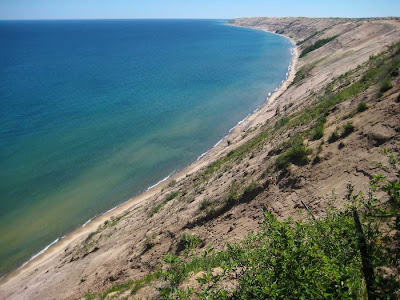 This 500 foot drop down to the lake used to contain a log chute. Logs sent down the dry wooden chute sometimes created enough friction to cause the chute to catch fire. 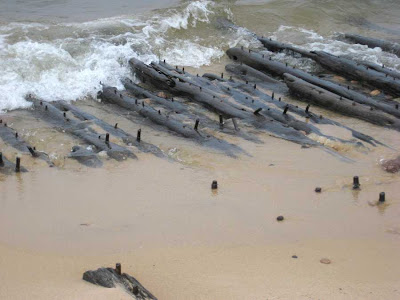 We also walked out to the Au Sable Light Station. Lots of remains of old shipwrecks were scattered along the beach. 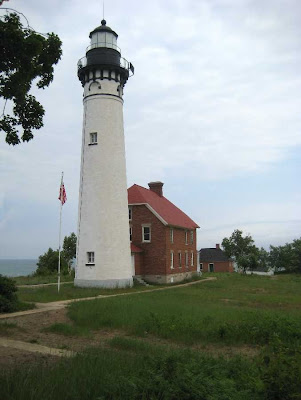 The Light Station was built in 1874, and still warns mariners of the Au Sable reef. 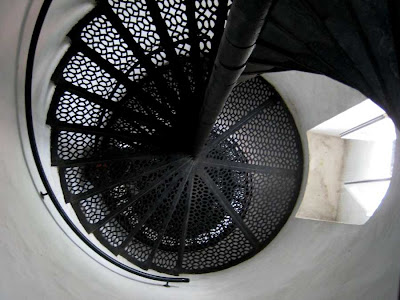 We got to climb up to the top of the dizzying stairs. 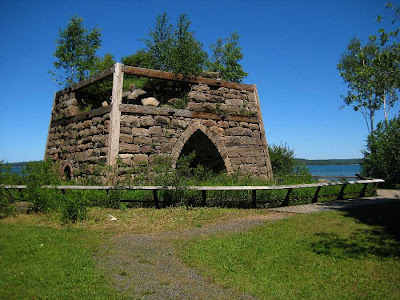 Right at our National Forest campground was the remains of Bay Furnace. It had a short hot life as a blast furnace, from 1870 to 1877. 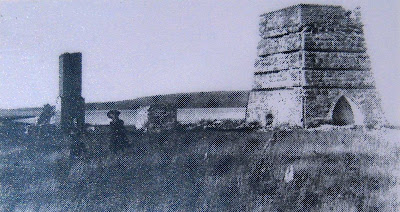 It has been partially reconstructed. This is how it looked originally, from a 1888 photo. 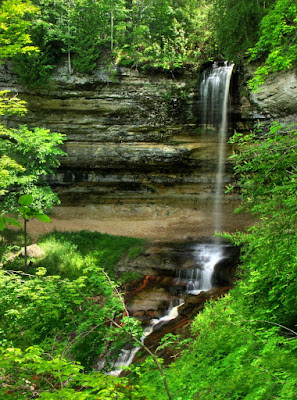 And last, but not least, the loveliest waterfall, in my opinion, Munising Falls.
Posted by Diana at 12:12 PM