A Small Town Fourth of July 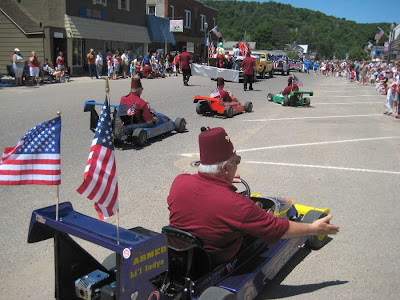 Munising, MI was our choice for the Fourth. Even though it is a fairly small town, 15,000 people show up for the celebration. They had the usual parade, and of course the Shriners Li'l Indys were there. They seem to be in every parade! 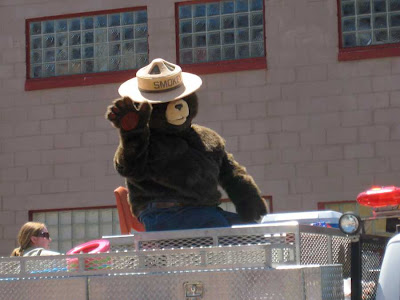 Along with Smokey Bear. 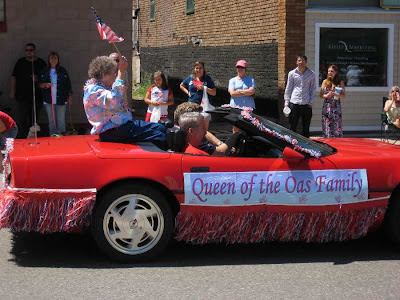 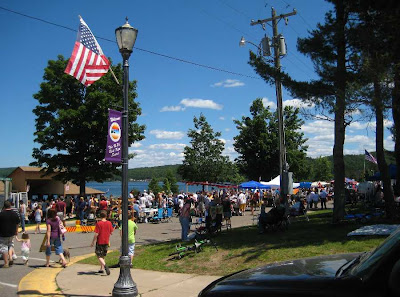 After the parade, we went over to City Park. 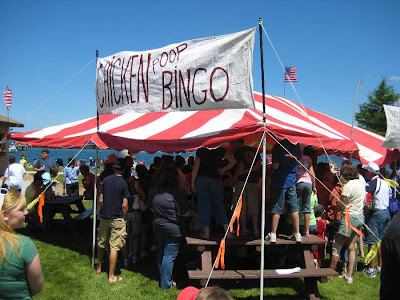 There was a huge crowd around one of the tents. What in the world is "Chicken Poop Bingo?" 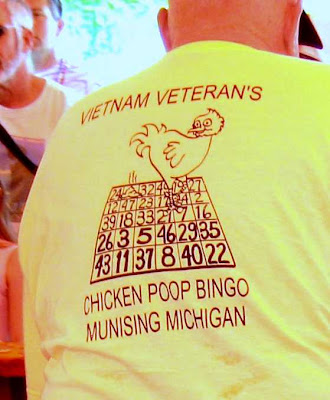 The shirt explains it all. 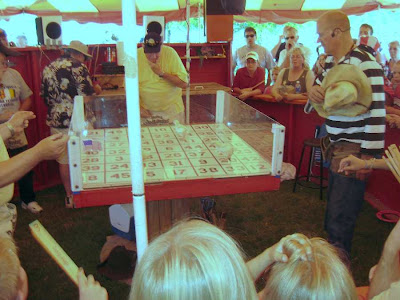 People buy numbers, then two little chicks are placed in the arena. It doesn't take long for the winner to be anounced. 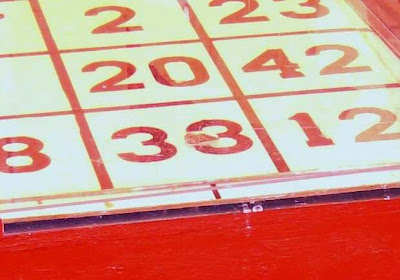 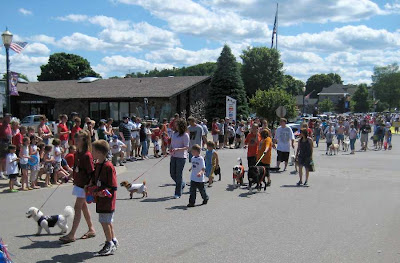 After all that excitement, it was time for the doggie parade. 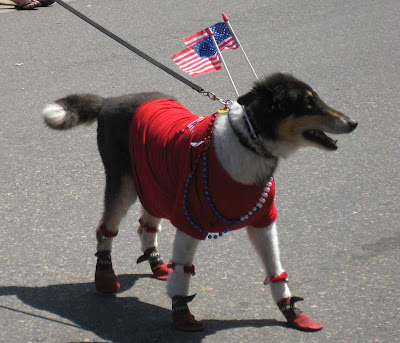 This is Marvin's dog, Charlie. I think Charlie was totally embarassed being dressed up like this. 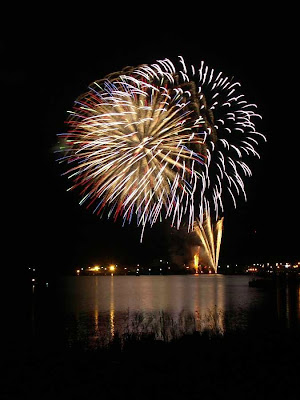