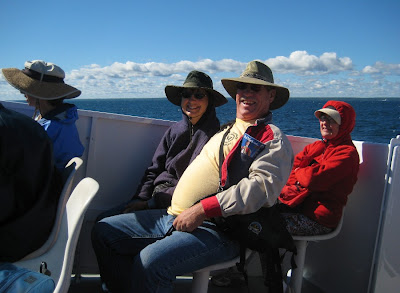 The highlight of the gathering at St. Ignace was the trip to Mackinac Island. 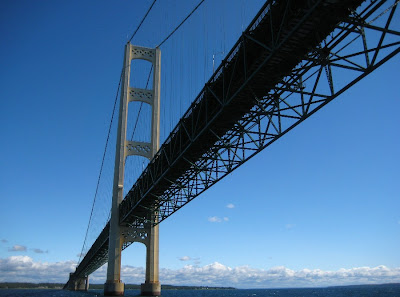 Once a day, the ferry takes a detour on the way to the island to go under the bridge that connects the Upper Peninsula of Michigan to the lower part of the state. We were lucky enough to get on that ferry. 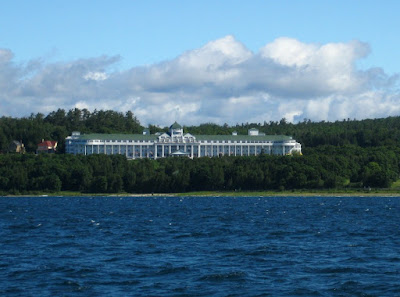 Our best view of the Grand Hotel was from the ferry. I heard it costs $1000 a night to stay there. You can't get anywhere near it on the island without paying a $15 fee. 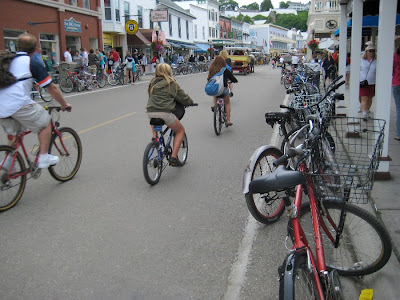 No cars are allowed on the island, so transportation is limited to horse and buggy, bicycle, or on foot. Most of our group chose to bike, but Barbara and I decided to walk. 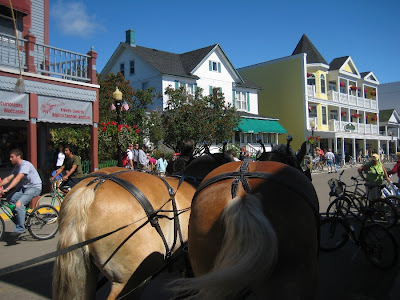 You can get some great "butt shots" that way... 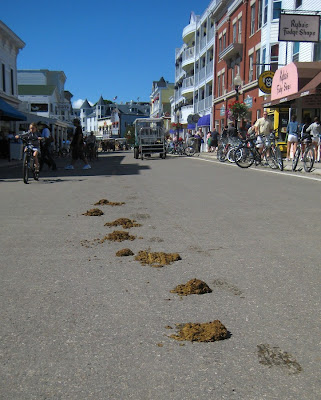 Of course, with all those horses, there is a serious problem to take care of. 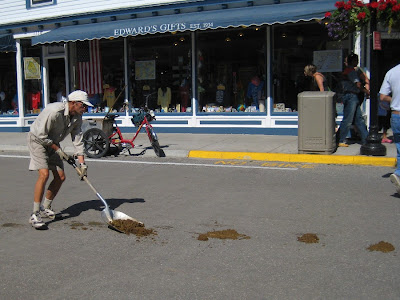 But amazingly, as soon as the nasty deed is done, a "cleaner-upper" appears to take care of it. Now that's certainly a job I wouldn't want. 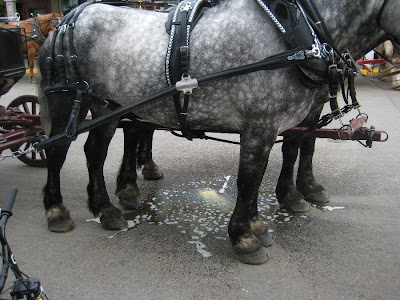 Whoops! Another problem. But hoses are immediately brought out to take care of this one. 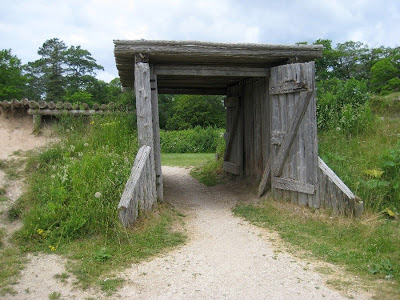 We walked to the highest point on the island, Fort Holmes. This is not the main fort, but a blockhouse and stockade built by the British in 1812. 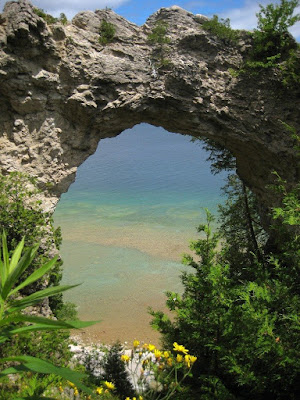 On the Eastern side of the island is Arch Rock. We then walked around the top of the bluff past some beautiful B&Bs. Lots of horse taxis service the island. 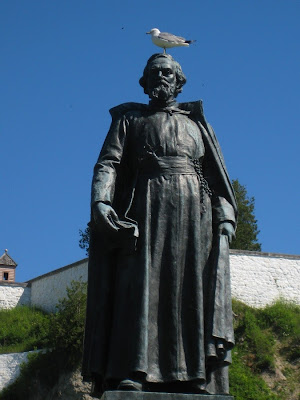 Father Marquette was here briefly in 1671, long enough to establish a Catholic presence here. (I only mention this because I like the picture...) 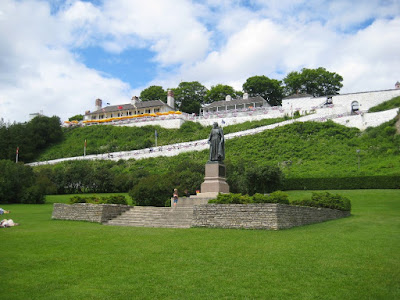 In 1780, the British moved their fort from what is now Mackinaw City to the island in order to be more defensible. 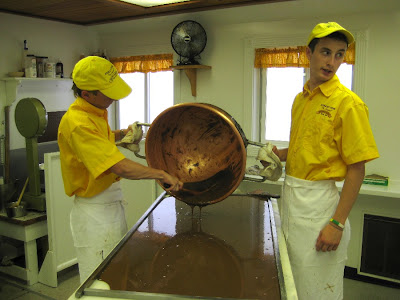 With all the fun we had here, there is something even better that the island is noted for -- FUDGE! 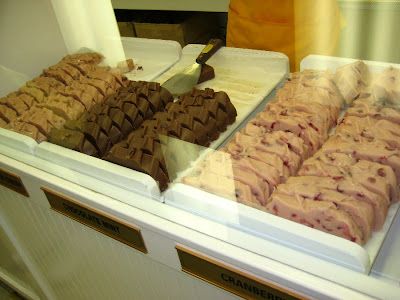 Yummm! And the smell definitely makes up for some of the other smells here!
Posted by Diana at 10:07 AM