The Wreck of the Edmund Fitzgerald

Whitefish Point, which juts out into Lake Superior, is called the "Graveyard of the Great Lakes." It's the site of 550 shipwrecks. The latest and most famous was the Edmund Fitzgerald, which sank in 1975 with 29 souls on board. It was the subject of the 1976 hit by Gordon Lightfoot, The Wreck of the Edmund Fitzgerald. 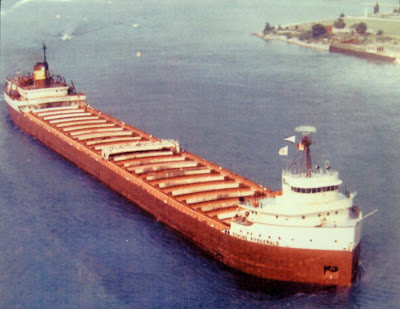 Here she is in better days. 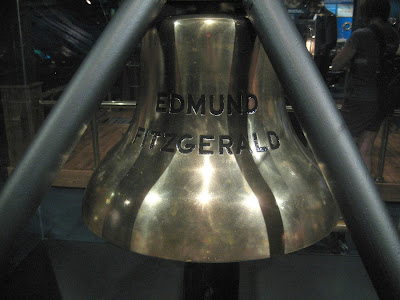 The Great Lakes Shipwreck Museum in Whitefish Point has a terrific exhibit on "The Fitz," including the bell, which was recovered in 1995 and replaced with another bell engraved with the names of those who were lost. The cause of the 729-foot long ship's demise is still not known, although it occurred in a huge storm. 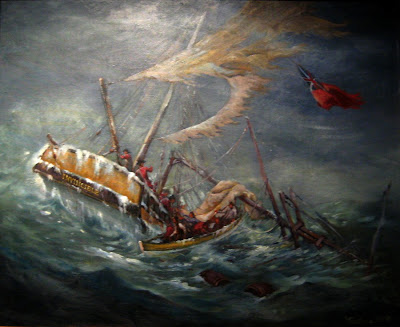 The first commercial vessel lost on Lake Superior was in 1816, a British schooner named "Invincible." Probably a bad name... 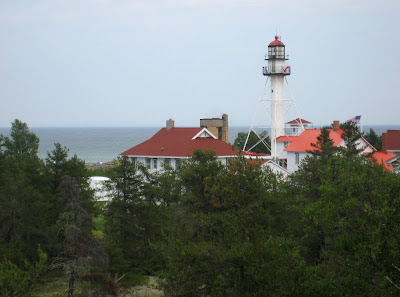 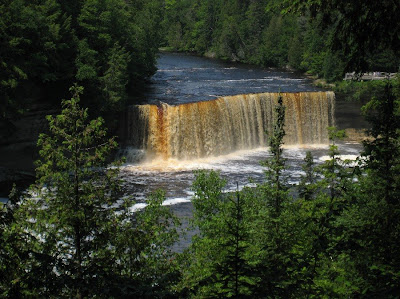 Nearby are the beautiful Tahquamenon Falls. The amber color is caused by tanin leached from the Cedar, Spruce & Hemlock in the swamps drained by the river. 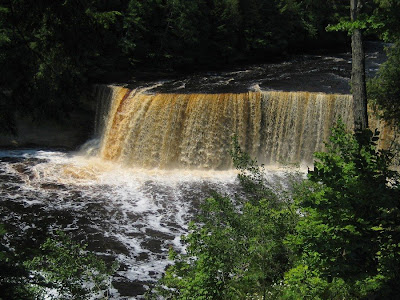 From 1870 to 1910, the River was used to transport logs from the wilderness to sawmills. The logs would just be shoved over the 50-foot falls. 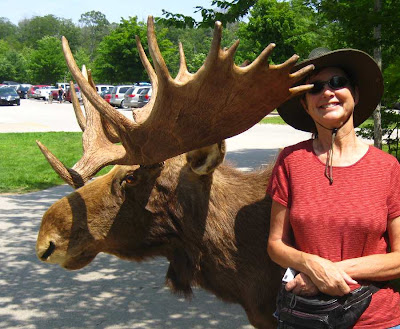 These Yoopers are really friendly -- even the wildlife!
Posted by Diana at 10:43 PM