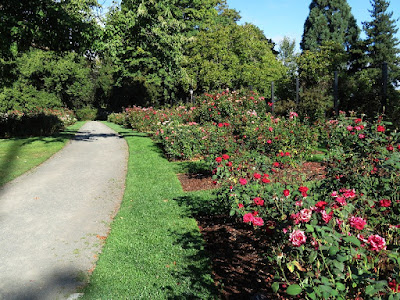 From Salem, I moved south to the Eugene/Springfield, OR area. First up was the Owen Rose Garden in Eugene. 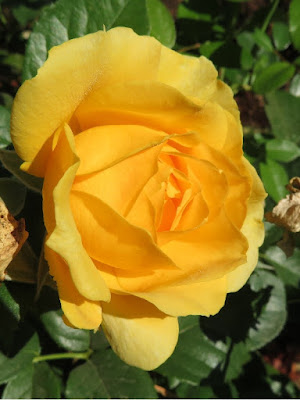 Most of the roses were a little past-peak, but there was still plenty to see. 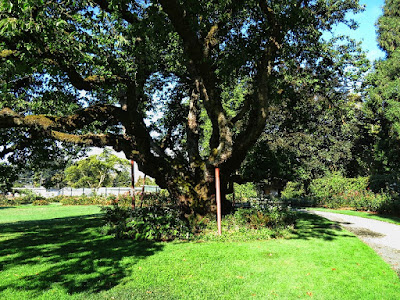 The Oregon Heritage Cherry Tree is very old and has to be held up with posts. 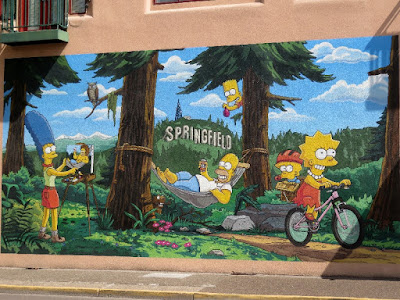 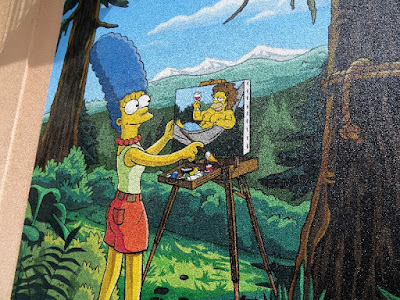 With a slightly delusional Marge painting a picture of Homer. 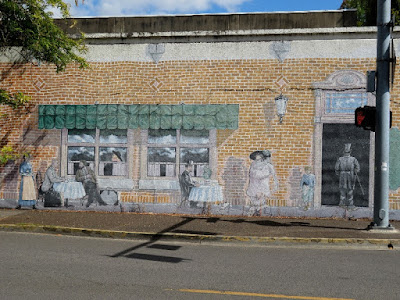 There are also lots of other nice murals nearby. 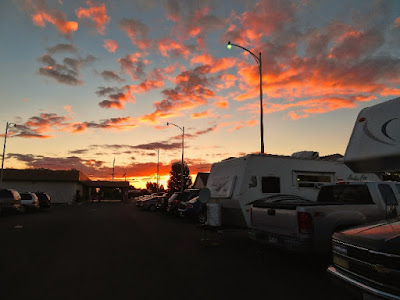 While in the area, I stayed at the Springfield Moose lodge. They have lots of hookups on the other side of the lot, but they are all taken up with storage units. Really weird... And they charge the same with or without hookups. I don't think I'll stay there again.