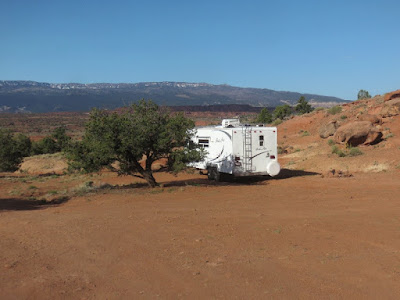 After our visit to the Escalante area, we moved on to another of the 5 Utah National Parks, Capitol Reef, scoring a great boondocking spot just west of the park boundary. 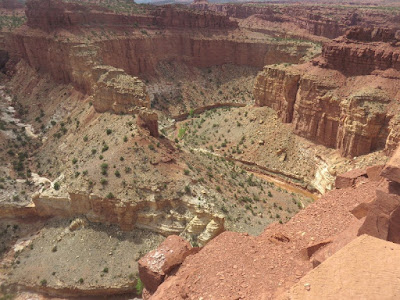 Close by is the Goosenecks Overlook. It's hard to get a good view unless you are daring enough to stand right on the edge, which I'm not. 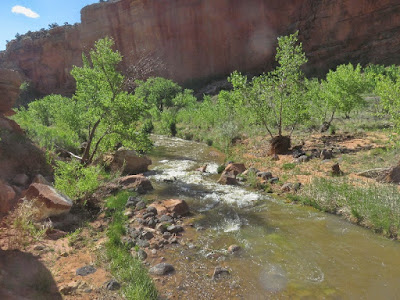 While Barbara and Ron went on another hike, I decided to go to Hickman Bridge. The hike starts off with a walk along the river, where they warn you not to stop or you'll get hit by a falling rock. 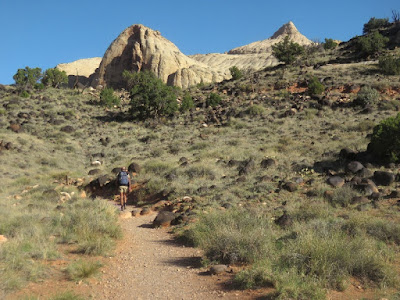 The trail then starts climbing a bit - 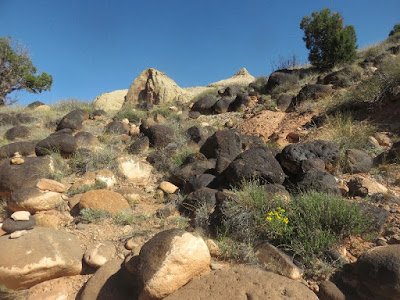 Going past some volcanic boulders. 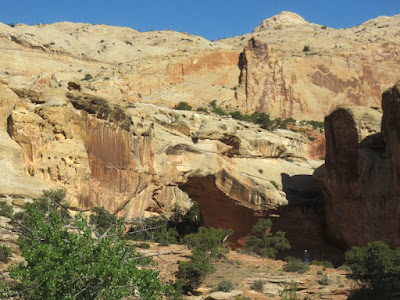 The first glimpse of the bridge is a little hard to make out. 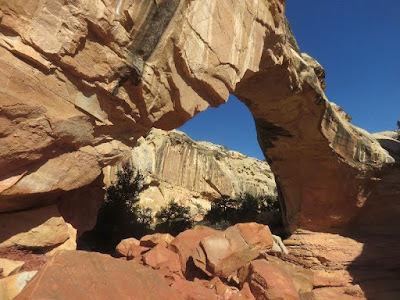 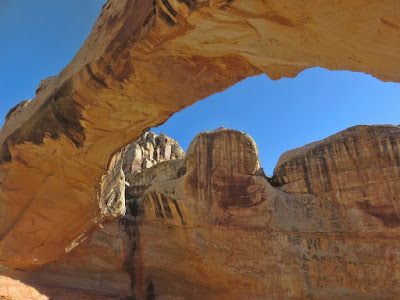 And the view from the back, which would be in the sun later in the day. 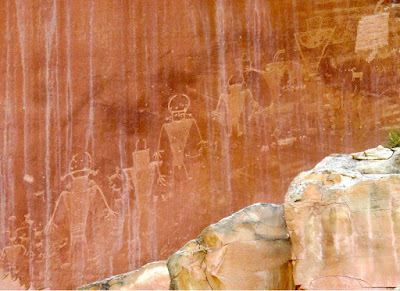 I also stopped to see the petroglyphs along the river - 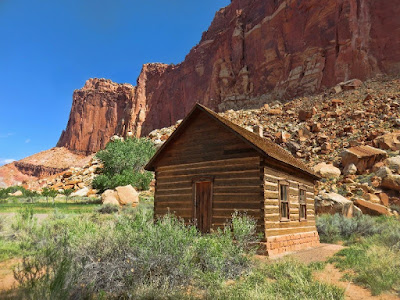 And the old school house.