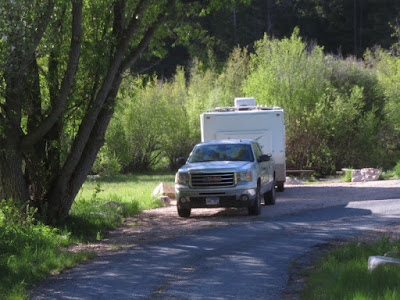 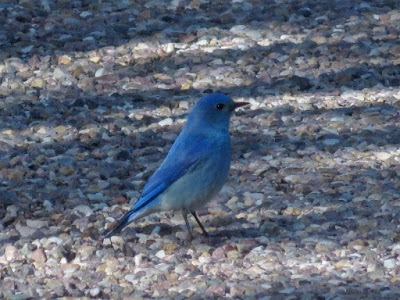 We were welcomed by a pretty little bluebird. 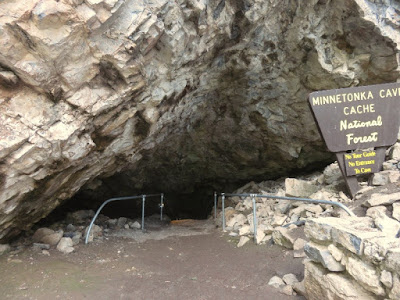 Up the hill, at the end of the road, is Minnetonka Cave. 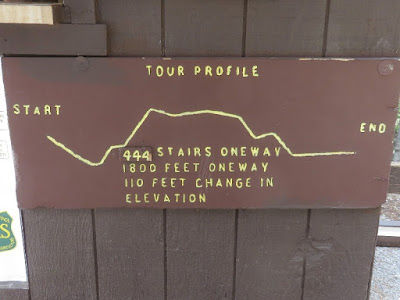 There are 444 steps in the cave from one end to the other, and then you have to turn around and come back. But at least they aren't all uphill at once. 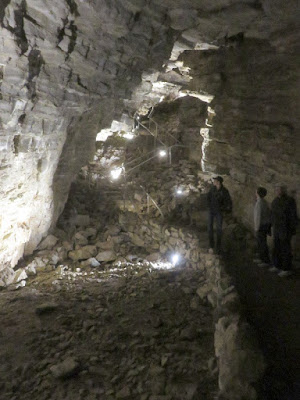 As soon as we entered, we saw the first multi-story staircase. 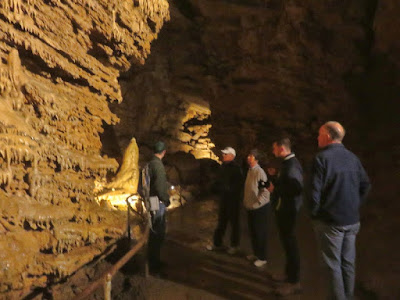 I've been to prettier caves before, but this one was quite nice, and the price was right. ($4 for old people) 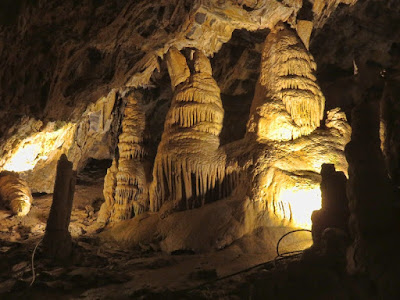 This was the prettiest part, the Three Sisters. 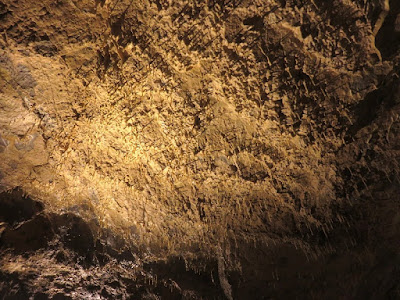 The ceiling here was covered with "soda straws", although they are hard to see in the picture. 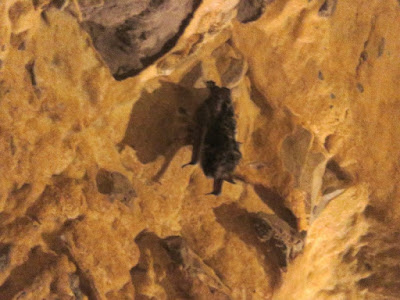 Five different spcies of bats live in the cave, and we got to see a few. 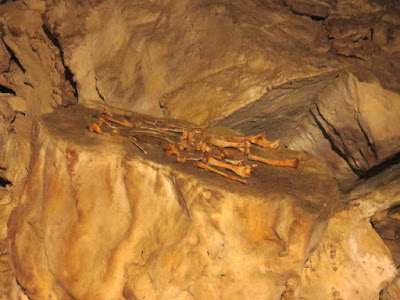 Also, the remains of a porcupine from long ago. 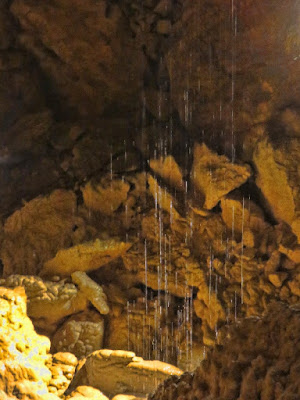 The cave had some wet areas, and even a little waterfall here. And I really liked the Cave Bacon - looked delicious! 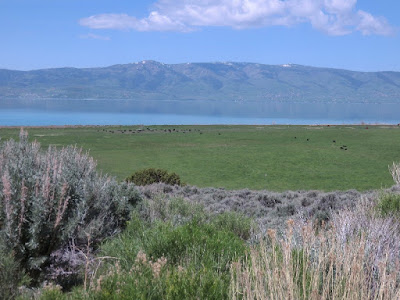 We also drove around Bear Lake, which is half in Utah and half in Idaho. 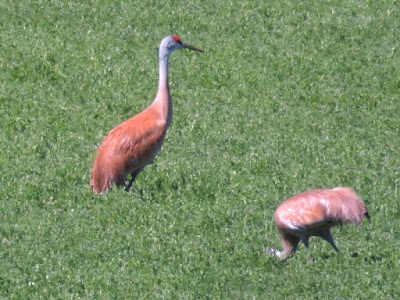 And we even saw a couple of Sandhill Cranes - 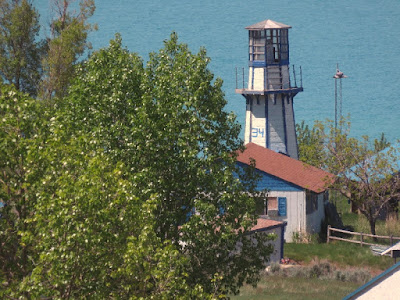 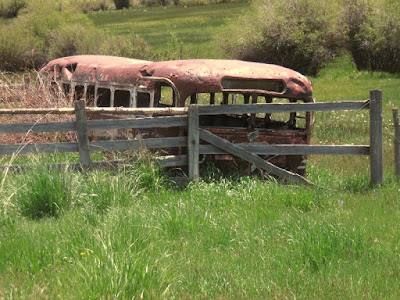 And some rusty stuff! Does it get any better than this? 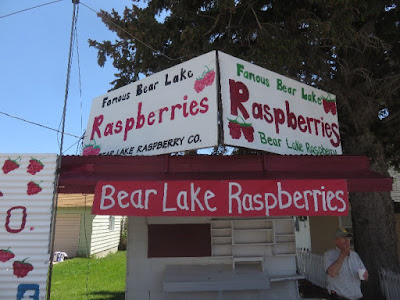 Bear Lake is famous for the surrounding valley's crops of raspberries. So of course we had to stop for Raspberry Shakes. 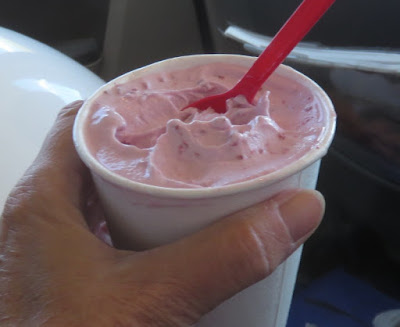 They were more like soft-serve ice cream, but still very good.