Part Two of the Big Adventure 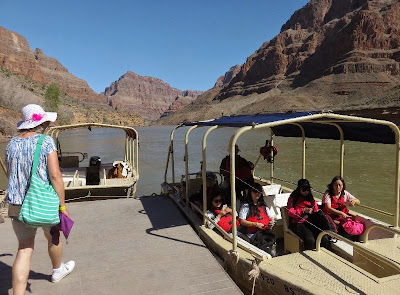 After our helicopter landed on a ledge down by the river, the 5 of us climbed into a motorized pontoon boat with 4 cute Chinese girls for a short cruise on the river. 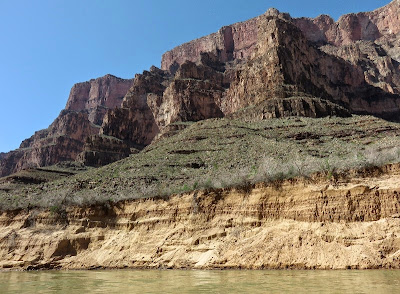 There are no rapids in this area of the river, so it was pretty calm. 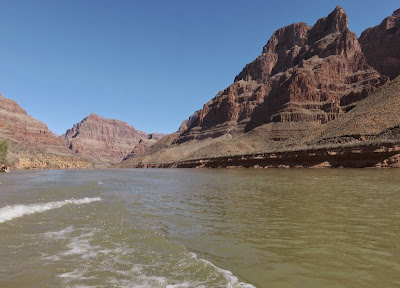 It was supposed to be a "narrated trip," according to the brochure, but it wasn't really. The operator of the boat did speak occasionally, but mostly incorrect info. For example, he said that the other side of the river was Utah. Not true! 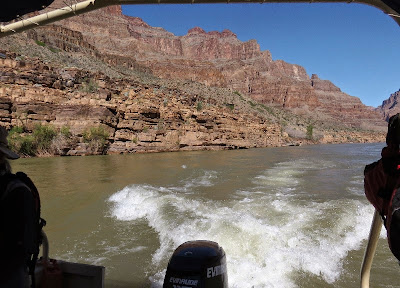 But it was still a fun trip, with some gorgeous views. 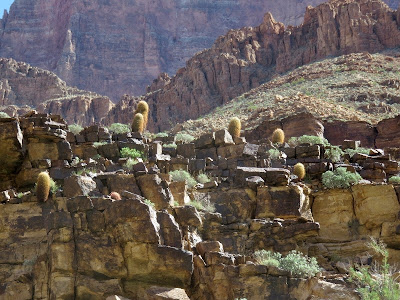 I was surprised to see all these cactus down by the water. 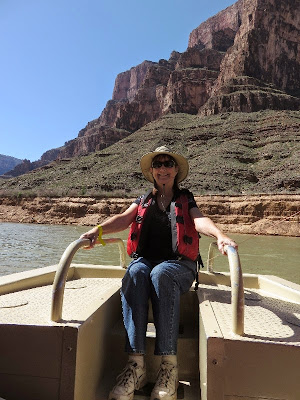 We all got to get our picture taken - 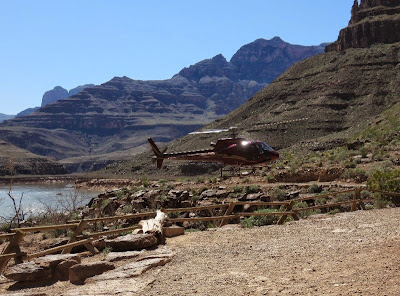 And then headed back to the dock to get on the helicopter again to go back up to the rim. 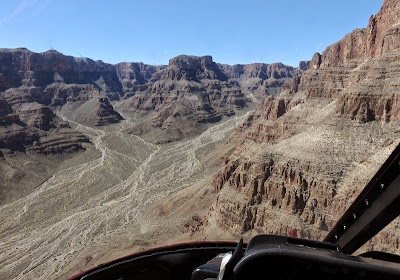 The trip back was longer, going up through Quartermaster Canyon - 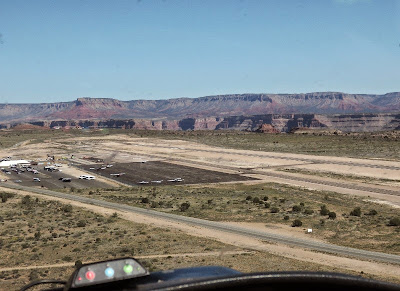 And back to the West Grand Canyon Airport once again. 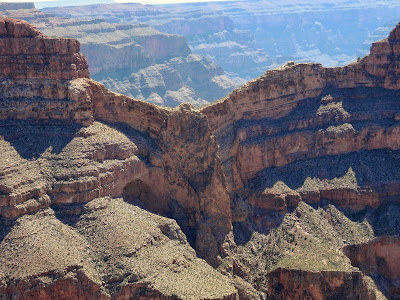 We then got on a bus for a short trip to Eagle Point, so named because of the eagle, shown here with his wings spread. Can you see him? 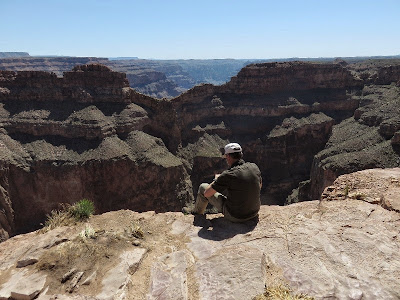 Since we are on the Hualapai Indian Reservation, there are no rules, and no guardrails required. 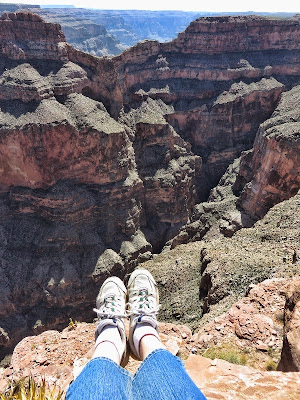 Whoa! I'm feeling a little over the edge! 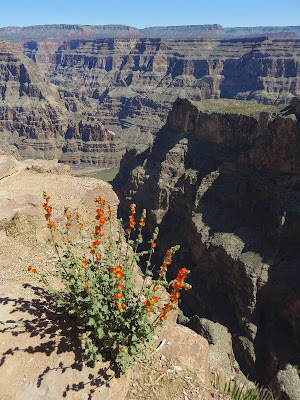 There is some great scenery here - 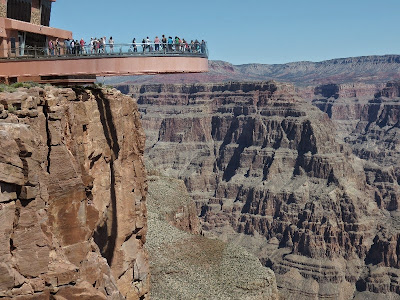 But the star of Eagle Point is the Skywalk, where you can walk out a glass walkway and look down into the canyon. I chose not to, because you aren't allowed to take cameras out there, and I could get just as good a view from the edge. 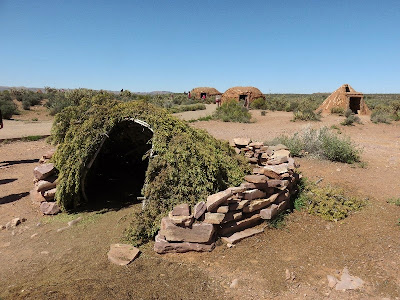 Also on Eagle Point, there are replicas of hogans, sweat lodges, and teepees of the various Arizona tribes.

After we walked around a bit, we got on the bus again for the short trip to Guano Point. More on that later!