I stopped for a couple of nights in Green River State Park in Utah. There's not much in the state park, other than a 9-hole golf course, but I used the stop to see some things in the area. 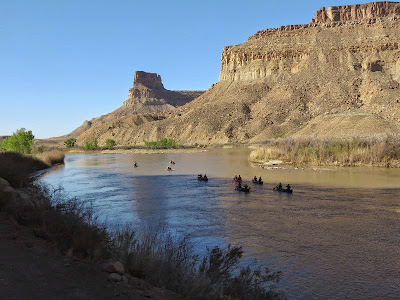 I drove north along the Green River and saw some beautiful scenery. 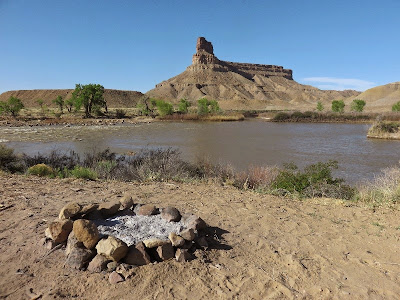 There was a even primitive campground up there. How's this for a view? 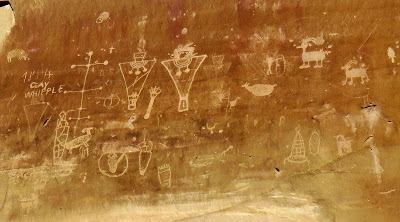 I also drove up Sego Canyon to see the prehistoric pictographs and petroglyphs. I don't know how real they are. It looks like a lot of them have been redone, and there were lots of old signatures and dates too. 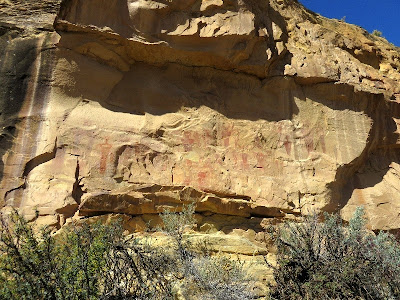 The pictographs were on a high wall, so are probably more real. 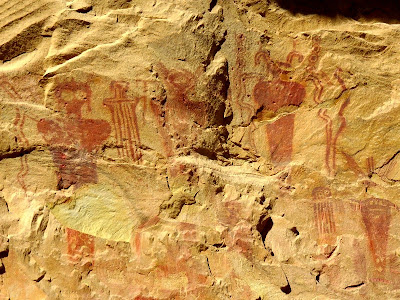 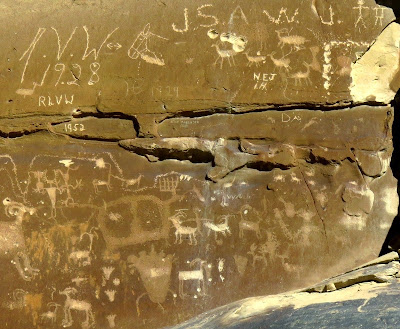 Nearby, there were more on some private land, but there again, I don't know how real they are. Probably the lighter colored ones are true prehistoric petroglyphs. 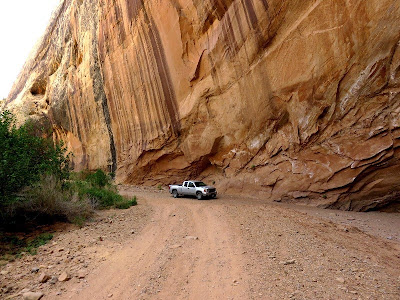 I also drove up Black Dragon Canyon to try to find the dragon. 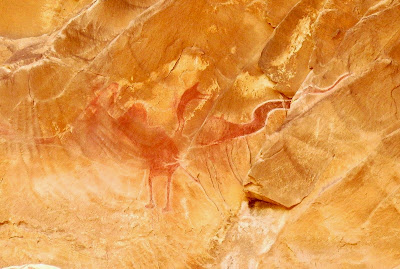 Turns out the dragon is really red, not black. It also looks more like a pterodactyl, but since they were around 150 million years ago, I don't know how men got this image 1000 years ago.

Next - on to Moab, one of my favorite places.