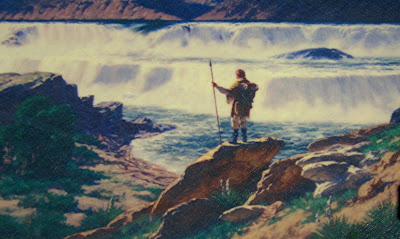 Lewis and Clark passed through here in June 1805. The previous winter, the Indians had told them about a waterfall on the Missouri River, and that it would require a day's portage. But Lewis discovered that there were actually 5 waterfalls! 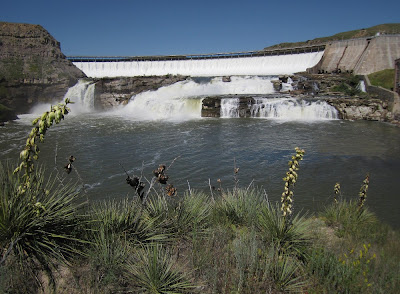 This is the first falls he came to that day - the Great Falls. They have since been dammed, but the original falls are preserved. 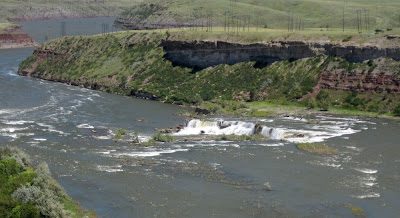 Two of the other falls have been dammed the same way, one has been buried, and one, Crooked Falls, (shown here) is in its original state. 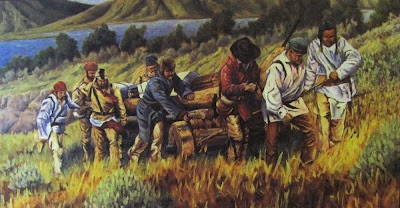 Instead of a short portage, the 5 falls required a very difficult 18-mile portage, They built wheels and axles for the canoes, but it required 8 difficult trips across rugged hilly terrain to move all the canoes and supplies. 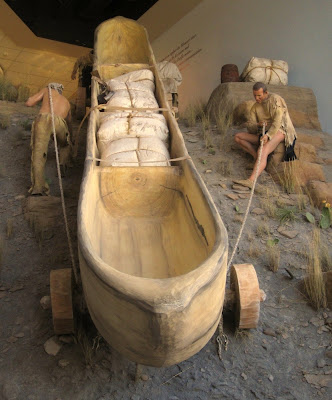 Great Falls has a really nice Lewis and Clark Interpretive Center. Inside, from the first floor to the second, is a full-size model of the portage. It was very exact, even including some prickly-pear cactus that tore through the men's moccasins. 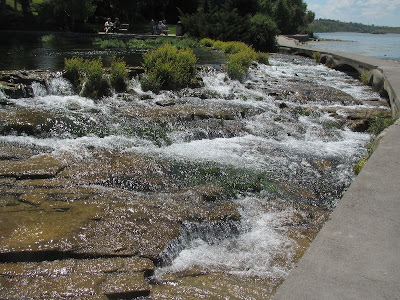 Great Falls is also home to the world's shortest river, the Roe River. Actually there is some funny controversy regarding this claim, so much so that The Guinness Book of World Records no longer lists a shortest river. To read the whole (short) story, click here. 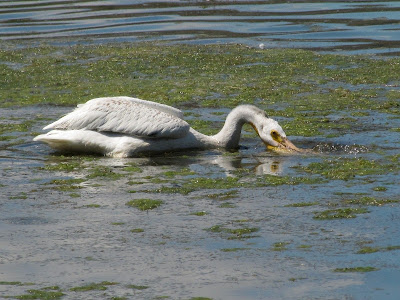 The river flows from the Giant Spring into the Missouri River, where there were lots of pelicans fishing. 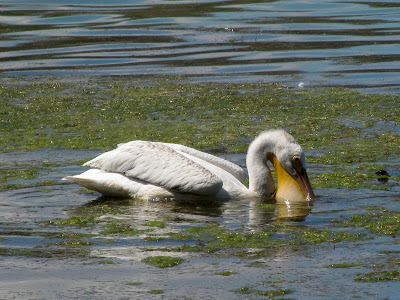 I think he caught something! 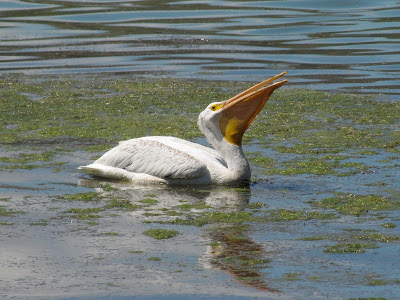 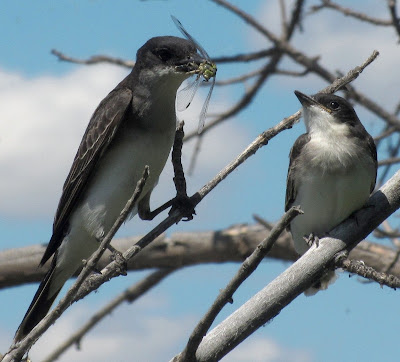 I also saw this mama bird feeding a large insect to one of her two little ones who had left the nest. Anyone know what kind of bird this is? 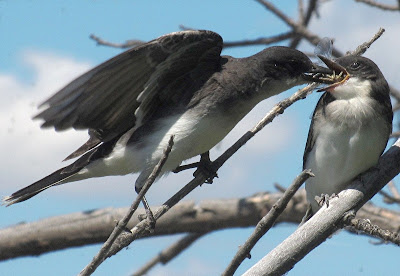 Just stuff that thing in there!