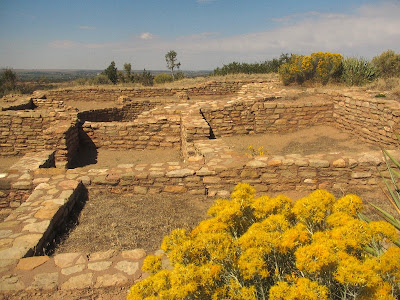 Way older than rusty stuff are all the ancient ruins found in this part of the country. One of the best preserved ruins I saw outside of Mesa Verde was the Escalante Pueblo just outside Delores, CO. 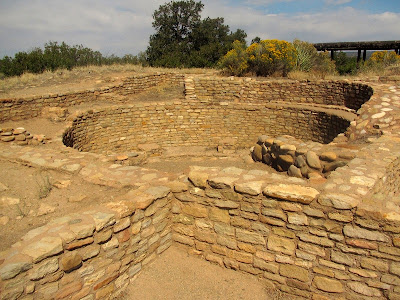 It's located a short walk uphill from the Anasazi Heritage Center. The Center is a museum that contains pottery and other artifacts that were rescued before McPhee Reservoir was filled and would have buried them.

Lowry Pueblo is another pueblo I visited in the area. It's located in Canyons of the Ancients National Monument. It was built in the 1100s AD, as was Escalante Pueblo. Part of it is covered to preserve it better. The main complex contains 40 rooms and 8 kivas.

Nearby is their Great Kiva. 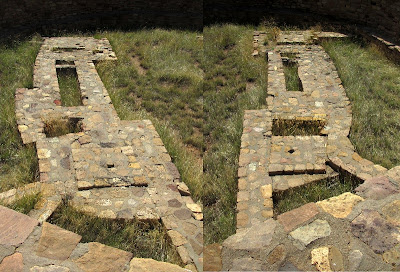 It is thought that the stone features on the floor are summer people and winter people. 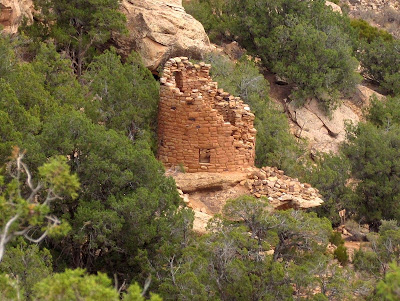 Also in Canyons of the Ancients NM is Painted Hand Pueblo. Built in the 1200s, it originally had 20 rooms, but has not been excavated, so all you can see is this tower. 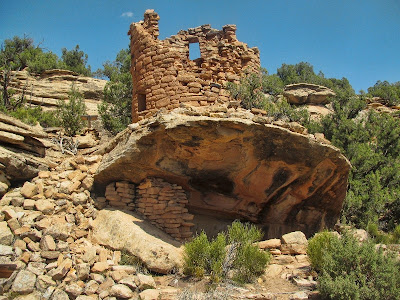 You have to look underneath to see how it got its name. 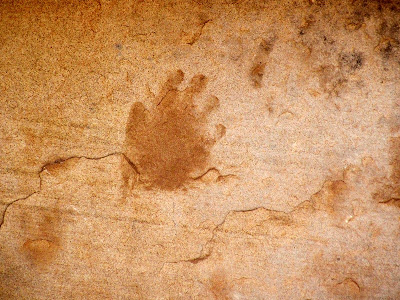 I didn't really want to get that close, so this is majorly zoomed. 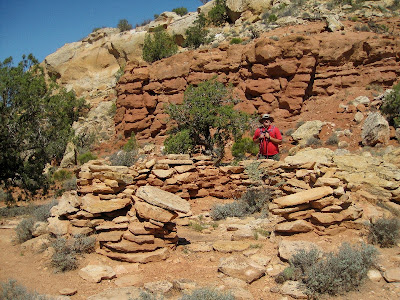 One last hunt for ruins was up Sand Canyon trail a bit. We found this horseshoe shaped ruin. We had seen them before and they always face east. 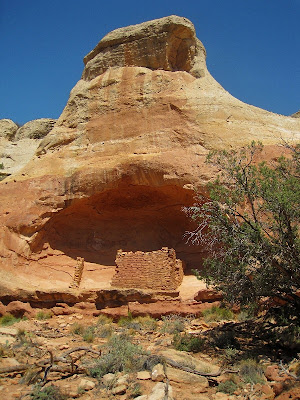 Our goal was Saddlehorn Pueblo. I don't know about you, but I'm just about "ruined out..." 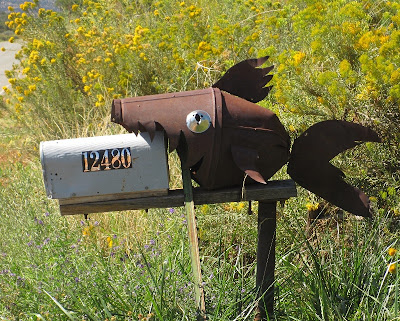 But wait - right at the entrance to the trail head was this great piece of rusty stuff - it really saved the day!