That is what one little girl wrote in her diary when her family moved here.

Today, Bodie is the best preserved ghost town in California. Gold was discovered here in 1859 and by 1879, the town boasted a population of about 10,000. 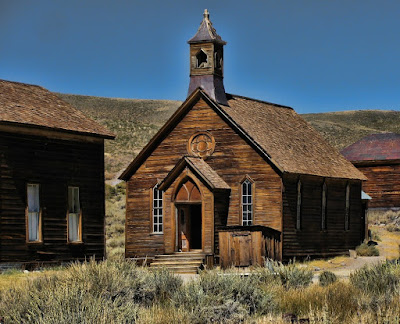 Only about five percent of the buildings still remain, including the Methodist Church, which the residents apparently really needed. In 1881, the Rev. Warrington saw Bodie as "a sea of sin, lashed by the tempests of lust and passion."

The Ten Commandments, which once hung behind the pulpit ("Thou shalt not steal"), has been stolen. 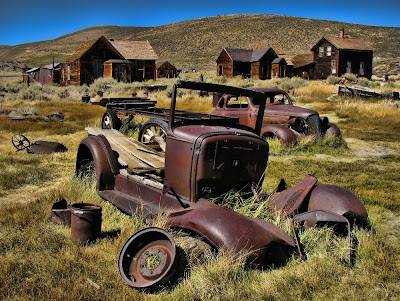 Great rusty stuff abounds! I especially liked the old cars half buried in the grass. 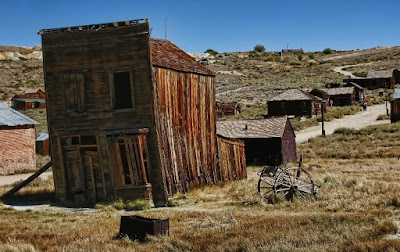 Some of the buildings are not in the greatest shape - this one is propped up with a big board. California is maintaining the town in a state of "arrested decay," 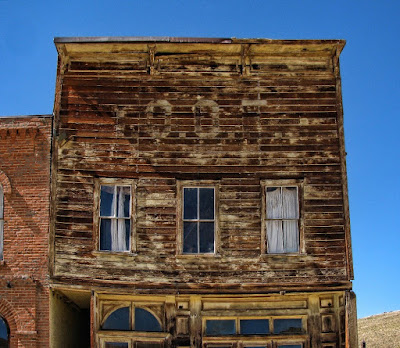 The Bodie Odd Fellows Lodge (IOOF) used the upper floor of this building. 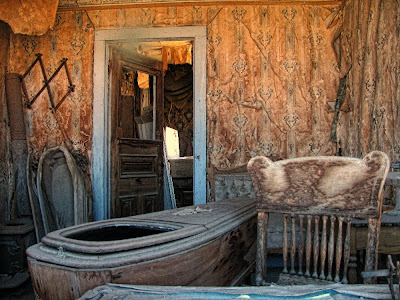 The first floor was an undertaking business. Many buildings were still furnished, including the morgue next door. I was a little skeptical about how this could be... 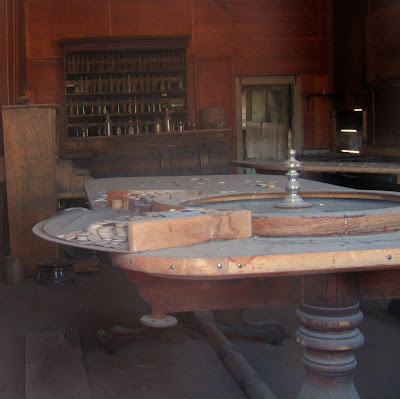 The Sam Leon Bar was just one of the 65 saloons in town. Here's one reason for my skepticism - why would people just leave their chips here? 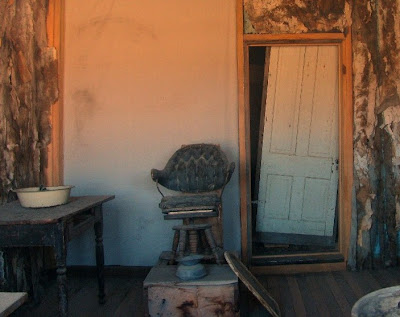 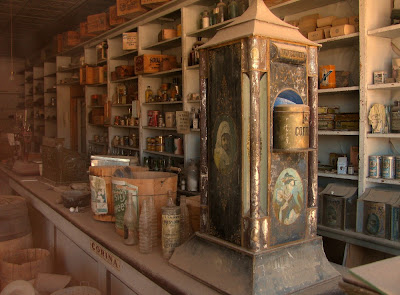 And the Boone Store and Warehouse. The general store was owned by a descendant of Daniel Boone. 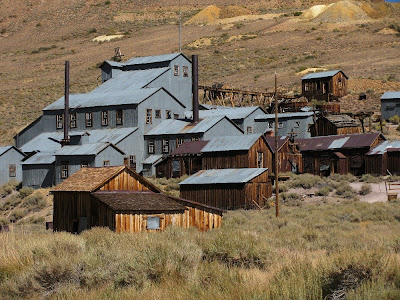 The mine area is unsafe and not open to the public. Between 1860 and 1941 the Bodie Mining District produced close to $100 million in gold and silver. 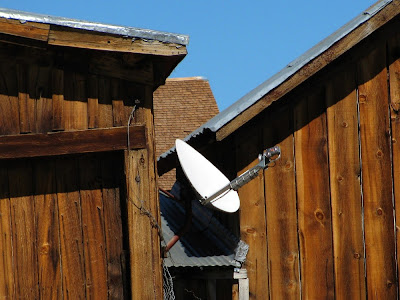 And what's this? The DirecTV store?
Posted by Diana at 3:51 PM