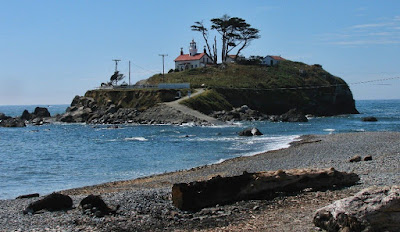 Last time I was in Crescent City, on the coast of Northern California, I had no trouble walking over to Battery Point Lighthouse. Uh-oh, it appears I now have to swim! Or maybe I should just come back later at low tide.... 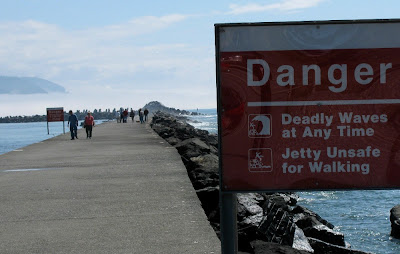 In the meantime, I'll just walk out on this jetty. I've been known to live dangerously! Crescent City had a huge tsunami in 1964 that destroyed 29 city blocks, so I can understand their nervousness. The tsunami was the result of a 9.2 earthquake in Alaska - the strongest quake ever recorded in the northern hemisphere. 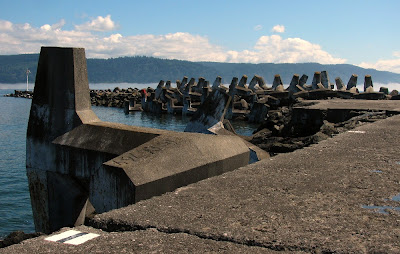 Because of the extreme wave action at this jetty, it has been reinforced with these strange looking things called "doloes." 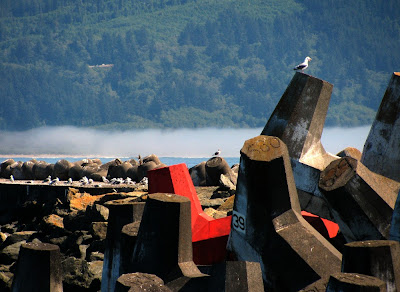 They are made with concrete and steel rods. Each dolo weighs 42 tons (84,000 lbs). There are 768 of them here! Twenty of them are red and contain instruments to measure stress and movement.

While I was out on the jetty, I heard barking in the harbor- the sure sign of sea lions. 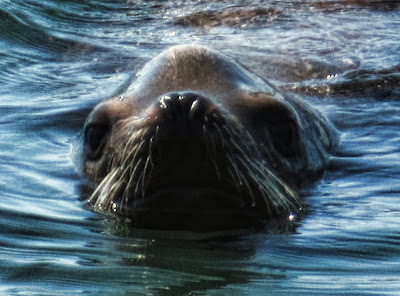 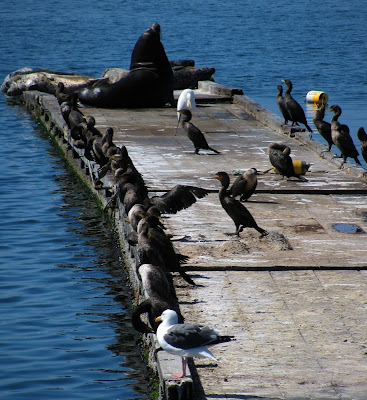 Not only did this dock have a huge sea lion, but lots of cormorants, a gull, a little egret, and I think some harbor seals down at the end. 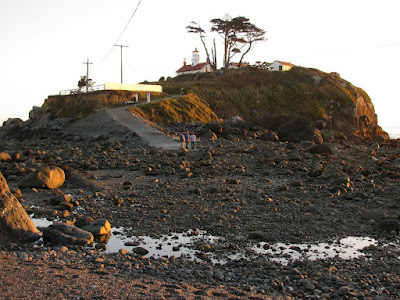 Later, I went back to the lighthouse. Much better! 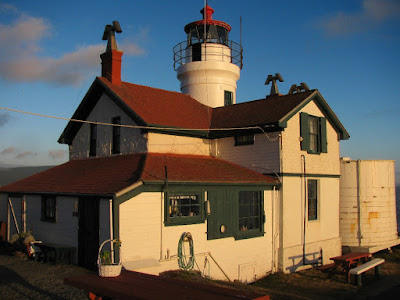 A lighthouse-keeper couple live in the lighthouse, and they were just coming back from the store. They can only get out at low tide.

The lighthouse was built in 1856. I would have loved to see inside, but it's open only during the day, if there is a low tide during those hours.
Posted by Diana at 4:17 PM