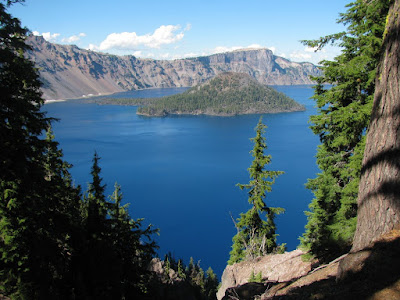 While at Elkton, we did a long day trip over to Crater Lake. The lake is the deepest lake in the US, and the crater is what is left of a huge volcanic eruption almost 8000 years ago. The top 5000 feet of the mountain was blown off.

It's hard to accurately portray the lake in a picture - it measures 6 miles across! Wizard Island is the cinder cone that formed after the eruption. 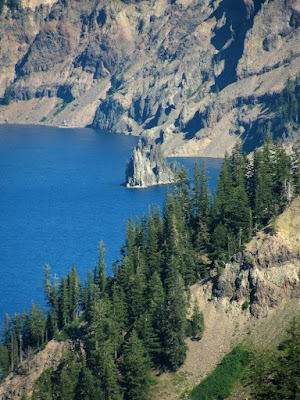 The only other thing in the lake is over in the corner. It looks like a tiny ship, called "Phantom Ship," but it's actually 160 feet high. 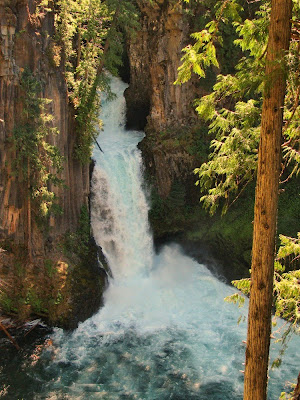 On the way to Crater Lake are several waterfalls. The prettiest is probably Toketee Falls, a double-decker fall framed by basalt columns. 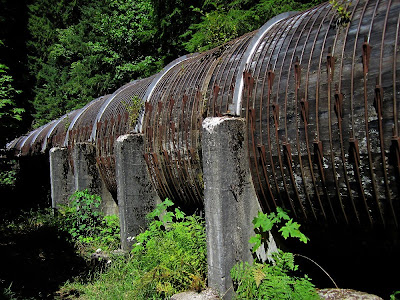 The waterfall would be even larger if most of the water were not diverted by an enormous 8-foot-thick wooden pipeline to a local power plant. 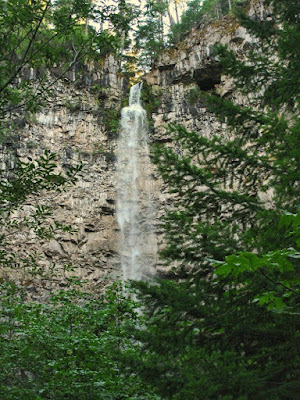 Watson Falls is one of the largest in Oregon - 272 feet tall. 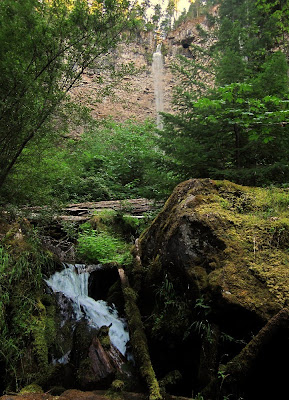 The water from the falls winds down through lots of moss covered rocks. 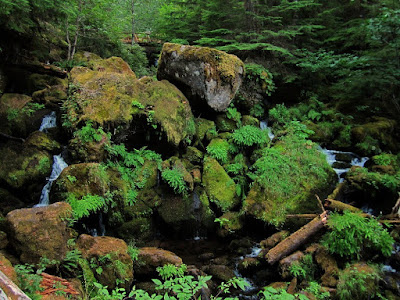 The mossy rocks, the ferns and the little waterfalls were almost prettier than the big waterfall. Aren't they just the "Bee's Knees?" 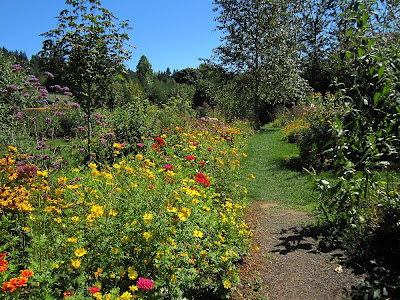 What does that mean - Bee's Knees? It means the height of excellence, but what does it have to do with bees? The ECEC where we are staying has a large garden with lots of bees, so I set out to find out. 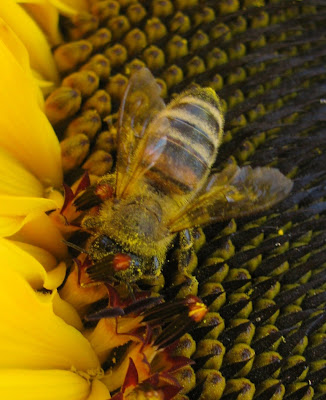 This guy is covered with pollen, and is certainly helping to pollinate everything, but I don't see anything special about his knees. 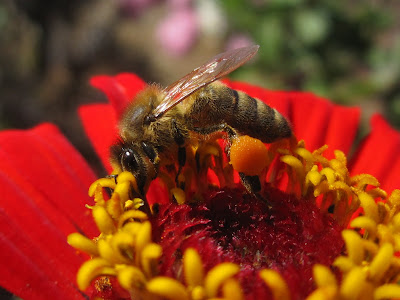 Ah hah! It turns out bees have pollen sacs on the knees of their back legs. They carry this concentrated goodness back to their hive, hence the term "Bee's Knees." Well, at least that's one theory on the origin of the term....
Posted by Diana at 4:48 PM