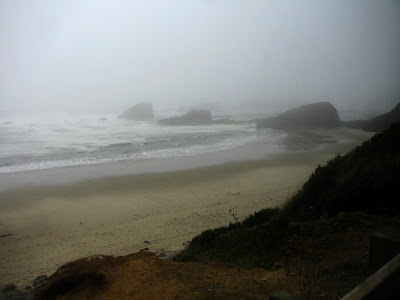 Covering the entire coast of Oregon, and the coast of California down to Eureka, you would think I would have more pictures to show. But a lot of the time it looked like this... 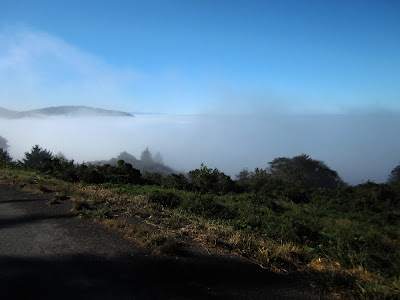 And when it wasn't raining, even when the sun was shining, a lot of the time it looked like this... 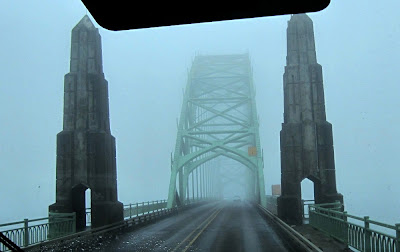 I managed to grab a couple drive-by shots of the famous art-deco bridges. This one is at Newport, I think. 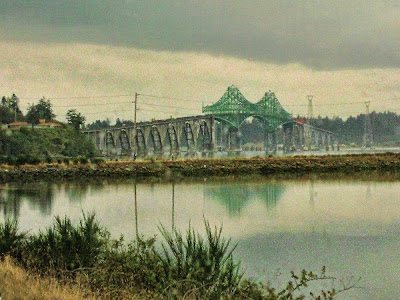 And I think this one is at Coos Bay. I enhanced it with Topaz Adjust, but I think I just managed to enhance the raindrops and the spots on the windshield. 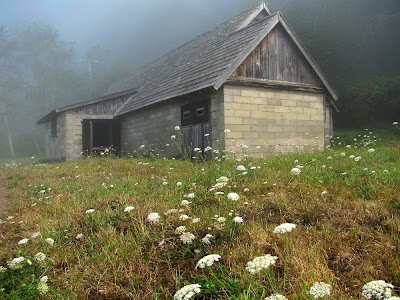 But I did manage to see one really neat thing in the fog, near Klamath, CA. This looks like an old farmhouse, right? 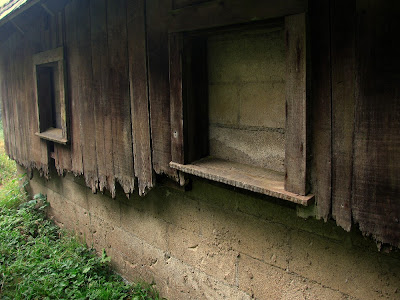 But there's something strange about it. Why would a farmhouse be made of cinder blocks? 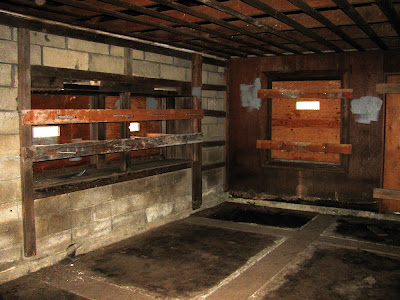 Actually it was built by the Army during WWII. It housed an early warning radar station, a diesel generator, electronic equipment and two 50-calliber anti-aircraft machine guns. 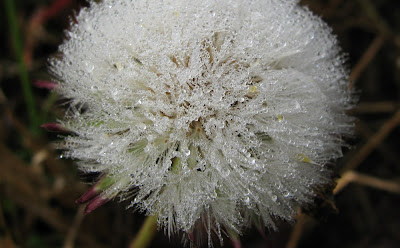 Now, this is why I end up taking at least 100 pictures at every outing. I get easily distracted! This dandelion seed shows how the fog sticks to everything as tiny drops of water. I read that this is how the redwoods get half the water they need, and I can believe it!
Posted by Diana at 1:51 PM