Fiddlin' Around in Fiddletown 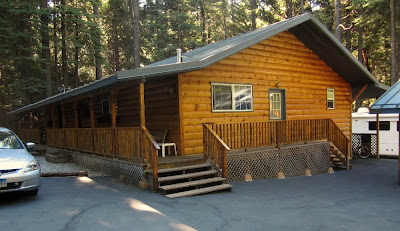 After enjoying Napa, it was time to go up the hill and visit with some friends in Pioneer, CA. This is a beautiful area, with lots of log houses (I wouldn't call them cabins) among a variety of conifer trees. 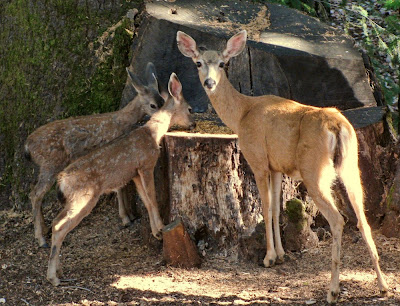 The deer are very friendly, especially when they get fed. I was worried they were getting too unafraid of people, but I was assured that there were no hunters in the area. 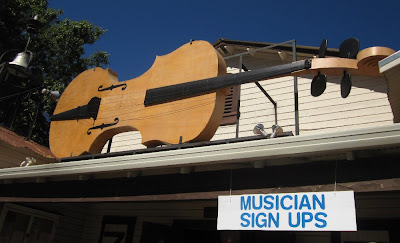 On Saturday, we all headed over to the Fiddlers' Jam Fiddle Contest in Fiddletown. 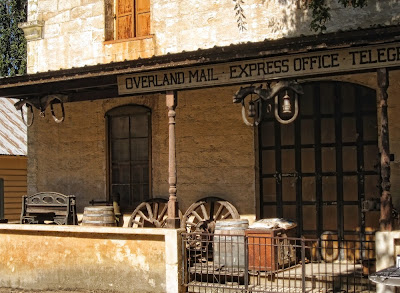 This is an old gold mining town. It was named Fiddletown because it was settled in 1849 by a party from Missouri who spent all their time fiddling. I guess they weren't very successful gold miners.

We missed the actual fiddle contest, but made it for the entertainment. 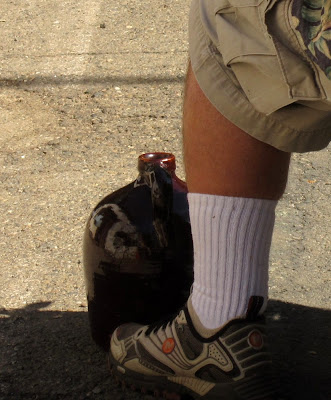 I was wondering what this guy had in his jug. 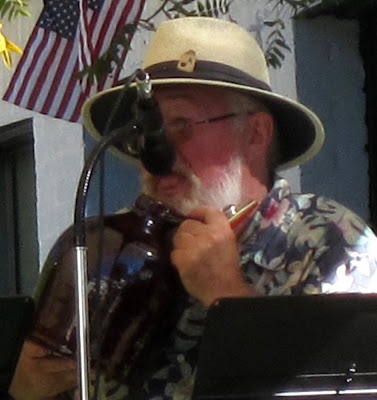 But it turns out that was his instrument.

There was a room where everyone could jam when they weren't on stage. 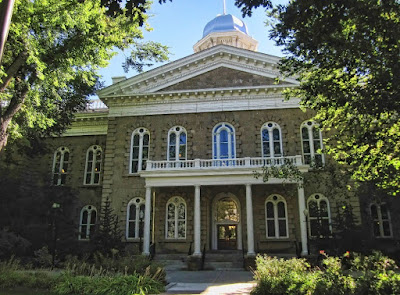 After leaving Pioneer, we went over the mountains to Carson City, NV, and saw yet another capitol building. 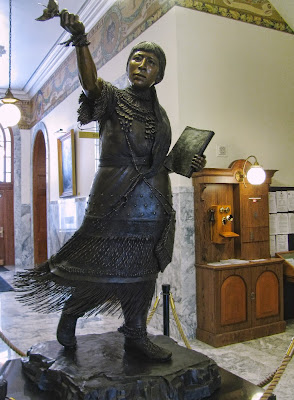 It's a small building, and has only one statue - Sarah Winnemucca. Sarah is famous for having tried to ease the friction between her people, the Paiute Indian tribe, and the white people. She was also the author of the first book ever published that was written by a Native American woman. 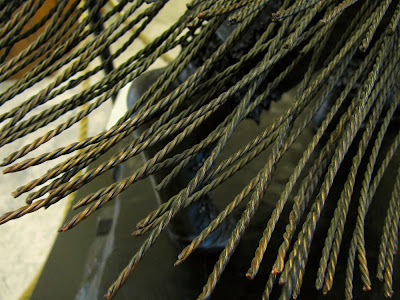 The statue had some interesting detail on the fringe of her dress. 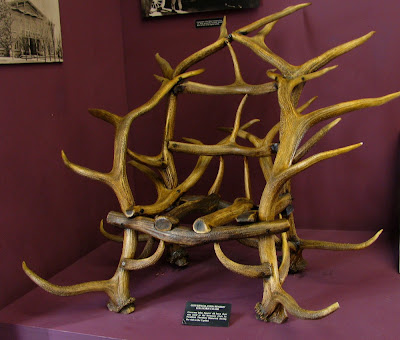 The Capitol had a small museum inside. This elk horn chair was used by President Theodore Roosevelt during his visit to the Capitol. Ouch!
Posted by Diana at 2:47 PM