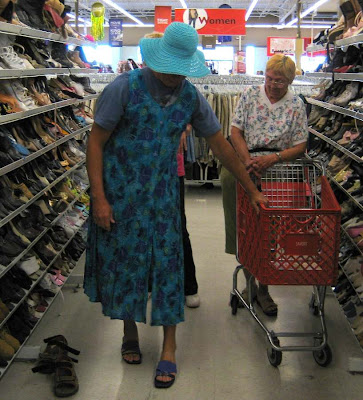 While the WINs were at Boulder Beach, 20 of us put on a Murder Mystery called "Margaritaland," a night of chaos and crime in the Caribbean. I was lucky enough just to enjoy it from the audience. But before the big show could go off, lots of thrift store shopping for costumes had to happen. Hmmmmm... Who is this attractive lady in blue? 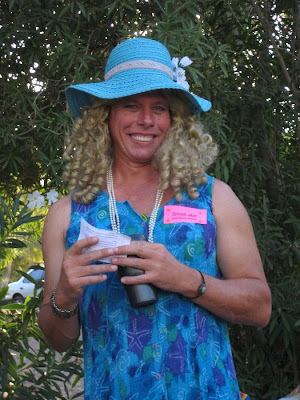 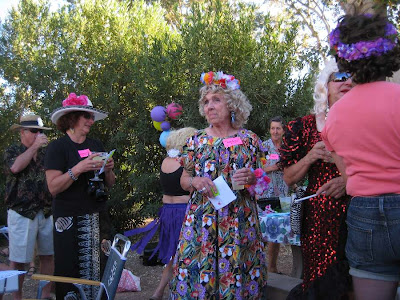 The murder mystery kit came with character descriptions and objectives, but no actual script. It was up to each character to get their points across. We soon found out that it worked better if only one person talked at a time! 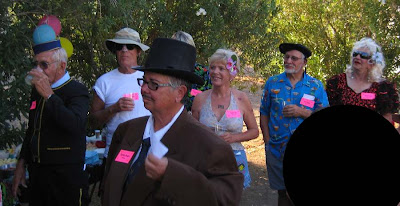 Some of the cast -- BJ Baggage the bellhop, Lifesavin' Sam, the lifeguard, Thurston Howard III, the millionaire, Tatum Tatt, the tattoo artist, Jack Daniels, the bartender, and Starr Bright, the movie star. 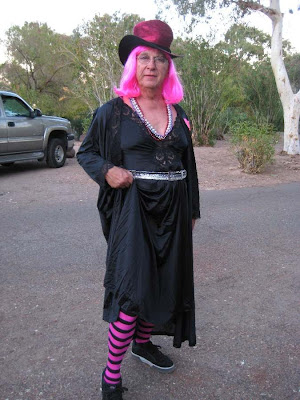 My favorite costume and performer was Candy Cotton, the millionaire's girlfriend. 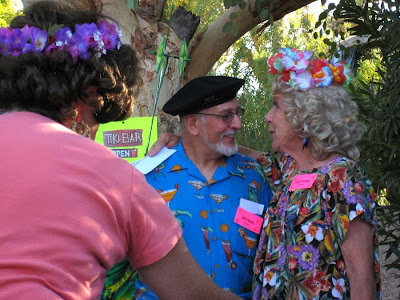 Here Jack Daniels and the bar manager, Bindy Barkeep, share a "private" moment. Jack's philandering ways get him in a lot of trouble. -- 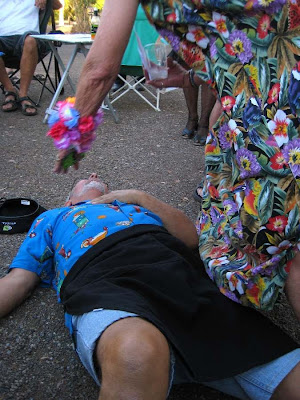 And ultimately contribute to his demise. 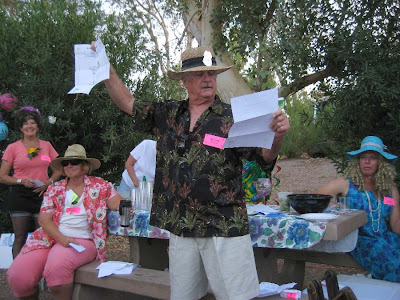 There are no shortage of motives, and it's up to Sgt. Lord to go through the evidence and nail the murderer. I'm not going to give that away, but, if you really want to know, Judy did in her blog, plus she has pictures of all 20 actors.
Posted by Diana at 2:31 PM