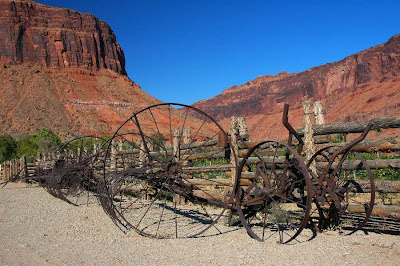 Moab has been a popular filming location, mostly for Westerns. One often-used site was White's Ranch, now known as the Red Cliffs Lodge, up river from our campsite. 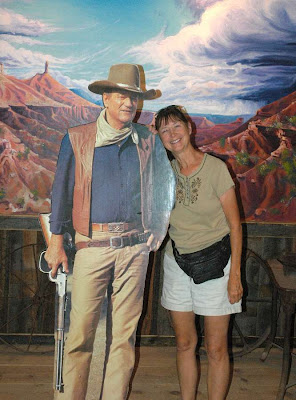 They have a free movie museum there, where I was lucky enough to meet John Wayne. 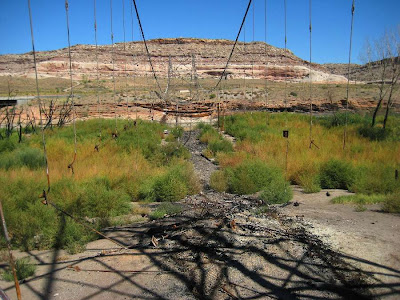 Also upstream from our campground is the old Dewey Bridge across the Colorado River. Built in 1916, it was restored in 2000. Unfortunately, it was destroyed by fire in April of this year by a 7-year old playing with matches. 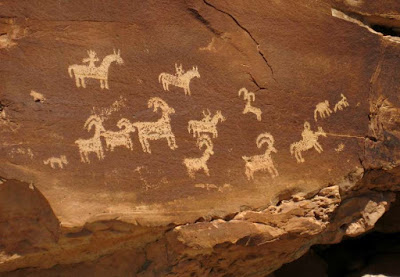 The Moab area is also filled with petroglyphs. These are probably the best preserved, at Wolfe Ranch on the trail to Delicate Arch. But they date back "only" to between 1650 and 1850, due to the presence of horses. 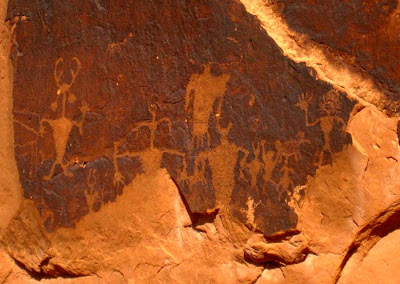 Earlier rock art, near the golf course, is pretty well preserved. That's the famous "Moab Man" on the left. 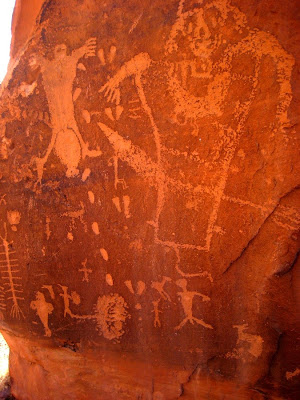 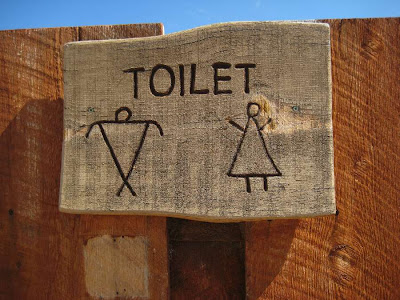 This one dates back at least a year or two. 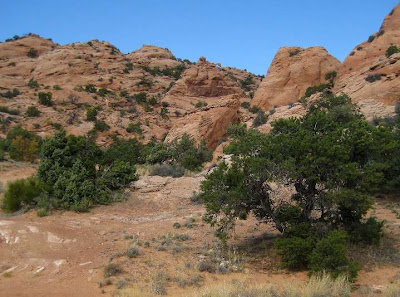 Barbara and I decided to go on one last hike, this one to Tukuhnikivats Arch, in the "Behind the Rocks" area south of Moab. After a 2-mile walk over a rocky road, we found the arch up on top of this hill. Can you see it? 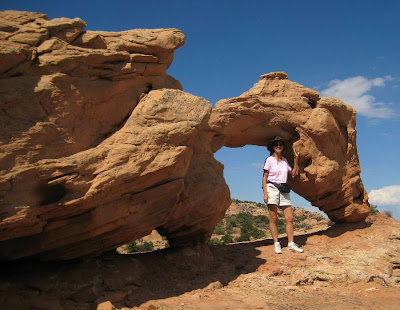 It was a tough climb up, and an even tougher one down, but we made it. 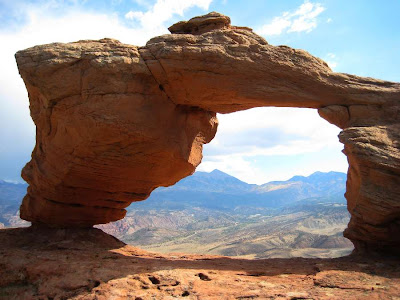 The classic shot of the arch with the La Sal Mountains in the background. There was a lot of fall color on the mountains, hard to see in the picture. 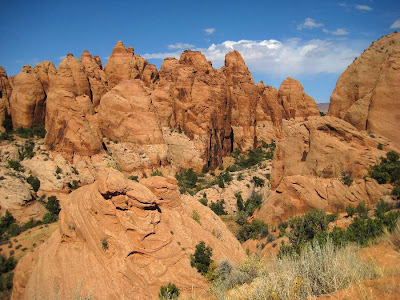 We took a different way back, going through "Conehead Valley." 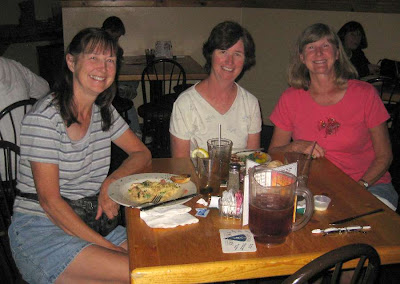 That evening, Barbara and I had dinner with our friend, Sharon, at the Moab Brewery. I just love that place-- terrific food!
Posted by Diana at 7:08 PM