Fremont Street Experience in downtown Las Vegas is supposed to be the way Vegas used to be -- Good deals and looser slots. But its main attraction is the biggest big screen on the planet, 1500 feet long and 90 feet high. 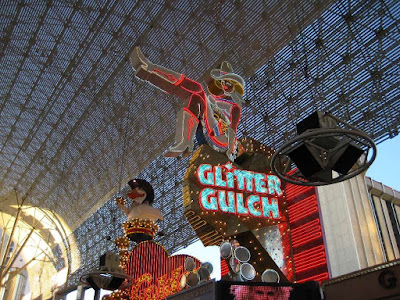 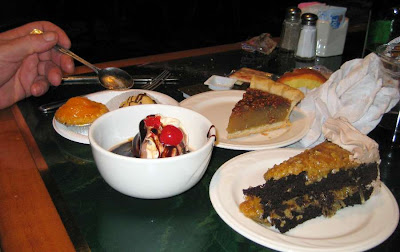 While waiting for the shows to start, we enjoyed one of the best buffets I've ever had at the Fremont Hotel & Casino, for the low price of $5 each after our 2-for-1 coupon. I forgot to take pictures until dessert time. 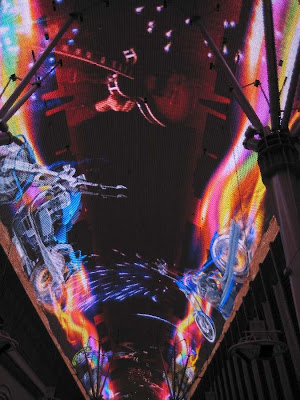 Each evening, from dusk to midnight, different shows run each hour.

I saw four shows. This one was about Area 51, and featured aliens walking across the top of the screen, along with a big outer space battle. To see more of the show, click here.

My favorite was Don McLean's "American Pie." I wrote about this song earlier here when I was in Clear Lake, Iowa, where Buddy Holly was killed in a small plane crash.

More of the American Pie show. There has been a lot written about what this song means, and much of that interpretation has been included in the show. To see the whole thing, click here. 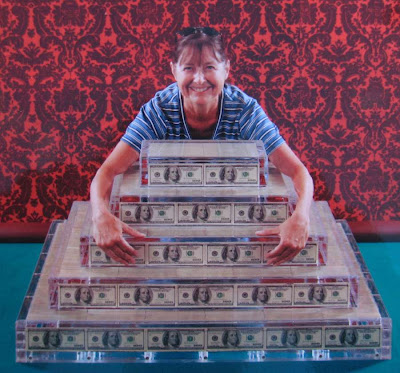 The closest I'll ever come to a million dollars. It would have been even better if I'd been able to take it home with me!
Posted by Diana at 2:10 PM