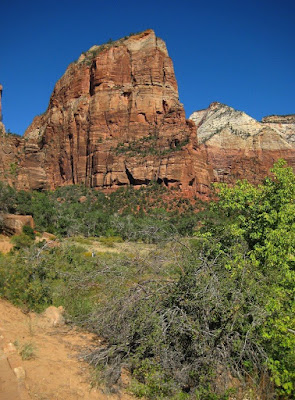 Another of my all-time favorite hikes, this one involves climbing 1500 feet to the top of this peak in Zion National Park. It's a little intimidating! I've done it before, but I'm a little older now. (Apparently, not any wiser...) 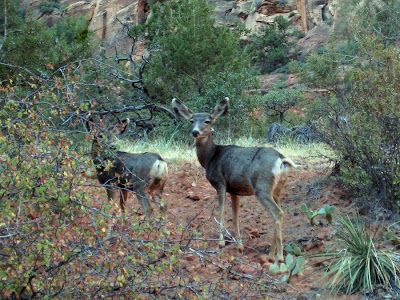 Two mule deer cheered me on. 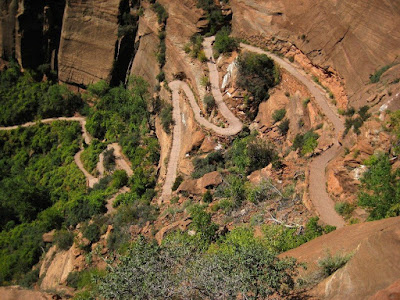 On the first part of the hike, you go along the river, and then up a bunch of switchbacks. 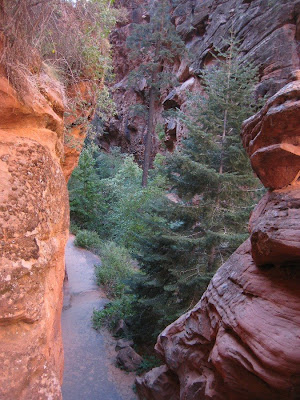 Then go back through "Refrigerator Canyon," on the left side of the first picture. 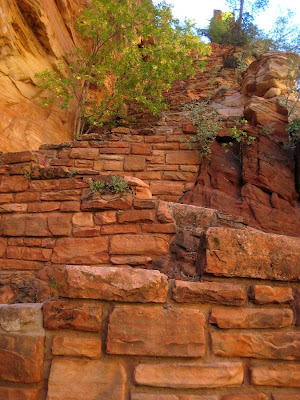 Where you find "Walter's Wiggles," a set of 21 switchbacks -- 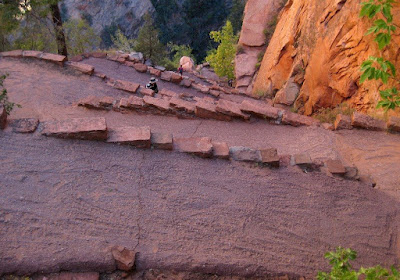 More easily seen from above. 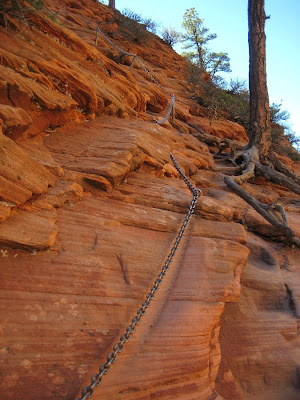 So far, the trail's been paved, but that changes rapidly. Chains help you climb over a hill. 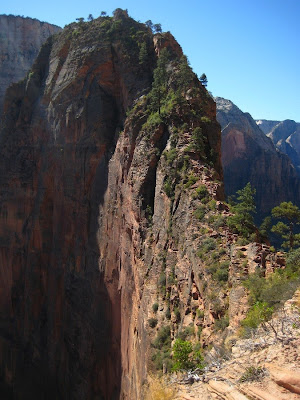 Then you come to this. Wow! I have to climb that? 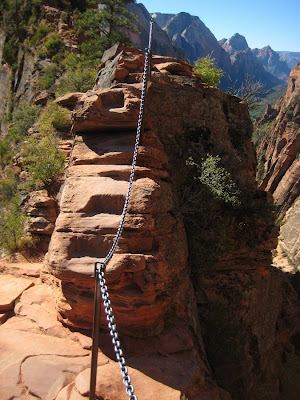 Once more, chains help you over the really bad spots, such as this very narrow rock with 1000' dropoffs on either side. 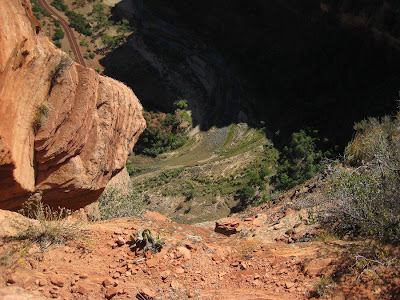 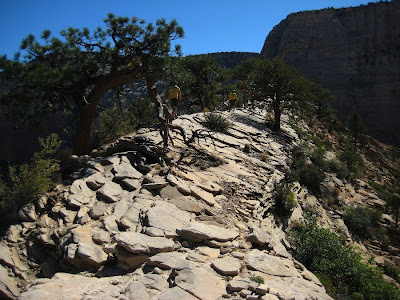 After a half mile of rock scrambling, during which time I was too scared to take pictures, I made it to the top. 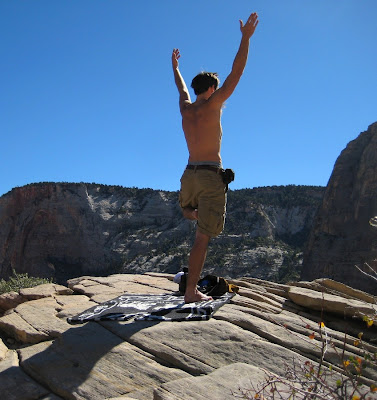 I made my way to the point, where I found -- Yoga Guy! 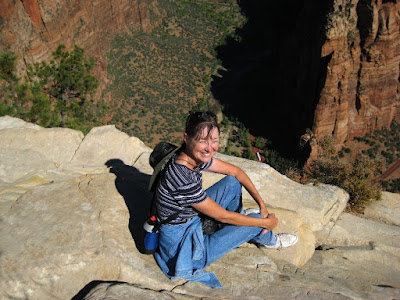 When he was done, he took my picture. 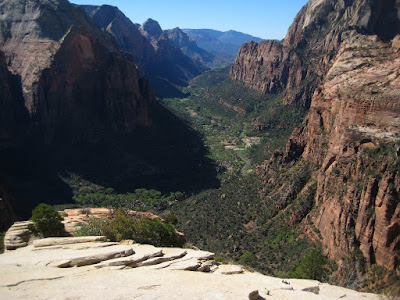 And I got a great view both down-canyon -- 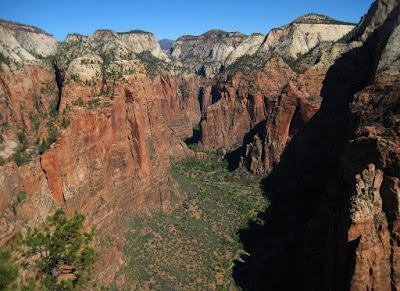 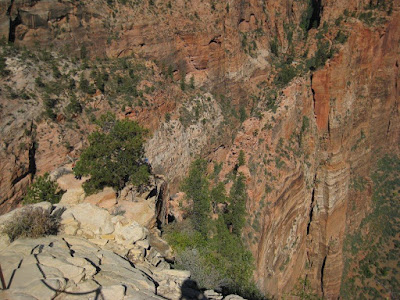 Going down was just as hard as going up, but I made it, and all in one piece.
Posted by Diana at 11:30 AM