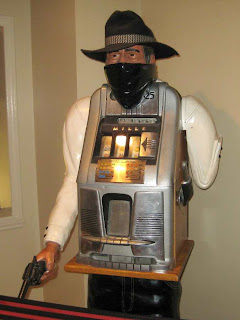 When we arrived in Des Moines we intended to stay at the casino in nearby Altoona. They had a really cool one-armed bandit. 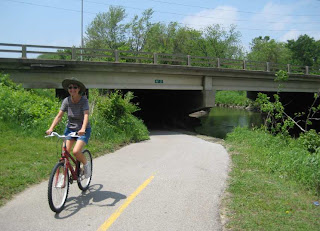 But ugly signs and too many trucks forced us to move on to the Sam's Club in Des Moines. What a great spot! Right next to a bike trail along the river. 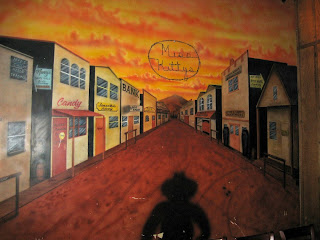 We went dancing that night at Miss Kitty's, a great honky-tonk. 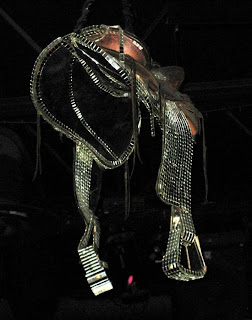 The "disco ball" was a saddle. 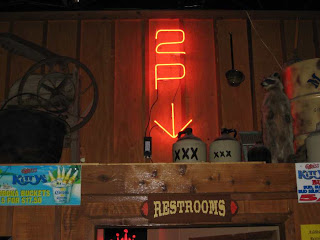 It had a good dance floor, and the restrooms were clearly marked. 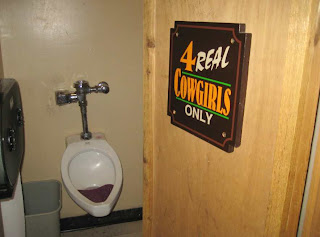 Inside was a stall for "real cowgirls." I couldn't figure it out. I don't have a picture of the men's room, but it featured a one-way mirror in front of the urinals so the guys could keep track of their women while they took care of business.

These people could really dance!
Posted by Diana at 3:29 PM