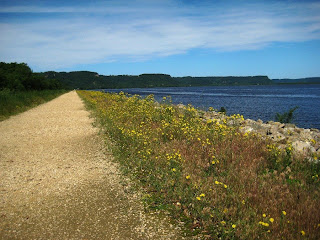 La Crosse, Wisconsin is a lovely town on the Upper Mississippi. Unlike the Lower Mississippi, much of the upper river is a series of pools created by a system of 29 locks and dams. Lake Onalaska is one of these pools. On the Wisconsin side, there is a nice trail out to the spillway. 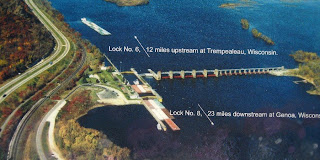 On the Minnesota side is Lock & Dam #7. The locks and dams were built in the 1930s. The primary reason for damming the river is to facilitate barge transportation. The dams regulate water levels for the Upper River, and play a major part in regulating levels on the Lower Mississippi. 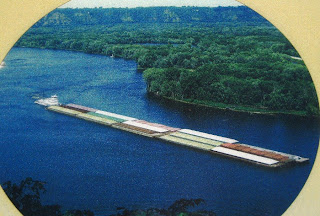 A 15-barge tow like this one can carry as much as 870 large semis or 225 rail cars. We were hoping to see one, but the river was closed south of here because of the flooding. 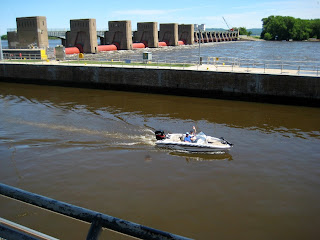 We did see a boat go through the lock. Yeah! 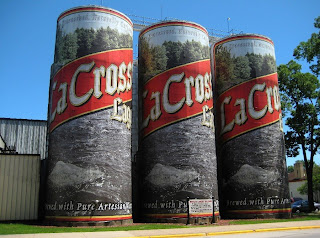 Next we went on a tour of City Brewery. We weren't allowed to take pictures on the tour, but here's the world's largest 6-pack. 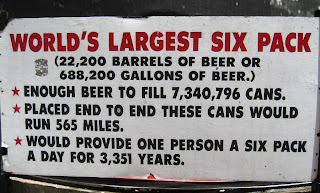 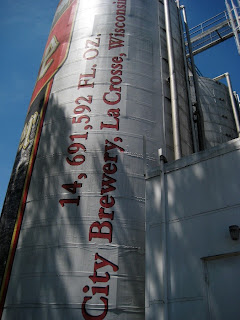 Whoops! They are off by 10,000 ounces. Only a CPA would actually do the math! I sent them an email about their error, but haven't received a response yet. 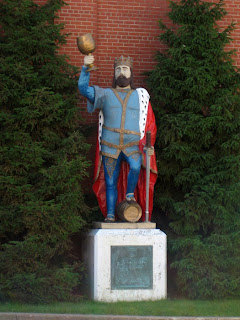 But the King of Beer gave me a toast. 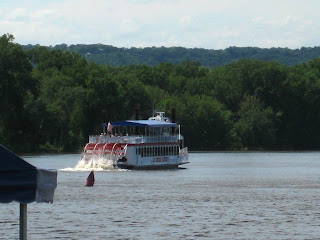 The La Crosse Queen is an authentic paddlewheeler that offers tours. 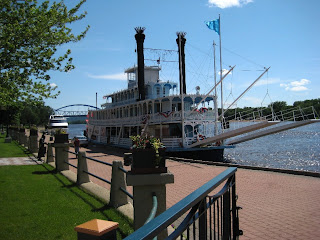 The Julia Bell Swain is a reproduction of a late-1800s steamdriven paddlewheeler. It is prettier than the authentic one -- isn't that often the case... 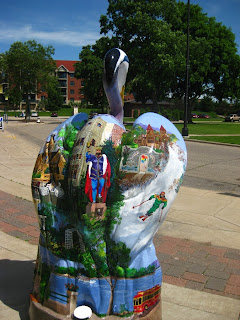 All around town were beautifully painted herons. This one even had the King of Beer on it.
Posted by Diana at 6:44 AM