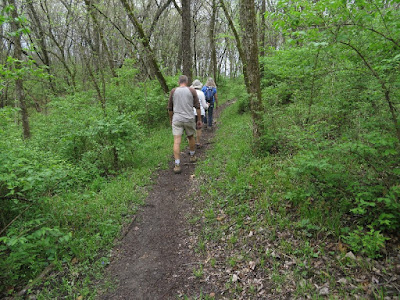 I joined up with the WIN's Lewis and Clark circuit in Kansas City. I know that Lewis and Clark started out near St. Lewis, but I didn't want to go east just to go west again. I had first done this trip way back in 2010. Our first adventure was a hike through the muddy woods. 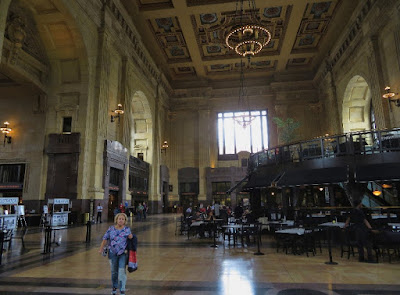 But things get better from here! We went downtown to tour the city, starting at Union Station, the second largest one in the country after New York. 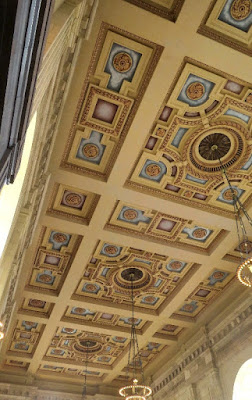 The ceiling was just gorgeous. 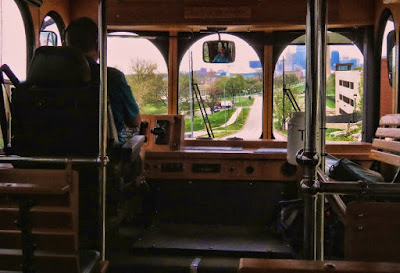 We did a trolley tour of the city, which was excellent.

We saw a mural of Lewis and Clark, and company... 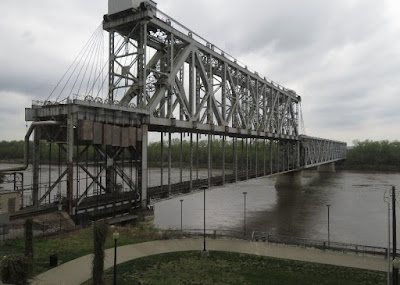 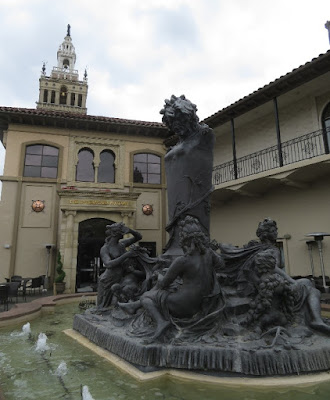 There are a lot of great fountains in Kansas City. 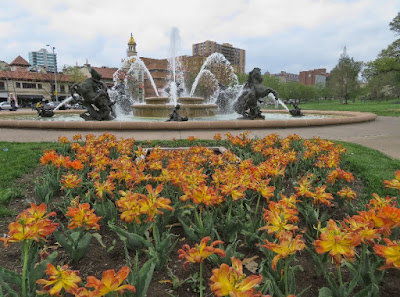 But this is my favorite - the JC Nichols Fountain. 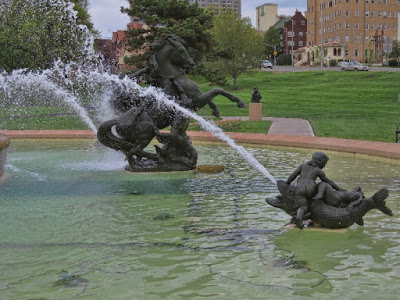 The barfing animals reminded me of the fountains that I saw in Paris! 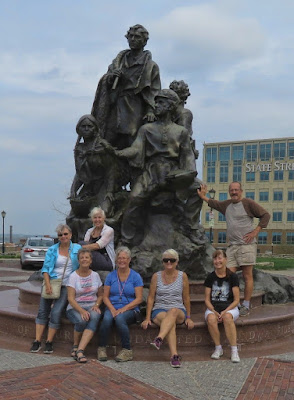 We went to see 2 Lewis and Clark sites. This one, which I forgot the name of, 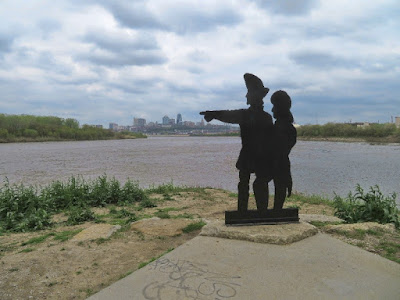 And Kaw Point, at the confluence of the Missouri and the Kaw rivers. Lewis and Clark were here on June 26, 1804. 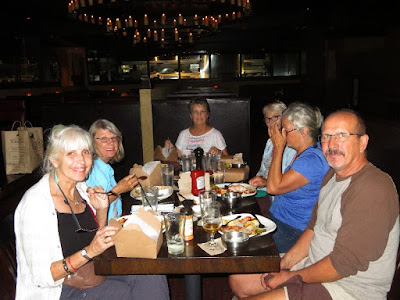 And of course, you can't go to Kansas City without getting Barbeque!