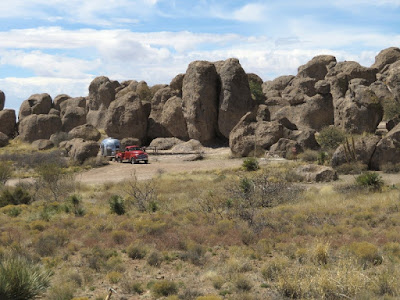 After returning from my trip to Mexico, I moved east to spend some time in New Mexico. I first stayed at Faywood Hot Springs, which was really nice. Unfortunately, I took NO pictures! But City of Rocks State Park is right down the road, and I went over there several times. 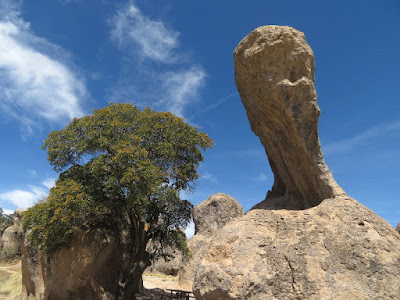 My friend Karylee was parked there and she showed us all the sights. 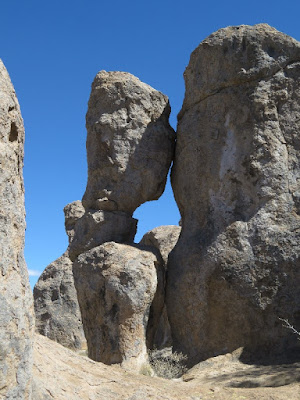 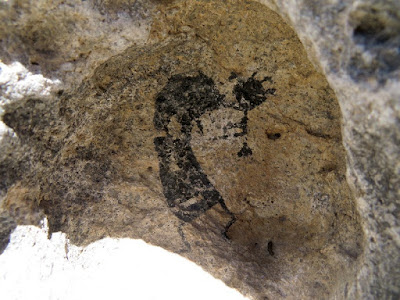 And one of the Kokopelli pictographs, which was hidden behind a rock. 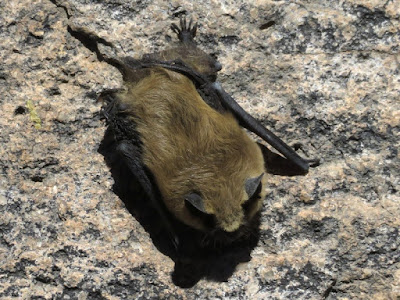 When we removed the rock, this guy flew out. There was a lot of screaming involved... 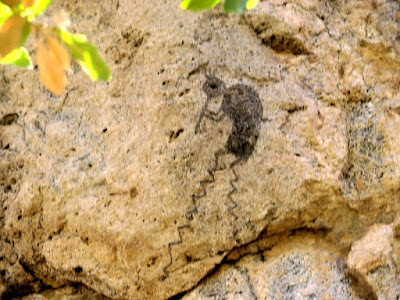 This is the larger Kokopelli. They look a little too perfect to be very old... 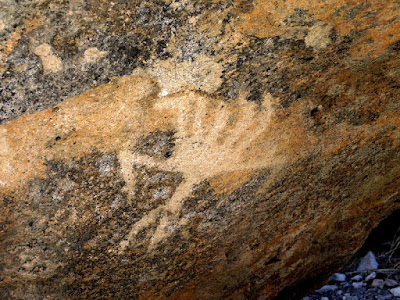 There are also some petroglyphs there, and Karylee knew just where to find them. 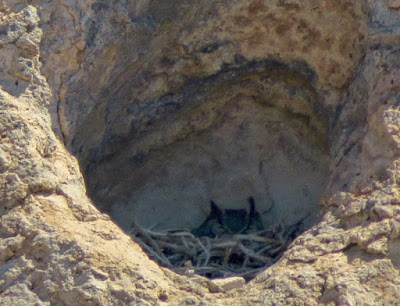 She also knew where a mommy owl, "Owlive," was nesting. She was in a very high rock and I was zooming in a lot. She was asleep anyway... 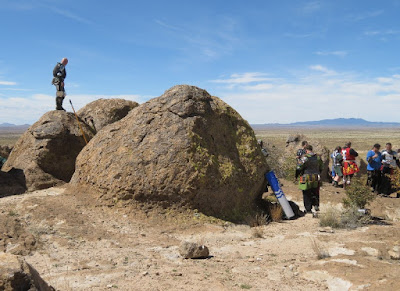 On the weekend, they had a Medieval Festival. 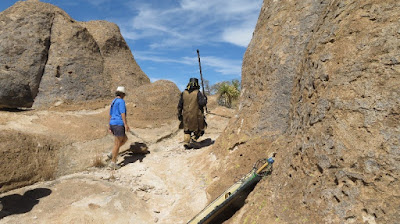 It was weird to see the modern people and the medieval people wandering around among the rocks. 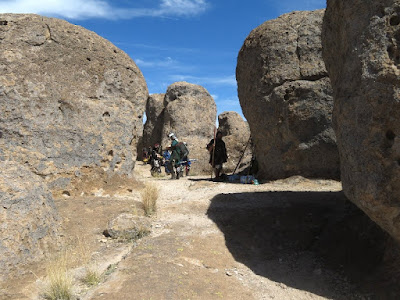 There was always something scary around the corner... 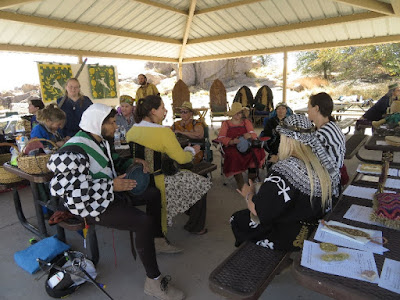 They also had a Medieval jam session going on. 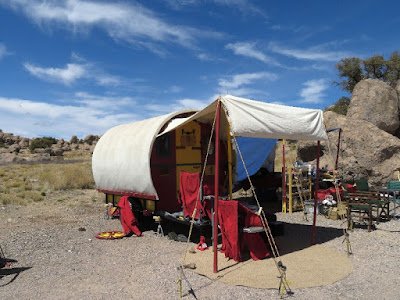 And some very unique travel units.

I have not spent very much time in New Mexico until now, but I was very impressed with both Faywood Hot Springs and City of Rocks.