Homes of the Ancient Ones 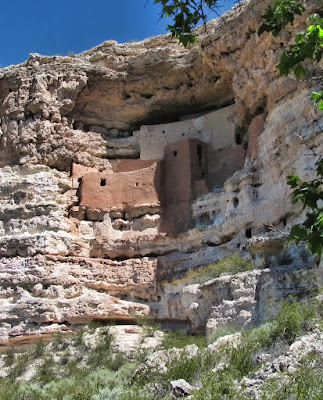 Back in prehistoric times, from about 1000 AD to 1400 AD, the Sedona/Cottonwood was home to a fair number of Ancient Ones. They were primarily farmers, but also did some hunting and gathering. Montezuma Castle was a 5-story, 20-room dwelling with a view. 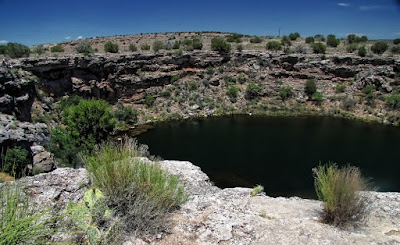 Nearby is Montezuma Well, fed by a continuously flowing spring. 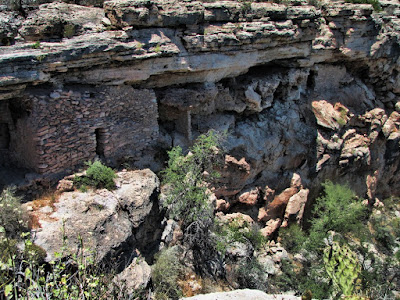 Along the side of the well are a couple of ancient dwellings. Notice how they built where they would be in the shade during the hot summer. 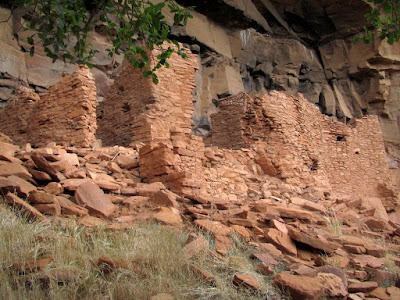 Outside of Sedona, at the end of the road where I am parked, are a couple more ruins. The Honanki cliff dwelling and rock art site was pretty impressive. 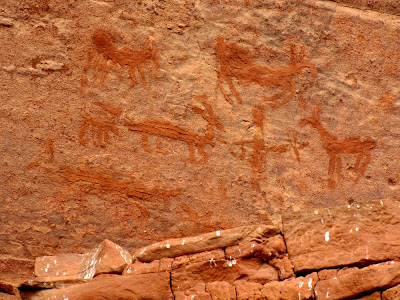 But I still think the "art" was done by ancient kids when the ancient moms sent them outside to keep them out of their hair. I visited the nearby Palatki ruins years ago, but they are now closed because of "creaking loud noises," and may be in danger of collapsing. You can just get a distant view now. They should at least cut down the tree... 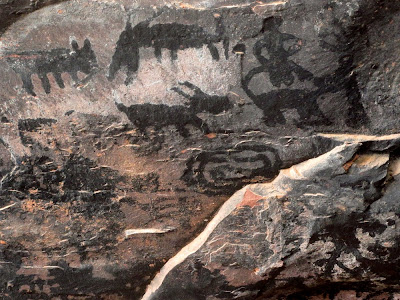 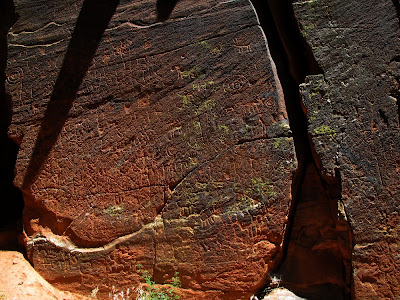 Near Montezuma Well is the largest petroglyph site in the Verde Valley. It's a little hard to see in the picture because of the time of day I was there. 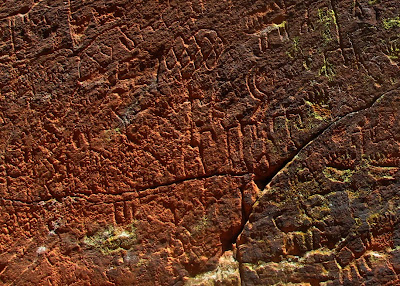 Here's a closeup. The whole panel is just filled with etchings. 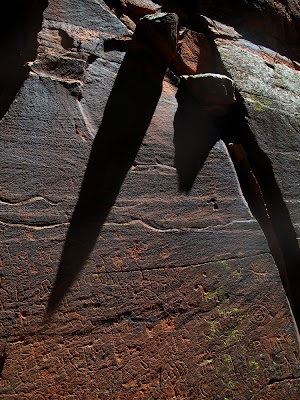 But the most important thing about the panel is those 2 rocks that stick out at the top, and form a shadow on the panel. They make a solar calendar, by pointing to different pictures on the panel for various important dates - when to plant crops, etc. 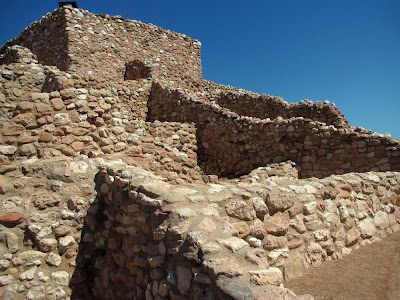 Tuzigoot is the last site we visited, and the largest, covering the top of a long ridge. It was originally 2 stories high, with 77 ground-floor rooms. 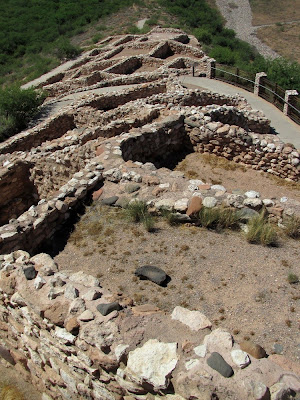 It's impossible to get a shot of the whole thing, but this is a shot of one side from the top.
Posted by Diana at 7:45 PM