Farther Up the Hill to Prescott 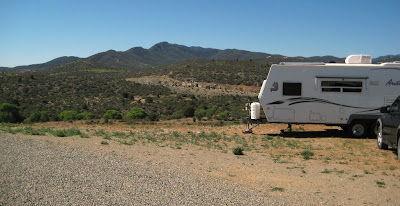 To a gorgeous spot at the Elks in Prescott Valley. 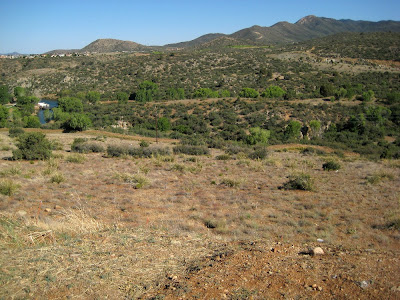 I'm parked right at the edge of a cliff, with my picture window looking out over the valley. 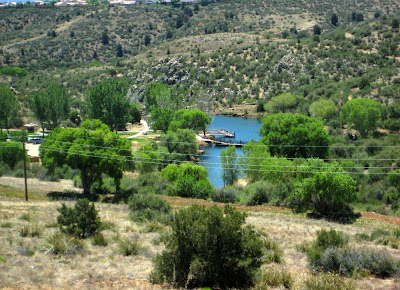 There's even a park down there, surrounding a small lake. 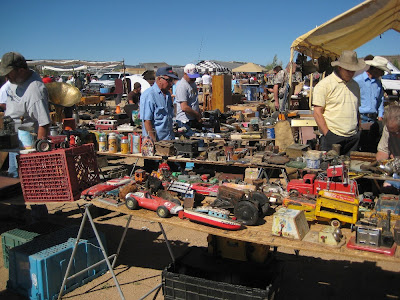 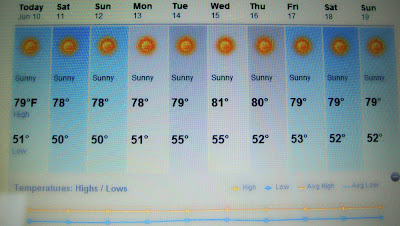 And the weather could not be better!

BUT - you knew there was a BUT coming - right after we got there, the Elks decided there would be no more boondocking. They have sites with hookups, for $17 a night, and I guess they wanted to fill them up. $17 is not bad for one night, but there is no weekly or monthly rate, SO 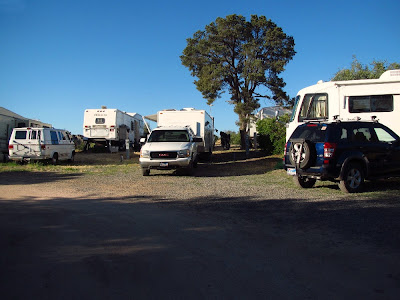 We found a reasonably priced park in a great location. Some of the neighbors are a little sleazy and loud, but it has its good points. 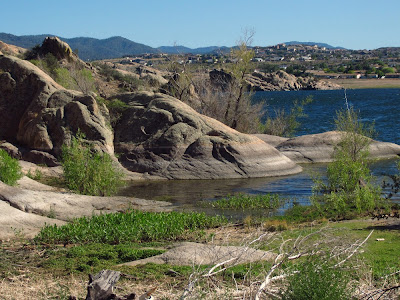 It is a very short walk to Willow Lake - 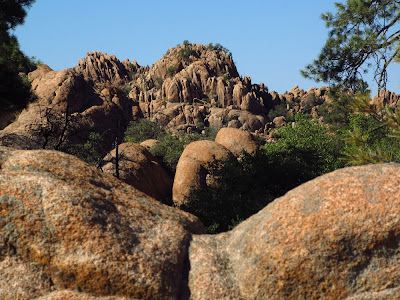 And the Granite Dells. These rock formations are in several locations in the Prescott area. The town had to be built around them.

I needed to be settled for a few weeks because Phil and I are flying out of the country in another week. Where are we going? More on that later. 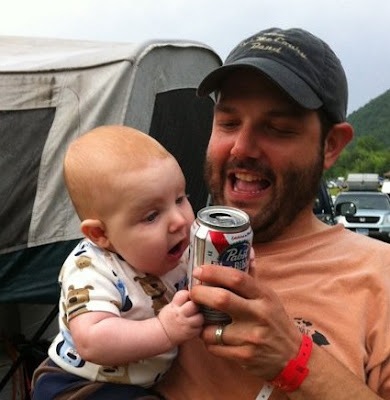 But first, I want to show you why I love Facebook so much! I saw this picture of my great-nephew, Will, on his very first camping trip, entitled "I want what you're having." Without Facebook, I would have missed it!
Posted by Diana at 8:33 PM