What To Do in the Rain? 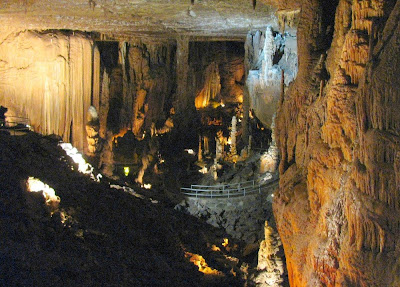 After a wonderful stay at the Fort Worth Stockyards, I hustled on over to Mountain View, AR to join the WINs for a couple stops of their spring kayaking circuit. Unfortunately, it rained the entire week I was there.

But the WINs are a resourceful group, and all fulltime RVers should be able to amuse themselves when it's raining.

One thing we could do was go to see the Blanchard Springs Caverns. 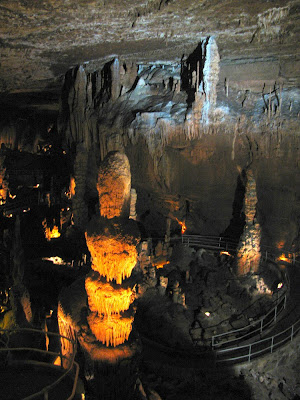 These are beautiful caverns, with nice lighting, although the lighting was pretty dark for picture-taking. 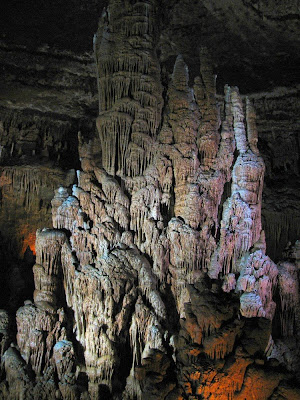 There were large rooms, with huge columns. 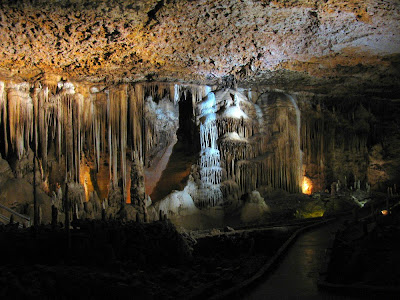 The caverns were not discovered until 1963 on national forest land. So the tour was given by forest service personnel. 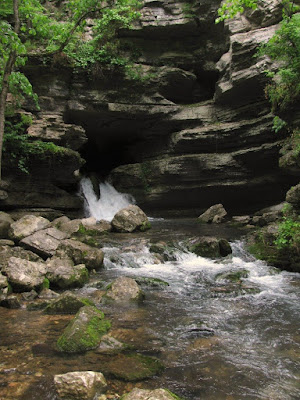 Nearby is Blanchard Springs where the water seeping through the caverns comes out, and how the caverns were originally discovered. 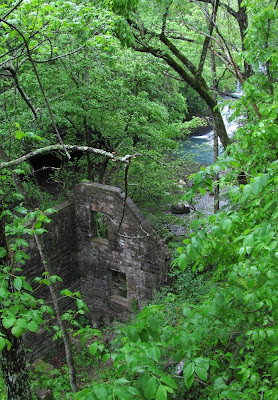 I was itching to go down and investigate it, but all I could think about was all the things that could ruin that experience. It's quite a list!

Mountain View is noted for Ozark music, and we went twice to the John Taylor "Sons of the Ozarks" show. John plays the fiddle and his two sons play guitar and sing. Gentry has the best voice, and is singing "Long Black Veil" here.

"Orange Blossom Special" is considered to be the fiddle player's national anthem. I've seen many different versions and always try to tape them. Here the harmonica is highlighted. Two harmonicas are necessary because of the limited number of notes in a harmonica.

And if all else fails we can watch our friends trying to get out of the mud at the campground.
Posted by Diana at 1:37 PM