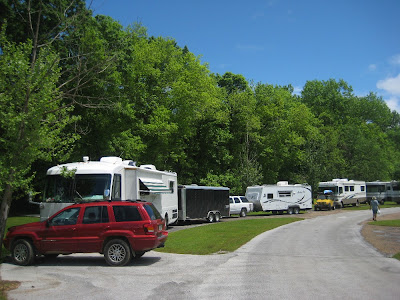 The next stop on the WINs kayaking tour was Tyler Bend, on the Buffalo River just north of Marshall, AR. Some of us shared campsites and actually got away with it!

The sun finally came out the day we arrived. It didn't stay out, but there were at least times when we could do activities. 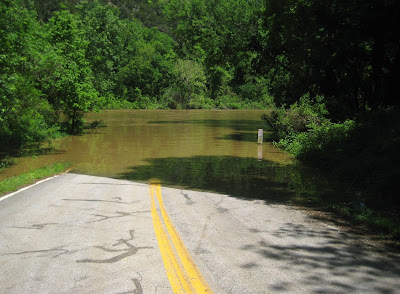 Unfortunately for the kayakers, the river did not look good. 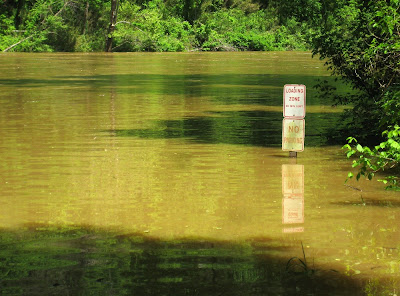 It was above flood stage and moving very quickly. The rangers told us if we went on the river and got into trouble, there would be no rescue! 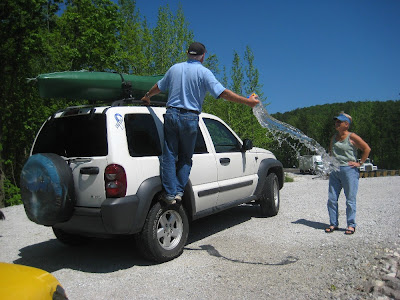 We decided to go on an auto tour of the Buffalo River west of where we were. But first, Max had to get all the water out of Nancy's kayak. 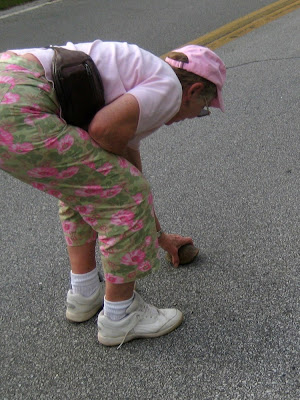 Viv had to stop so she could rescue a turtle crossing the road. 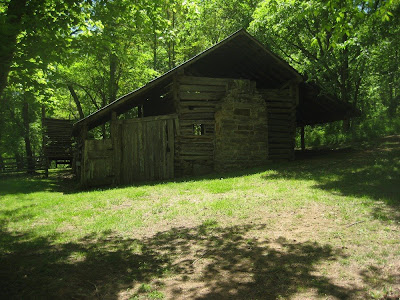 We finally got to our first stop, the boyhood home of "Beaver Jim" Villines. His father built this log house in 1850 for his new bride, and the family continued to use it for 100 years. 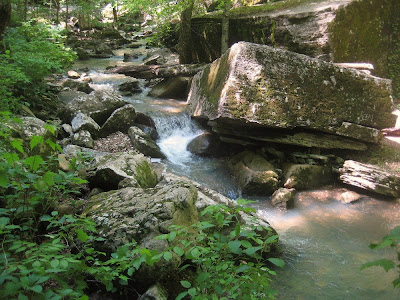 Then we went for a hike up the Lost Valley Trail. The trail followed Clark Creek up through the woods past several small falls. 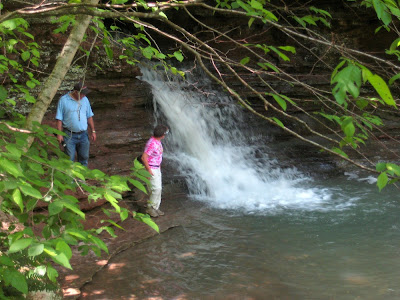 This one is called Lost Falls. 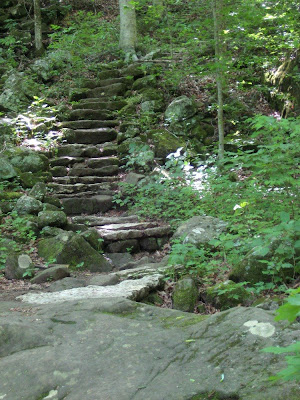 The trail was very nicely done. Up, up we went... 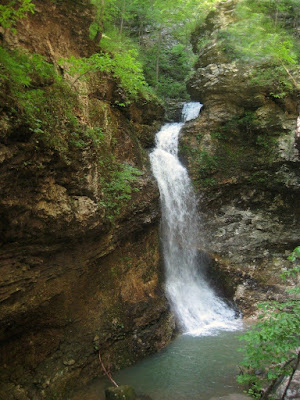 To beautiful Eden Falls, a series of 4 falls that plummet down the limestone bluffs 170 feet. The water from here goes underground and then comes out at Lost Falls. 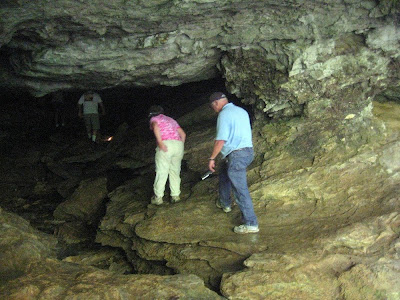 Up from the falls is Eden Falls Cave. There is supposed to be a 35-foot waterfall 200 feet into the cave, but I passed on that. It involved some very difficult caving to get there. 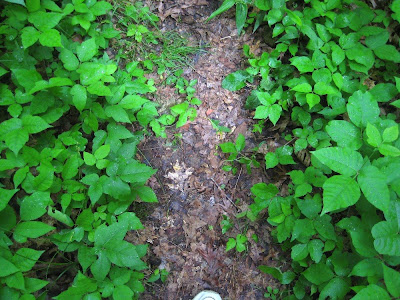 Another day we went on an awful hike through some poison ivy. I don't know if there was anything to see -- all I could do was try to stay out of the poison ivy. 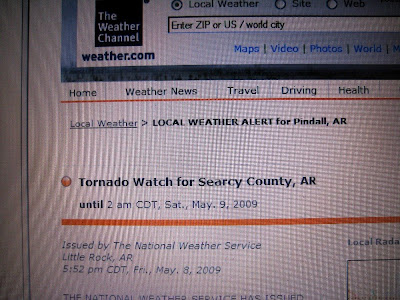 We had the usual tornado watch, but fortunately didn't see one. 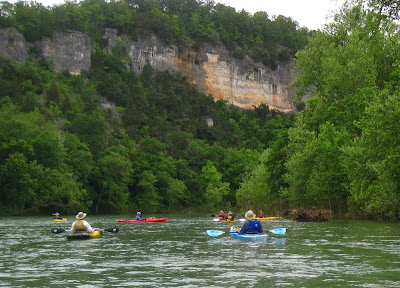 And near the end of our stay, the river receded enough that the kayakers finally got to go on a couple of paddles.
Posted by Diana at 7:34 PM