I arrived at the Escapade, the big rally of the Escapees RV group, a day early. Parking hundreds of rigs is not an easy task, but it flowed pretty smoothly. The Missouri State Fairgrounds in Sedalia has 2000 RV sites with hookups. 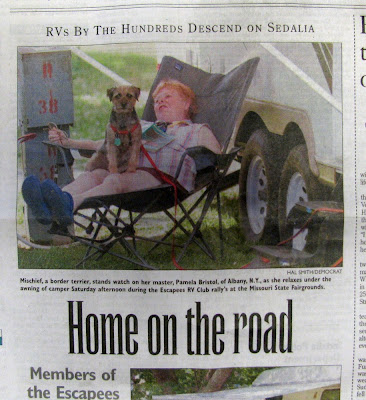 We made the front page of the newspaper -- my friend Pam most of all. 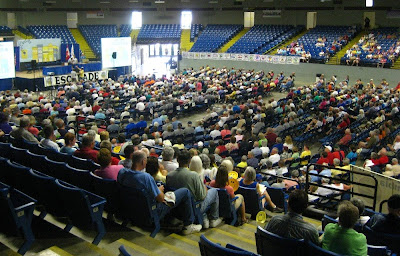 The opening ceremony was lots of fun, especially because -- 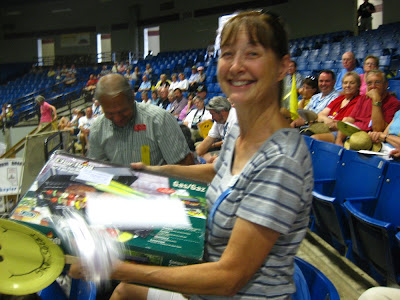 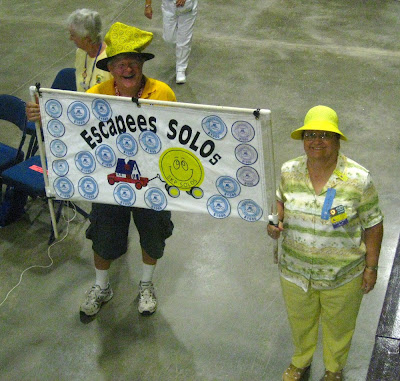 A parade of banners were presented for all the different chapters. John and Andy carried the one for the Solos and went last.

As each banner went by, their group cheered, but the Solos outdid them all by far.

The first night's entertainment was a group from Chicago, New Odyssey, a 3-member group that sings and plays 30 instruments in their act, sometimes playing part of an instrument while another member plays the other part.

My favorite part was when the drummer did the percussion to "Sgt. Pepper's Lonely Hearts Club Band" by striking 8 sensors inside his coat and in his shoes.
Posted by Diana at 4:08 PM