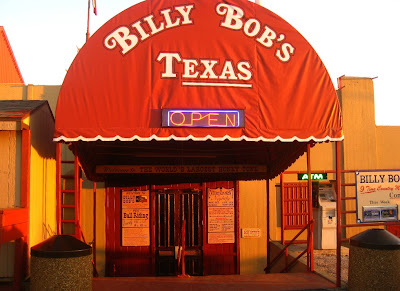 You can't go to the Stockyards without visiting the world's largest honky tonk, Billy Bob's. 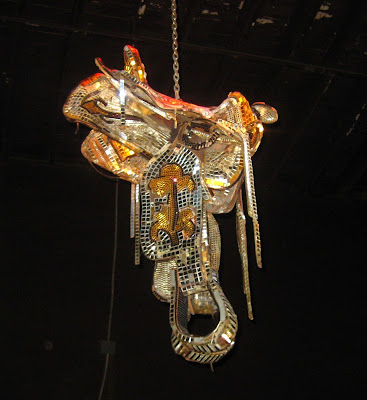 It's three acres large! The dance floor is tiny, though. But the disco ball is really nice. 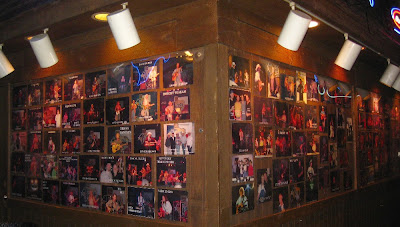 Inside are many bars and separate areas. One has photos of the many artists who have performed here. 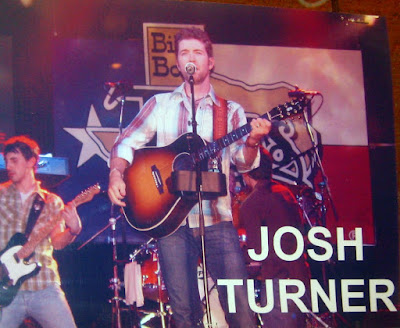 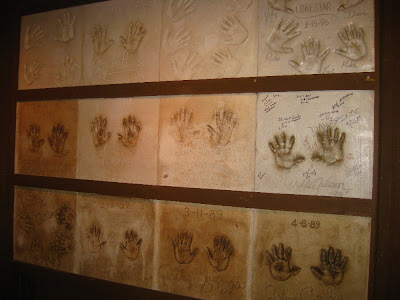 There are also several walls that have hand prints of the performers.

One night we were there, John Conlee was on stage. He was a country star back in the 80s. Now he's 62 and a little heavier.

Another thing you must do at the Stockyards is go to the rodeo. I was lucky to be sitting next to my friend Pat who used to be a barrel racer and she explained all the rules and nuances.

She thought this one was really funny. Watch how this steer outsmarts the team ropers. She said he had been run too many times.
Posted by Diana at 3:16 PM