Moving Over to the Garden Island of Kauai 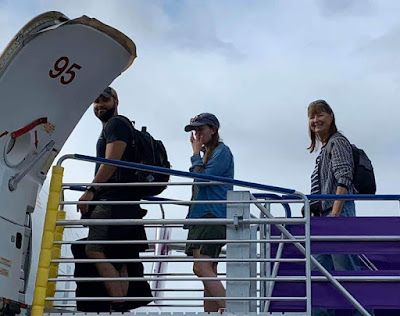 After a week on the Big Island of Hawaii, we had a short flight over to the island of Kauai. 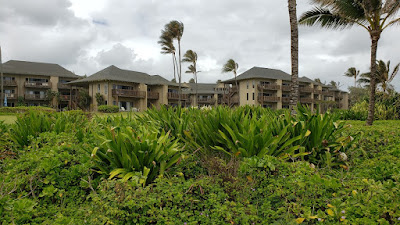 We had a very nice condo in Kauai, right on the beach. 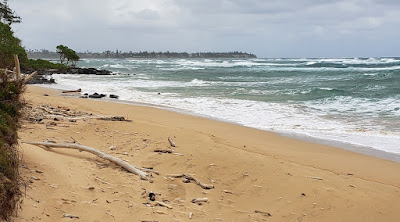 The waves are a bit high for swimming or snorkeling, but it's still beautiful. 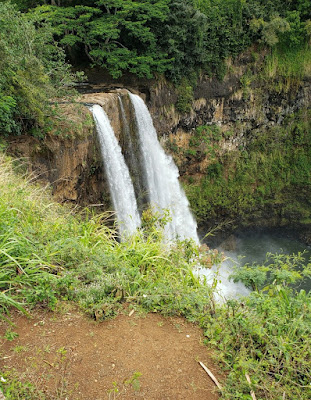 On the day of our arrival, we took a trip to see some nearby sights. First up was Wailua Falls, also known as Fantasy Island Falls, because it was featured in the opening credits of the TV show. 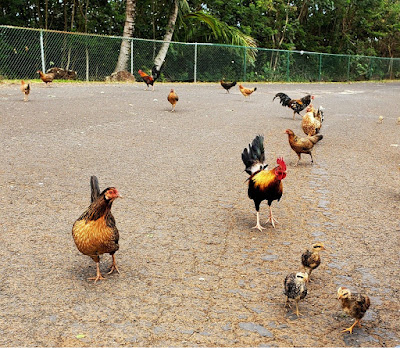 There are LOTS of chickens running around free in Kauai. Apparently, the are mostly the result of past hurricanes, when chickens were freed. 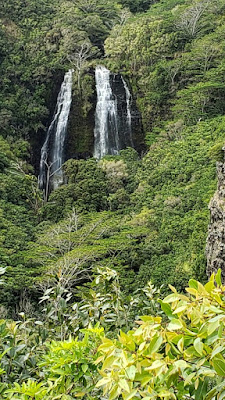 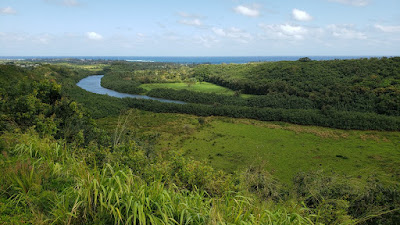 From there, you get a good view of the Wailua River, the only navigable river in Hawaii. 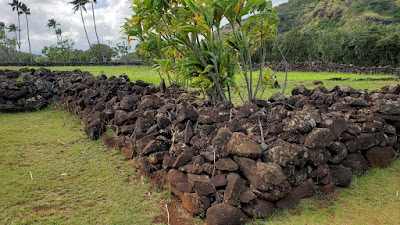 And we stopped at Poliahu Heiau, an ancient temple. There isn't much left of it, but it was still interesting. 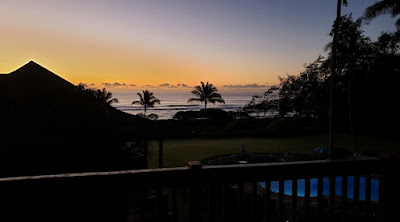 The view from our condo. Lots more to come!