I Love the Big Island of Hawaii! 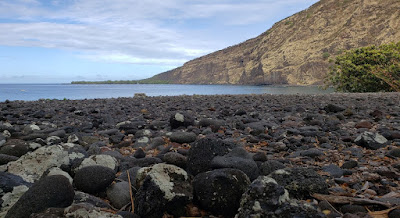 On our second full day on the Big Island, we headed south of Kona to see the sights in that direction. Our first stop was Kealakekua Bay, also known as Captain Cook Bay. 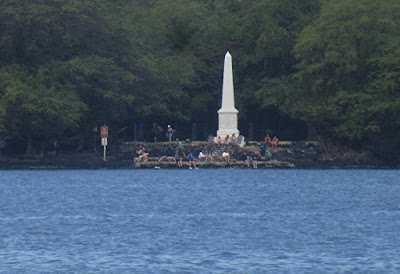 Captain Cook was killed here in 1779. Way on the other side of the bay is a monument to him. 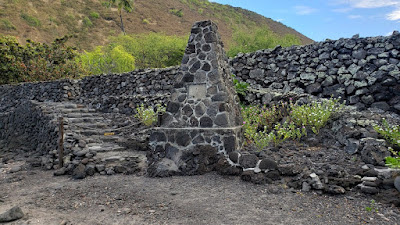 On our side of the bay is Hikiau Heiau, an ancient temple associated with funeral rites. 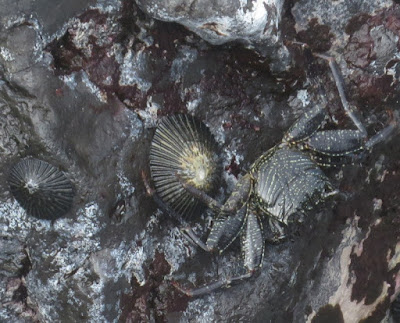 There were lots of black crabs on the shoreline, difficult to see because they blended in with the lava rock. 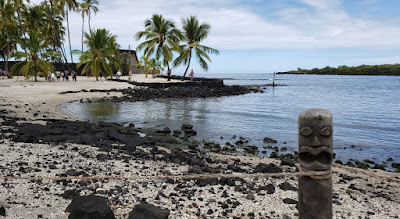 Next, we went to see Pu'uhonua o Honaunau, one of my favorite places on this island. 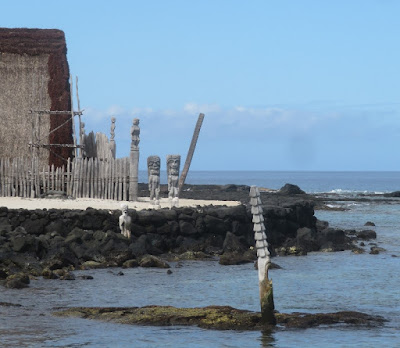 The royal grounds were open only to ali'i (chiefs). 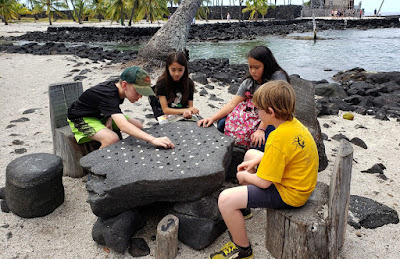 I had been here before, but the National Park Service has really improved the programs they offer here. We had an excellent lecture, and these kids are learning to play Konane, an ancient Hawaiian strategy game. 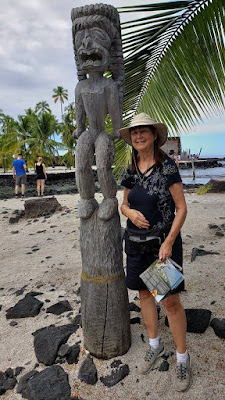 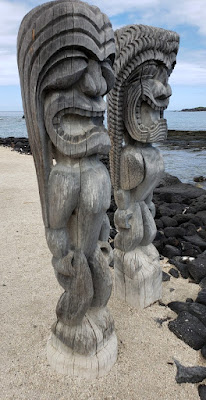 My favorite two - from the front - 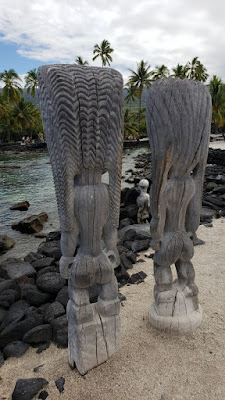 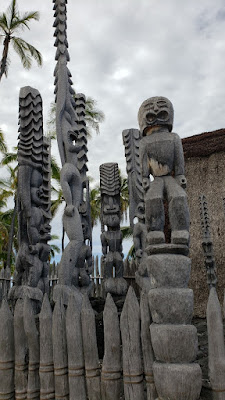 This place served as a place of refuge for those who broke Kapu - sacred laws and beliefs, such as a commoner who cast his shadow on an ali'i, or who caught a fish out of season. 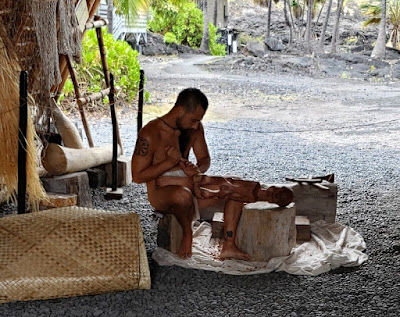 They also had a mostly-naked wood carver for us to admire. 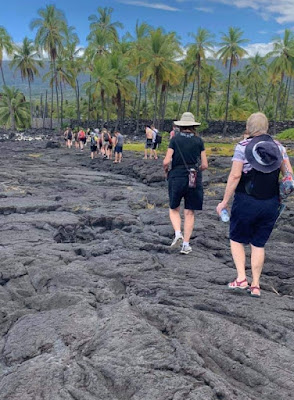 Walking is hard on this lava!