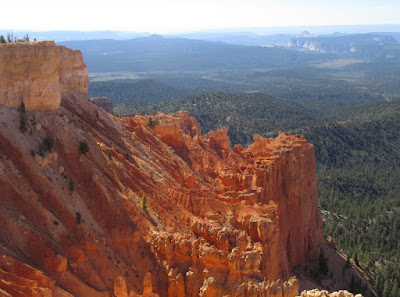 One day, we went on a great free tour of the Southern end of Bryce Canyon. 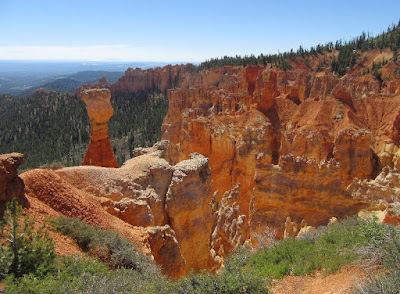 We saw "The Hunter", with his head sticking up, but the rabbit has worn down and is no longer recognizable. 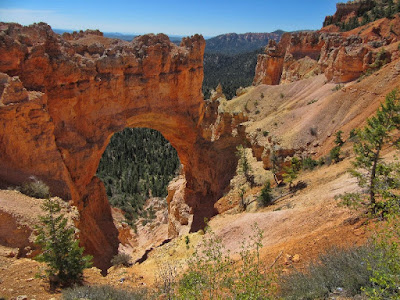 We stopped at the picturesque Natural Bridge, which is really an arch, not a bridge, because it wasn't formed by water. 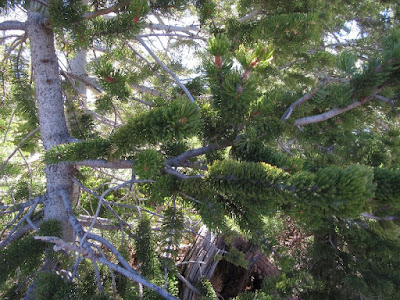 This end of the park is at a higher altitude, so we got to see some Bristlecone Pines. 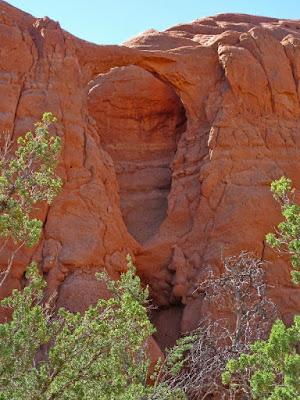 On another day, we went to Kodachrome Basin, where we hiked out to see Shakespeare Arch - 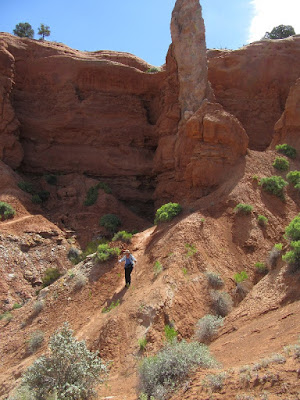 And the Sentinel - whoops, I chopped off the top. That's Lyn coming down from a close-up view. 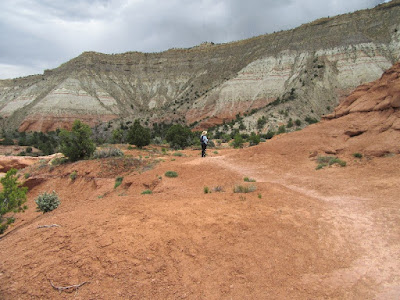 We also did the Angel's Palace trail - 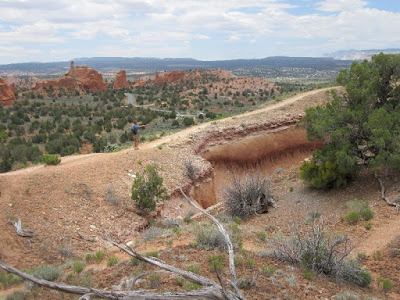 Where you can go out on a very steep drop-off point. 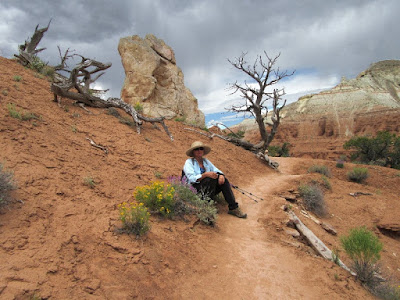 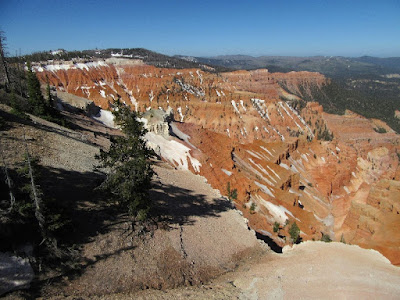 On yet another day, we drove over to Cedar Breaks National Monument. 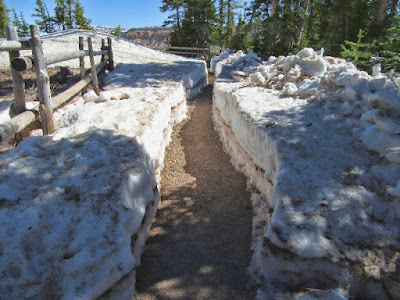 Most of the trails were closed for obvious reasons... 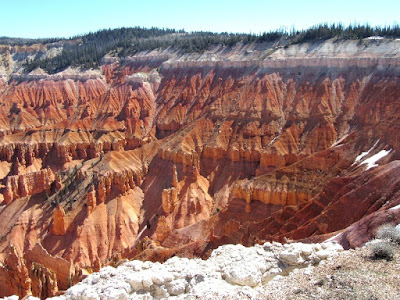 But the views were still great. 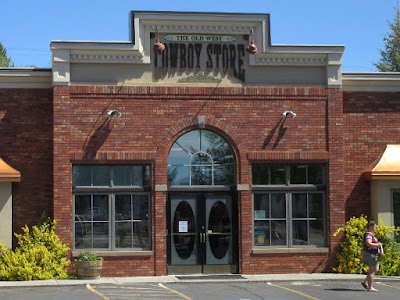 Back in Panguitch, we stopped at the Cowboy Store so I could get some prices on the cowboys. But no one wanted to give me a deal...

I'm actually caught up on the blog, because I'm on my way to yet another continent. I won't be posting until I get back, but I will put pictures on Facebook. Yippee! Can't wait!