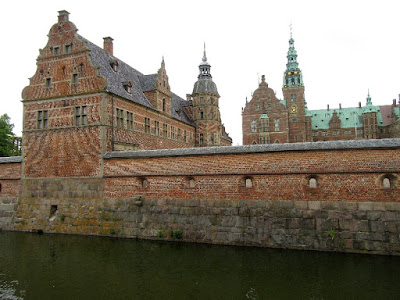 On our next day in Copenhagen, we first took a train to Frederiksborg Castle. Built at the time of Christian IV (1588-1648), it was restored after a fire in 1859. It now houses Denmark's Museum of National History. 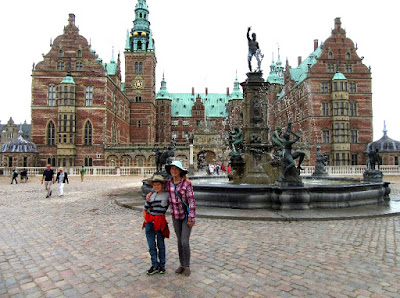 Mara and Jonathan posing in front of the big fountain. 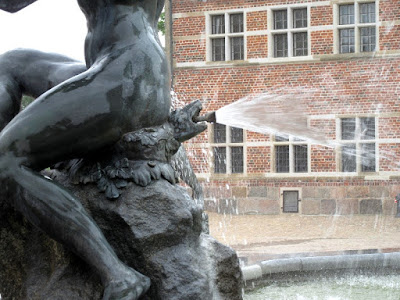 Whoever made these fountains had quite a sense of humor! 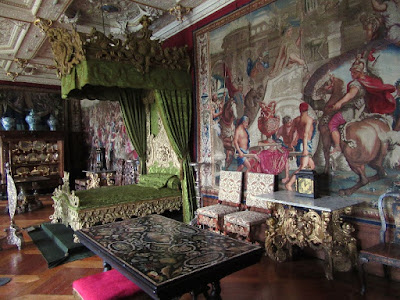 Inside, the bedrooms were magnificent - 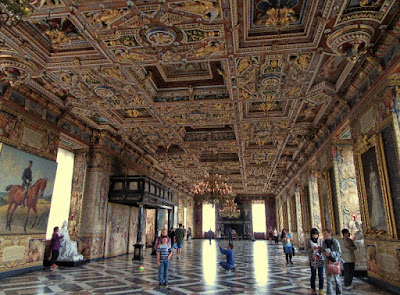 As was the Great Hall. 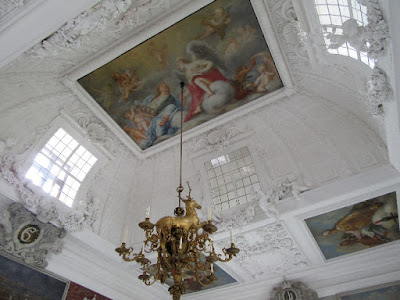 And once again, the ceilings were very interesting. 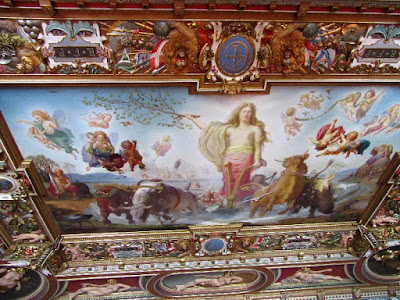 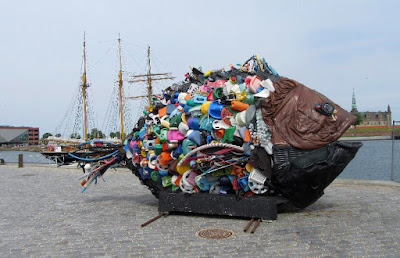 We then took another train to go to Kronborg Castle. On our walk from the train station, we saw this fish made out of refuse. 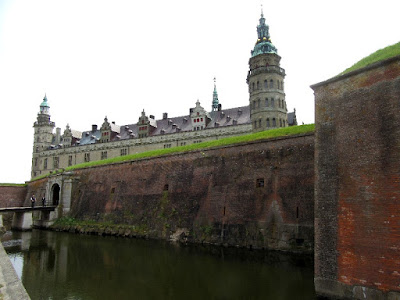 Kronborg Castle is located on the narrowest passage between Sweden and Denmark. It looks more like a fort, surrounded by a moat. 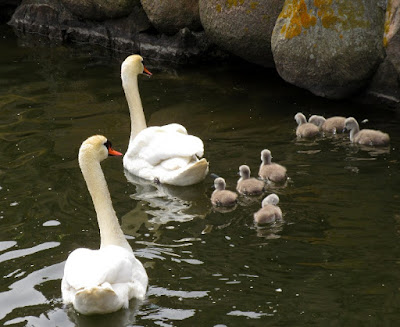 In the moat were lots of "Ugly Ducklings," although they looked awfully cute to me. 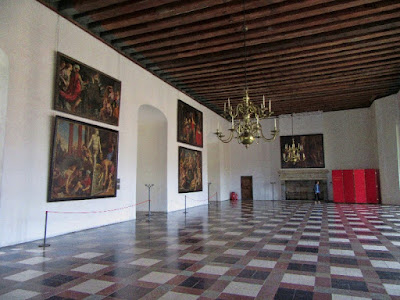 The inside of the Castle was not as spectacular as Frederiksborg Castle, but still interesting. 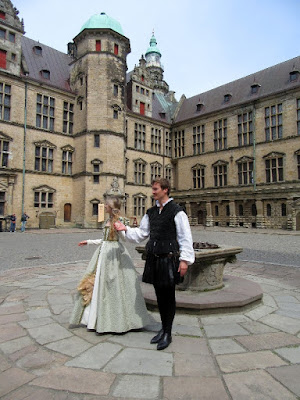 The castle is also known as "Hamlet's Castle," and we got to see actors in authentic costumes. 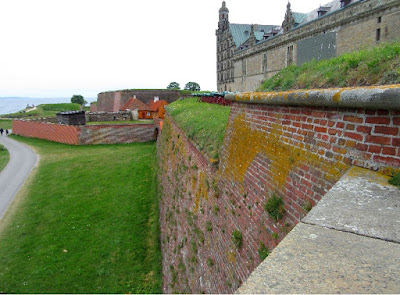 One last shot of the wall around the castle. 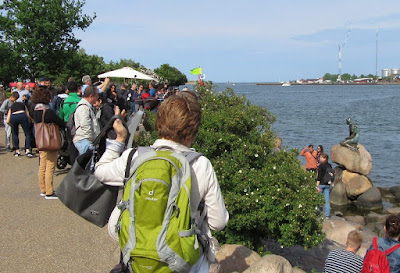 We then took another train back towards the center of town to see The Little Mermaid statue. It's a very popular tourist attraction. 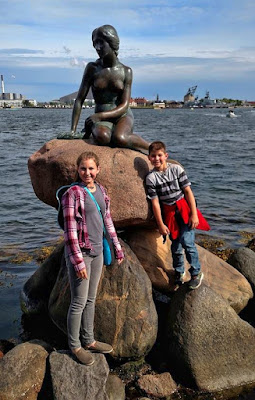 But Mara and Jonathan managed to get their photo taken with her. 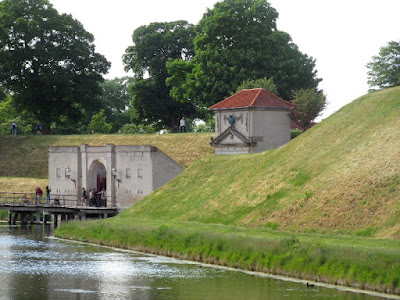 From there we walked over to Kastellet Fort. 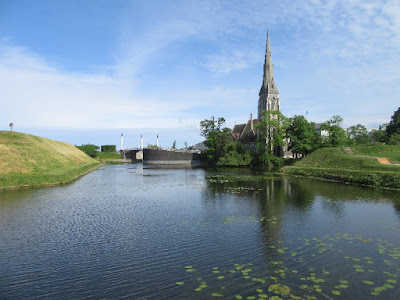 It's built in a large star shape. 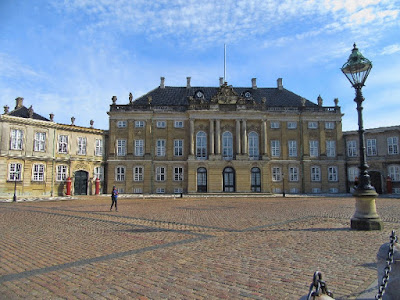 And if that wasn't enough, we walked over to see the Palace, sometimes still used for royal functions. 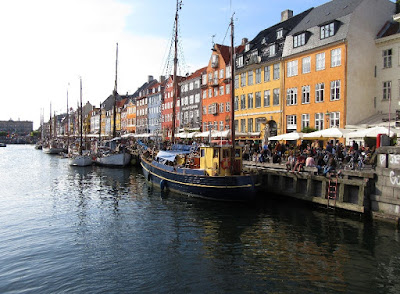 One last look at the colorful buildings along the waterfront. Tomorrow, we are off on a new adventure!